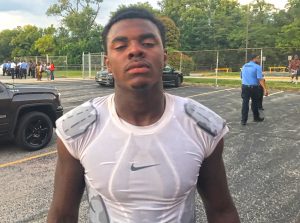 Top 10: A look at the top standouts from Monday afternoon’s game between Hazelwood Central and Hazelwood West.

District rivals Hazelwood Central and Hazelwood West took the field for a rare Monday afternoon tilt. The visiting Hawks rallied from an early 12-0 deficit to take a 15-12 victory over Hazelwood West.

Here is a look at the top standouts from the Hazelwood Central-Hazelwood West game.

A major Division I prospect who excels at tight end and linebacker. He displayed good hands, catching five passes for 54 yards. He also led the defense with eight solo tackles. He runs well and can pursue the ball on defense. He also plays the run well on the inside. 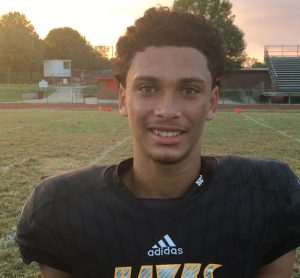 The junior receiver scored both of Central’s touchdowns with two very athletic catches. He made a leaping catch in the back of the end zone for the first TD, then made a leaping catch where he high-pointed the ball at the peak and brought it down for the winning score in the fourth quarter. 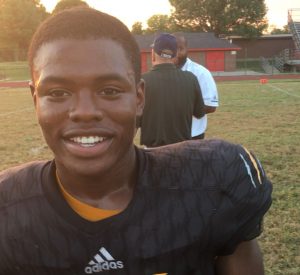 A physical defensive back who is very good in run support. He has good speed and can really pursue the ball well. He has been the Hawks leading tackler through the first half of the season and that continued on Monday. 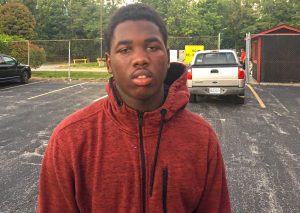 A big tight end with excellent speed as displayed by his 82-yard gallop for a touchdown in the first quarter. After making the catch in the flat, he made a nice move to evade a tackler and he was off to the races. He caught two passes for 100 yards on the day. 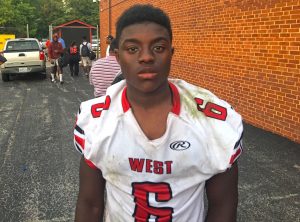 An elusive quarterback who was an excellent threat as a runner and a passer. He finished the game with 227 yards passing and one touchdown while rushing for 92 yards. He was under siege from Central’s pass rush for much of the second half and he did a fine job of running round and extending plays.

A talented defensive end who helped lead the Hawks’ strong defensive effort in the second half. He came up with a big sack in the fourth quarter and also did a nice job keeping constant pressure on West quarterback Darius Cooper. He plays with a high motor. 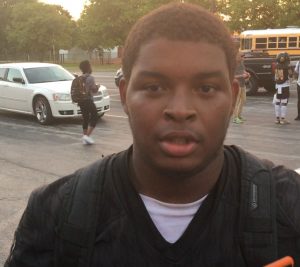 A strong defensive tackle who had an excellent game and had quite a presence on the interior for the Hawks. He brought good pressure up the middle and had a big quarterback sack in the fourth quarter.

A high energy linebacker who really runs to the ball and gets in on many plays. He had two quarterback sacks and a number of solo tackles on the day. He is a physical performer who tackles well and can deliver a hit.