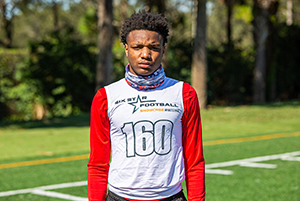 Blackburn is like having an extra linebacker on the field at all times, a very fast and downhill play making Defensive Back in the 2023 class from Cardinal Gibbons, 6’1, 180, Blackburn also has some extra length to his frame in the secondary unit.  HIs play making skills and cover skills are spot on impressive also, has some of the better instincts on reading and reacting to a pass play that we have seen, a quick player to read the play in front of him and then anticipate the action and be right at the ball or on the ball in the air reading the QBs eyes to make a big play on the football.
💼  FILM https://www.hudl.com/profile/15956985/Jaden-Blackburn 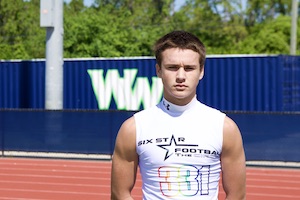 A very impressive athlete at the Orlando Showcase, 6-0, 168 defensive back and a junior to be this year for Navarre, Briley has some good speed and reports a 4.76 time in the 40 yard dash and is a very smart and very active play maker on the football field.  One of the guys that is a very strong and physical DB pound for pound at 168 pounds has the bulk and toughness that impresses also and is one of those guys we think can also be a blow you up kind of physical tackler and play maker.  Makes a lot of quick reads on plays and has a very good understanding of the game. 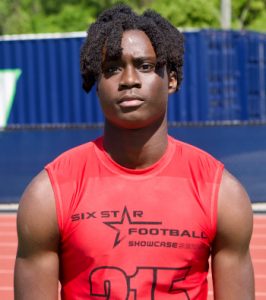 No doubt when you look at athletes that attended the 6Star Football Showcase in Orlando, Campbell was one of the best looking and most athletic players that we saw in action there. Strong build and upper body frame for some power and drive on tackles from the secondary unit at Blanche Ely. Campbell is a player that can play the corner spot with bot quickness and physical play that can be a tough player to handle for WRs trying to get space and make a catch in the open field, Campbell is that type of athlete that can really throw a receiver off his game and push his man around to claim the win in the matchup.
💼  FILM  https://www.hudl.com/profile/16035601/Omari-Campbell 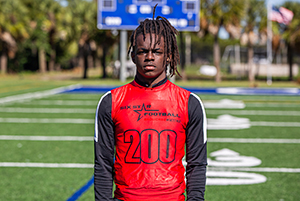 The  speed and physical frame on Horne really make this up and coming class of ‘25 corner from Atlantic a player to keep and have on the high radar watch list for Florida sophomore talents entering 2022.  Horne, 5-11, 155 is also a track athlete and really uses that track speed well on the football field to make some big plays on the football and is a guy that can get to his spot and the football in a hurry, no doubt a guy that has the wheels to make a load of tackles from the corner spot this upcoming season. Track speed on the football field, very impressive looking athlete with a big football future ahead of him.
💼  FILM https://www.hudl.com/profile/16888615/Tavius-Horne-Jr 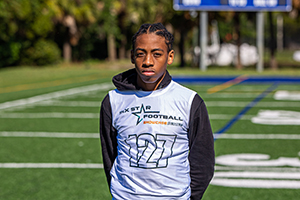 One of the younger talents that was an exciting play maker at the Boynton Beach Showcase from his corner back spot, this class of ‘26 competitor is from Zarephath Academy, and is a player that has the speed and motor to be a very good high school player, will be just a freshman this upcoming 2022 season and is a player that could see more and more varsity action with his skillset and speed. Is an excellent mover in space and one of those guys that can step in front of the ball and make a big play on the football for a pick or bat down the pass, excellent in the passing lanes and a player that is lean and quick to the football. 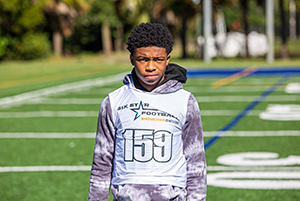 There were a few class of 2026 corners that really caught our eye at the Boynton Beach Showcase and one name that was a standout performer was Wilson’s Gavyn Smith.  Smith is a player that is a smart player on and off the football field and is one of those athletes that can make big plays happen with quick reads and quick feet. Smith
Smith had a 30.5 inch vertical at the Boynton Beach Showcase and an 8’8 distance in the broad jump, both very good numbers among young names to know at the event.

Thompson is a very impressive athlete in the 2024 class from Coconut Creek High School and has a ability to play both corner and some linebacker as needed, no doubt his speed at either spot is there for big plays and can be a force on that outside edge both against the run and as a corner that can step into and jump routes and take the ball the other way with his impressive play reader and quickness to the football, either on the ground or through the air, Thompson is a player that can fly to the football and be a guy that is always around the ball and at the point of attack.
💼  FILM https://www.hudl.com/profile/16302785/Travis-Thompson 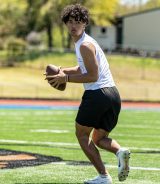