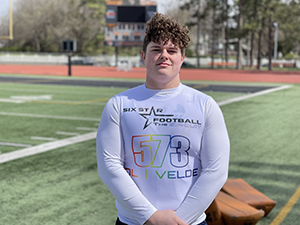 NE SHOWCASE COVERAGE | Rising Defensive prospects impress in Nebraska — We look at some of the  impressive rising defensive prospects who made some noise at the Six Star Football NE Showcase on April 24 at Doane University in Crete, Neb.

Here, Six Star Football takes a look at several of the top offensive players that have received All-America invites.

@jackallen50
Allen is a good framed 6-2, 220 DL from Aurora, a player on the line that can be a force and has a knack for being one of the most physical players on the football field, Allen can play either side of the line very effectively and has the power and grit to be a good senior prospect this upcoming 2022 season. Also an excellent leverege big man that uses his wrestling background well on the football field also. 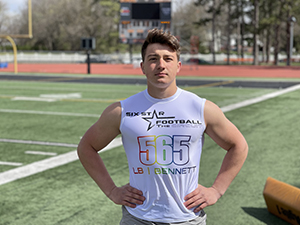 @HaydenBennett24
Bennett has been one of the athletes that is a topper among out Western Region must see football players and hot prospects. Bennett has showed some very impressive footwork and agility on the football field and is one of those players that can really use his speed to be a two way standout at RB or linebacker, 203 pounds also, a player that continues to do a nice job of keeping his speed while putting on some nice muscle mass as well. 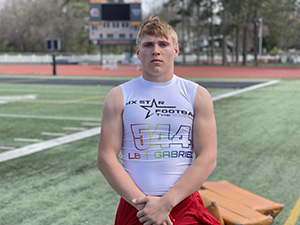 @RyGabe2023
Gabriel was an impressive looking athlete at the 6Star Football Showcase in Nebraska and tied the top overall broad jump mark of 9’4. A guy that has an impressive looking linebacker frame at 6-1, 220, Gabriel is one of the risers on the Ord team and is a player that looked like one of the standout athletes at the 6Star Football Showcase. Tenacious and relentless pass rusher that is a get after it player with a ton of heart, a big motor and a lot of energy, very hard player to block in the trenches also. 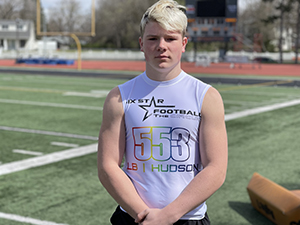 @HankHudson11
Hudson, a 6-0, 205 linebacker from Boone Central, is a player in the 2024 class that we like for being a two way standout, tough as nails, can play a physical middle linebacker or be that power blocker in the trenches on the offensive line that can blow up a defender and be a guy that wins those one on one battles with ease and power up front. 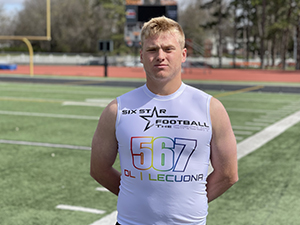 @JrLecuona
One of the most dominant big men in Nebraska football and a class of ‘24 brute physical force up front for Millard South, 6-3, 240 no doubt a man’s man in the trenches that holds both leverage and pure toughness as major edges over his foes. You won’t find guys with his size and movement to make plays on the DL very often, rare talent and athletic skills for one of the guys that is a blow up prospect in the 2024 Nebraska D-Line class. 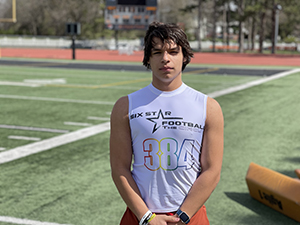 @KristianMcCoy16
A speed backer from the Millard South program 5-8, 170 McCoy may not be the biggest linebacker out there but can make up for that with his impressive speed and abilities to be a play maker that can cover the entire field very well and be a lateral movement defender that is speedy and smart on the football field. Is a very hard hitter also and can also use his speed as a wideout on the offensive side of the football. 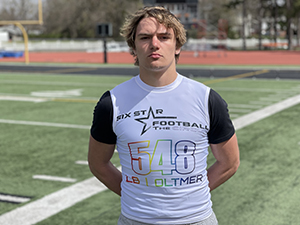 @OltmerAj
Oltmer has the fifth best distance in the broad jump at the 6Star Football Showcase in Nebraska, a mark of 9’1. Oltmer was also a top 10 overall performer at the Showcase in the vertical with a mark of 31.4 inches. A guy that was a really impressive standout and player at the Showcase, Oltmer is a player at LB that can use his speed as a middle backer and enforcer, has rare speed for a middle backer and is one of those big time pressure against the run play makers to take some major notice of.

@kadence_velde
Velde earned MVP honors at the event at Doane University and showed why he is a pure power and guy that is one of the elite physical big men we have seen on a Nebraska football field Velde uses strength, leverage and power to take over a game and be a force in the trenches. 6-3, 275 and a huge man that is built like a tank and runs guys over like one also, this York senior to be should be one of the emerging star prospects for the radar in the big man class of 2023 this year.