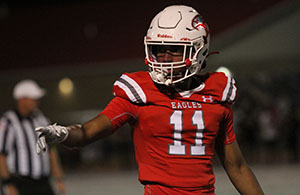 Six Star Football takes a look at several of Missouri’s area’s top  uncommitted senior prospects to know in the 2023 class who have put together strong seasons and have drawn significant college interest in the process. 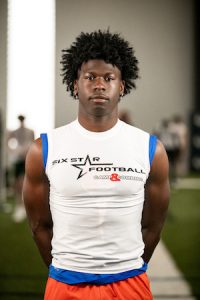 A transfer over from East St. Louis, 2023 WR Cardinal Ritter Ryan Boyd is putting together a huge senior season for the Lions, hauling in 39 passes for 797 yards and ten TDs, averaging more than 20 yards per catch in the process. He has good size at 6’0, 182-pounds, is an elite route runner who get out of breaks quickly. He shows strong hands, good body control and is tough to contain after the catch. He pulled in early Division I offers from UConn, Western Illinois and Long Island and drew a recent offer from Central Missouri.

Also a basketball standout, Nixa 2023 Kael Combs put together a big senior season for the Eagles, helping the program to a 10-2 record before bowing out in a hard fought game against Lee’s Summit North in the district championship. Blessed with good size at 6’4, 195-pounds, Combs has strong hands, good speed in the open field and is at his best in the red zone where he is a tough match-up for opponents. In 12 games this season, he led Nixa with 39 catches for 621 yards and four TDs. 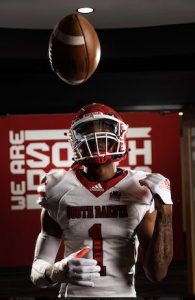 One of Kansas City’s top WR prospects, Fort Osage 2023 Larenzo Fenner  is a talented receiver who can make plays in the open field. He was among the city’s leading receivers, hauling in 48 passes for 673 yards and seven TDs and has the Indians win a district championship. Fenner has terrific downfield playmaking skills, able to haul in tough passes and has good breakaway speed in the open field. He has drawn offers from South Dakota State, SEMO, Southern Illinois, Lindenwood, Northern Iowa and South Dakota, and has drawn interest from several other programs as well.

Park Hill 2023 Dayton Howard might be the state’s biggest riser at any position in the senior class as the talented WR took his game to new heights this season and has drawn the eye of Power 5 coaches in the process. At 6’5, 195-pounds, Howard has elite size and athleticism and shows the potential to add good muscle mass and size with age. He is a smooth athlete who  runs exceptionally well, has strong hands and is a terrific leaper, able to climb the ladder and make effortless catches in traffic. Howard could develop into a hybrid tight end type thanks to terrific size and frame and could be a match-up nightmare for opposing defenses at the next level. 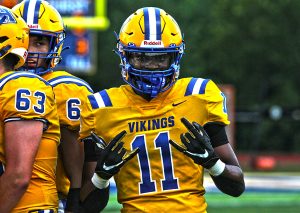 A standout two-way prospect, Francis Howell 2023 Taj Gurley is a four-year varsity standout who is a playmaking wide receiver and tough, physical defensive back as well. At 6’2, 200-pounds, Gurley has terrific size, is a strong, physical downfield blocker who can help spring big runs in the secondary, and has big play abilities at receiver. Playing on a deep and talented offense, Gurley caught 17 passes for 270 yards and four TDs, while making 60 tackles on defense. He recently picked up an offer from Missouri Southern, adding to a list that includes Western Illinois and Missouri Baptist.

A big play threat on the outside, St. Mary’s 2023 Chase Hendricks is putting together a huge senior season for the state’s No. 1 ranked squad. He caught a team-high 31 passes for 733 yards and ten TDs, while averaging 23.6 yards per catch in the process. Hendricks can take a top off a defense with his ability to get behind defenses and haul in deep passes and shows good speed and quickness with the ball in the open field. Hendricks drew a recent offer from Miami (OH), Ball State, New Mexico State, Lindenwood, Arkansas State, Iowa, West Virginia and is drawing interest from several other programs as well. 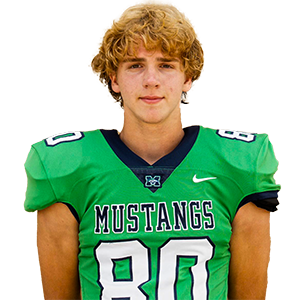 Marquette 2023 WR Gavin Marsh put together a record setting season for the Mustangs and finished the regular season as St. Louis’ leading receiver with 1,284 receiving yards. Marsh hauled in 62 passes, averaged more than 20 yards per reception and had 15 TD catches. Marsh shows the ability to get off the snap and into his route quickly against top defensive backs. Marsh has strong hands, good quickness and can make acrobatic catches. He has picked up a PWO from Mizzou, and offers from Eastern Illinois, Dayton and Valparaiso, and has drawn interest from several other programs as well.

One of the quickest prospects in the St. Louis area, CBC 2023 Dakotah Mayo is a talented athlete who can play in the slot, create mismatches in the underneath game, and is a terrific special teams player capable of big returns. He hauled in 18 passes for 338 yards and six TDs. At 5’10,  At 5’10, 175-pounds, Mayo reports a 4.39 laser timed 40-yard dash and a 10.6 100-meter dash snd held 12 Division I offers at last report, including Air Force, Florida A&M, Army, Navy, Eastern Michigan, Toledo, Miami (OH) among others.

A big play threat on the edge for Lutheran St. Charles, 2023 WR Michael Parr Jr. can get behind a defense for big plays and put together a big season for the Cougars. He hauled in 25 passes for 536 yards and six TDs, averaging 21.4 yards per catch. He was an all-state selection last season and has drawn offers from SEMO, Lindenwood and Western Illinois and has drawn interest from several other programs as well. 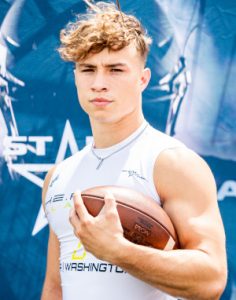 The loss of do-it-all athlete Dante Washington was a crushing blow for the Cardinals this season as the talented senior was dynamic on both sides of the ball and on special teams before suffering a season-ending injury in early September. At 5’11, 165-pounds, Washington was a standout performer at TheFINALS All-America showcase in May and opened the 2022 season strong, including scoring four TDs against Carl Junction. Also a standout basketball player, Washington has terrific speed, quickness and the ability to create space as a route runner. He drew an early offer from Valparaiso.

Seckman 2023 WR Anthony Westervelt has gone from a relative unknown on the recruiting scene prior to the season to a bona-fide NCAA Division I prospect. At 6’4, 180-pounds, Westervelt has terrific size and is a strong leaper, capable of climbing the ladder and winning jump balls in traffic, and uses his frame well to shield off would-be defenders. Westervelt shows strong hands and the ability to make tough catches, and has good speed in the open field. He earned first-team all-conference honors after hauling in 21 passes for 426 yards and seven TDs in seven games. Westervelt drew a PWO from Division I  SEMO on Nov. 10, and took a game day visit to Indiana State on Sept. 18. Also a basketball standout, he has drawn an offer from Webster and interest from several others.