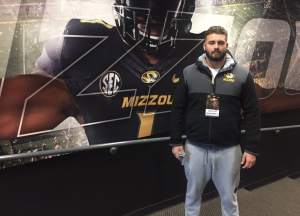 Six Star Football takes a look at several Missouri athletes who have announced their college decision.

This list will be updated every Friday. Know of a player who has made a college commitment recently, drop us a note at sixstarfootball@gmail.com.

We’ll be honest, sometimes when you cover hundreds of kids across an entire state, you can miss a kid here or there. Sederwall is definitely one of those kids. His film is impressive, armed with a long, lean frame, the kind of size at 6’6 that college football programs look for in an offensive lineman, and at 275-pounds, he has a lot of room to grow. He is a PWO at Mizzou, but honestly, he looks like he could be a scholarship guy to us. Definitely a steal for Mizzou and an athlete with some upside. 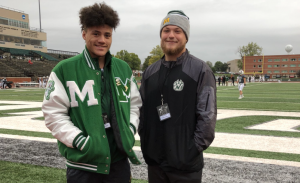 Tyler
Houchin
LB | 6'0 | 210
Maryville | 2019 and committed to his hometown team. Dowis is a talented athlete who starred at running back this season earning all-state status, but we see an athlete who could help a college team at multiple positions. He is good size, athleticism, runs well and could be a game-changing receiver. Also a standout basketball player, Dowis likely could have found a home at the next level in that sport as well. 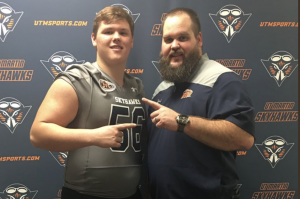 Floyd announced him commitment to Division I Tennessee-Martin on Dec. 2. He didn’t really get a lot of hype throughout the season playing for small school Jefferson, but he is definitely among the state’s premier small school prospects in the 2019 class. He is blessed with good feet, athleticism and a strong, powerful frame. His footwork is notable and has strong hands and an excellent feel for his position. He locks on to his opponent and is great at making holes for the run game where little room is available. 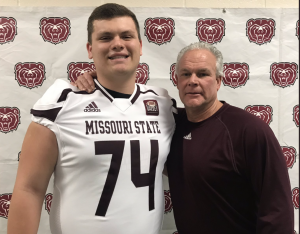 Hutchison is a strong, powerfully built offensive lineman with a lot of versatility, playing all over the line during his career at Raymore-Peculiar. He has played tackle and center this season and we see a player who could easily transition to guard at the next level. He is a strong, powerfully built run blocker who can overpower defenders at the line. He committed to Missouri State on Thursday, joining a growing list of Kansas City area commitments for the Bears.

Thomas announced his commitment to Graceland on Dec. 4, choosing the Yellowjackets over Arkansas Baptist, Hastings College and others. He is a powerfully built runner who shrugs off arm tackles, runs with a low center of gravity and can be difficult to wrap up and get to the ground. He also shows some versatility, catching the ball, splitting out wide, and serving as a tough blocker. 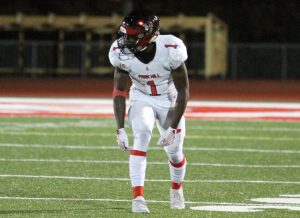 One of several KC area athletes that have committed to play at NCAA Division II power Northwest Missouri State, Webb is a talented receiver combining terrific speed, quickness and athleticism. He can make tough catches in the middle of the field, get behind a defense and is a terrific runner after the catch. He caught 21 passes for 273 yards and two TDs this season, and caught 35 passes for 348 yards and four TDs as a junior.