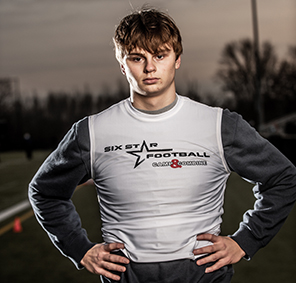 Here, we look at several of the day’s most talented tight end prospects.

A multiple position prospect who has a lot of power and upper body strength. He is great at shooting off a line and can wrap up an edge rusher and push them out of the way for the run game. Gish has promise overall and is a talented receiving option as well. At 6’5, 230-pounds, he’s explosive as a blocker he’s asked to make plays and keep athletic defenders out of the way of the ball. As a receiver he also shows promise, some good mobility and speed for his position and has good instincts along the sideline as well. He has a terrific frame that projects well long term with potential to add muscle mass with age and is a player college programs should be tracking this offseason. 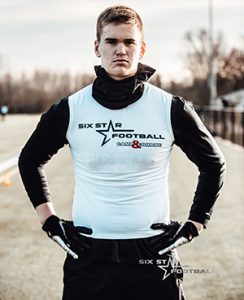 A good sized tight end who can block well and use his frame and physicality to make plays. He gains momentum as he goes and looks to use power and overall strength to his advantage when matched up against a seasoned pass rusher. He’s a young player and has good hands and he plays well and looks to contribute and extend to make catches. Also improved force off the line and has been working on his speed as well. 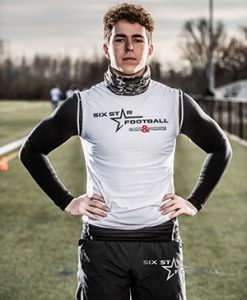 He’s a tough and physical two-way prospect who also sees time as a linebacker who can get to the backfield and stop the ball carrier and even get to the quarterback. He averaged 11.7 yards receiving this season on 23 targets with 269 yards, two touchdowns after only five games. Butler brings a combination of tools to the field, showing strong speed after the catch, solid leaping ability and athleticism as well. He gets his fair share of targets, as he is great at bailing out plays and can even make big games and smart plays after the catch. A well-built player for Lafayette who shows some flexibility. 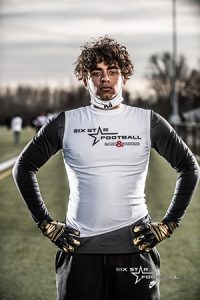 Echternach is a talented player who has an ability to get open down the field and make plays over the top. He’s a young player still with a developing skill set but he brings a lot of tools to the table. He has good size and weight and a lot of power and force off the line. Echternach can make blocks and move opponents out of the way and can stay on his feet and handle some pressure and take some hits well still protecting the ball and even moving the chains or creating opportunities in the red zone. 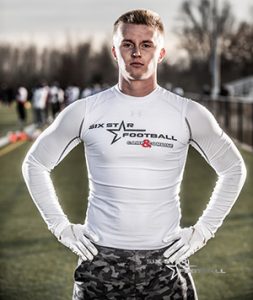 A first team all-area TE who has good speed,precision to his routes and the ability to turn and catch balls when he’s off balance. Erickson currently holds a D1 offer from Valpariso and his dominance this season gave a glimpse of what he’s capable of. He is quick and has good timing and he can stay on his feet and shake off would-be tacklers in space and continue to march down the field. A player not maxed out physically but still a strong and capable blocker and one who can even see time outside the numbers as well. 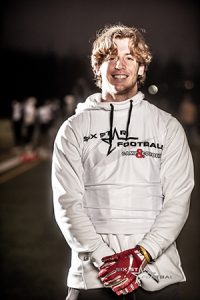 A first team tight end selection who also showed up well on the defensive side of the ball. He’s a productive athlete with a nice frame and a relentless nature in the weight room. Ganson has drawn some college interest including Missouri Western and he has a lot of potential and a frame and skill set that will continue to develop. He improved his speed and play making ability overall and had a strong senior season with 15 receptions for 283 yards and six touchdowns after six games. He also had 23 tackles, two sacks, four tackles for loss and one interception 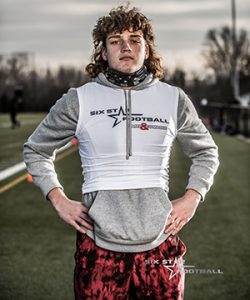 Ginnever is a player who can’t help but make plays. He has a way of finding separation in his routes and he has the speed and toughness to make opponents pay for not double-teaming him. A player who really exploded this year on offense and his numbers showcase the wow factory he had this season. He averaged 28.4 yards per reception on 13 targets and had 369 yards and three touchdowns. He also saw some time on defense, but offense is where he really makes an impact. An important piece and the kind of player that programs look for given his productivity and athleticism. 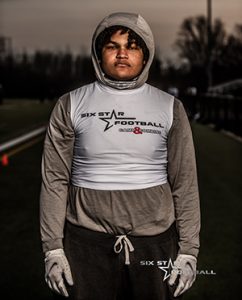 glass is a physical prospect and a good blocker who can also burst off the line and find himself open in the middle of the field. He has good speed for a player at his size and good hands as well. You can catch opponents off guard when acting as a receiver as he he looks to get open and then turn and push his way down the field. 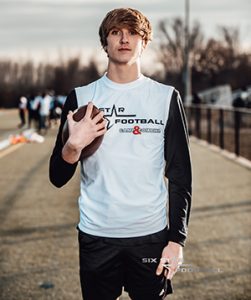 One of the more interesting prospects in the area given his length and size and ability to stay on the move when the play is breaking down and the QB is forced to scramble. Minton is an unusual player who has bounce and solid hands and a large catch radius. He still has room to grow physically but he has good touch and footwork around corners and tight spaces and is also a solid player in the red zone. A nice player to keep your eyes on moving forward. 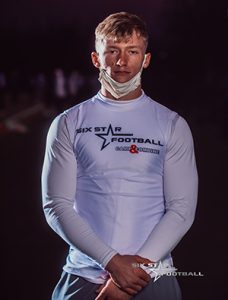 Otiker may be counted on his receiving abilities more than his blocking, but don’t let that fool you. He’s a strong and muscular player who has a good frame and a lot of power and upper body strength. He has strong arms and good hands and shows a lot of speed and the ability to cut quickly and lose defenders who are on his tail. He’s a shifty player and he also looks sharp coming out of the slot position as well. He can handle physical play and come up with the ball in tight situations. A multiple sport athlete who works hard during the off-season. 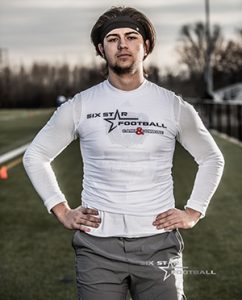 Paul is a strong and physical two-way player who has good size and strength and a lot of power and torque coming off the line. He can see time as a defensive lineman given his frame and makeup but also has a fair amount of skills needed for the tight end position. He has good hands and shows the ability to block and make plays down the field. He has a good work ethic and shows up to compete who can make a big impact. A hard-nosed underclassmen  who has a good work ethic and a good upside as a power player. 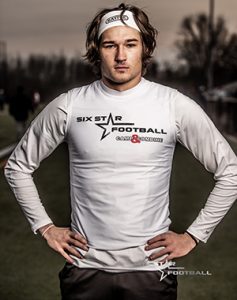 A solid all around athlete who can play nearly anywhere he’s asked. He has good size and strength and just has a way of being in the right place at the right time. Taylor runs well after the catch and can use his leverage and balance well to his advantage. He’s a flexible athlete and has good hands and potential at the receiving position. He’s also a solid return man given his ability to avoid contact while smartly using his blockers to his advantage. He’s a motivated player who’s hungry to perform and he can produce wherever he’s placed.

★INSIDER: A Glance at Hot Recruits for Linebackers in the senior class

★INSIDER: Up and coming young prospects to know (2025) 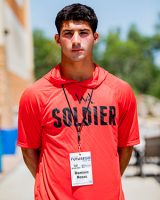 ★INSIDER: Fab Freshman WR list of hot prospects in the ’25

★INSIDER: Top underclassmen that are big stock risers and top athletes to know