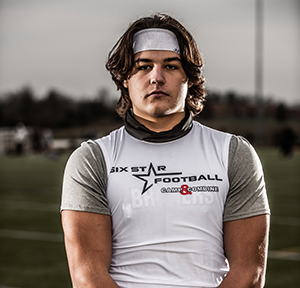 Here, we look at several of the day’s most talented LB prospects. 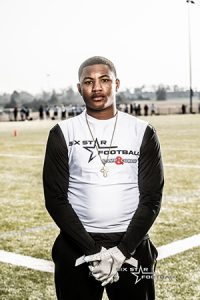 A very impressive younger player, Allen was one of just a few fab freshman LBs that competed at the 6Star Football Combine in St. Louis and really has the looks and the fell of being an impressive ‘24 in the Illinois LB class.  5’11, 219 pounds  Allen has the build to be able to hit like a mack truck and should be one of the more exciting middle men in the coming year for the Marquette Catholic (Ill.) linebacking core.  Had a very respectable 30 power ball toss and a 8’0 broad jump as well. 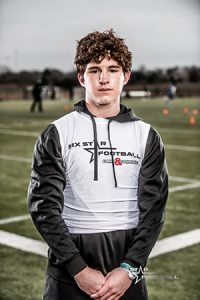 A very impressive younger play in the fab freshman class of 2024 and an Illinois player that 6Star Football Combine was excited to have attend, Brown looks to be one of the promising LBs in the core of the Edwardsville defensive unit and has all the makings of being a very impressive player over the course of the next three seasons. Brown had a 8’0 broad jump and a 29.5 powerball, looking good as a freshman and a player that we think has  a very bright future.  Also had a great and athletic build for being a tough and sturdy backer in the middle. 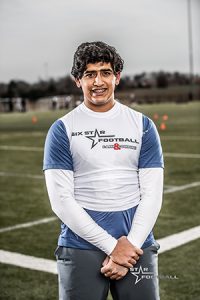 An impressive younger player in the super sophomore class for the impressive John Burroughs club, we like the skills and overall frame of the 5’10, 203 pound Anil Dharmarajan. At 5-10, 203 pounds he packs a punch.  Dharmarajan turned in numbers of 29 in the powerball, 7’9 in the broad jump, and a 4.62 in the shuttle at the 6Star Football Camp and Combine  in St. Louis and is for sure a player we think has some very nice potential. 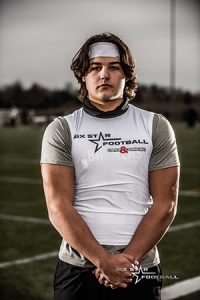 A very impressive super sophomore from CBC, the class of ‘23 standout LB has a good frame and is a play maker at 6-2, 218 pounds.  No doubt has the size to be very impressive indeed.  Franklin Had some very solid numbers at the 6Star Football Combine in St. Louis with a powerball toss of 33 and a broad jump of 8’2 among his best performances. An all out very aggressive hard hitting let you have it old fashioned style backer that brings it each and every down, we could see Franklin being one of the most feared LBs in the area over the course of the next two seasons. No doubt a guy that looks to deliver a knockout hit and is a fine play reader.  A very impressive class of ‘23 play maker on the must know list in St. Louis. 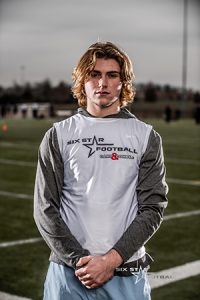 Nash Kell of St. Dominic is a player that is one of the impressive ones among LBs in the super sophomore class in St. Louis.  The class of ‘23 St. Dominic standout has a 6-0, 182 pound frame and is a player that should be on the high watch list for talent and skills. Kell is a player that has been an all out aggressive play maker and a LB that likes to level  the opponent in the backfield. Shows good acceleration and an ability to explode through his tackles. Also a fine hands TE prospect that can deliver  powerful blows after the catch along with being a special teams hard hitting standout.  A very impactful LB that can make plays all over the field and be a major force.  One of the more impressive hard hitting play makers in the class of ‘23. 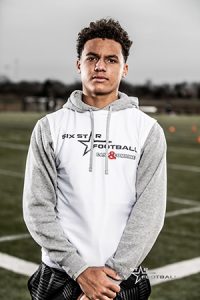 Marshall is one of the most impressive fab freshman prospects in the ‘24 class in the state of Kansas right now and no doubt is a player that we think will be one of the top linebackers on the radar very soon.  Has a nice athletic build at 6-0, 177 and shows good  speed and play making skills on the field for the talented Aquinas club. Marshall had a fine showing at the 6Star Football Combine and had a broad jump of 8’2 and a 27 in the powerball. We look for Marshall to be one of the key playmaking Linebackers in the coming years for the Aquinas team and expect him to be among the tops for Kansas class of ‘24 Linebacker prospects. 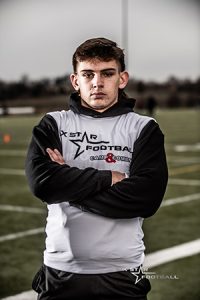 Taking a look at the best of the best in the Kansas super sophomore class, no doubt Maize South’s  Conner Neill is one of those elite playmakers with major athletic skills that is high on the radar for best of the best.  Neill showed again why he is a legit young player that deserves to be among the tops, his shuttle mark of 4.09 was the best among all linebackers in a huge group at the 6Star Football Combine in St. Louis.  Neill also tied for the third best broad jump among all linebackers with a distance of 9’6 and was fourth overall among LBs with a powerball toss of 37.  No doubt one impressive athlete and a guy that is a pure best on defense for Maize South. Impressed in 2020 with 54 tackles, 32 solos, and had 3 sacks as a key pressure man from the middle.  Has numbers of a best time in the 40 of 4.52, can bench 295, squat 405 Squat, and can clean 300. 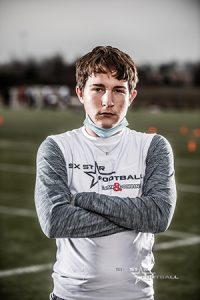 One of the more impressive looking athletes in the class of ‘24 at the 6Star Football Combine in St. Louis was Illinois product and Marquette Catholic young standout LB Jack Robinson.  The 5-8, 160 youngster is a player that will be one to keep an eye on in the coming years for the very talented Marquette Catholic program and a player that has a good upside as a player reader and tackler in the heart of their defensive unit. 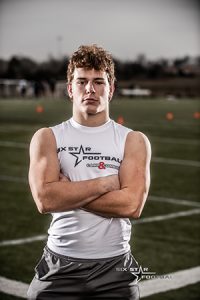 Stivers is a good looking Linebacker for Seckman, one of the two LBs that attended the 6Star Football Combine in St. Louis from Seckman, Stivers is a man in the middle and a super sophomore class of ‘23 playmaker that we think has a big upside and is a player that can use his speed to make key plays in the middle of the Seckman defensive unit.  A player that should be very exciting to watch in the course of the upcoming 2021 and 2022 seasons. Racked up 26 total tackles, had two sacks, and added one fumble recovery on an impressive 2020 season. 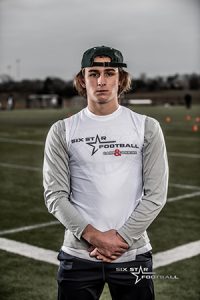 Cameron Wright of  DeSmet is one of the up and coming super sophomores from the big time program that is looking like he could be a very impressive man in the middle for the team.  5-10, 182, Wright will be a linebacker that will  rely heavily on his speed and play making abilities to make key plays in the middle.  Had a good looking power ball at 31 and a broad jump of 8’6, both fine numbers at the 6Star Football Combine in St. Louis. Talented  outside backer with speed and nice instincts to make hard plays on the outside edges, Wright has a lean and physical looking frame.  Can play against the run of the pass well and has a high football IQ.

KANSAS CITY SHOWCASE: Top DBs in the ’22 that are big stock risers to know