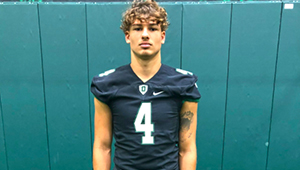 Orlando Area rising junior QB Prospects to know (2023) – We look  at some of the top ‘23 class junior Quarterback prospects coming up, guys that will look to be big senior leaders ahead in the upcoming 2022 season.  Among those names are David Elders of Colonial, and Bishop Moore tandem Riley Willis and Quinn Niemann

@ChaseQB3
Carter is one of the most promising up and coming QB prospects in the Orlando area and can do a lot of things at a very high level for Edgewater High School. Chase is one of the tops in the area at putting a great touch on his passes and has some impressive ball placement to be able to drop passses in just the right spot for his WRs to make big plays on the ball.  Carter also is a QB that excels under pressure and can make the most on any play and find his man under duress.  Big time talent and a player on the high radar list to know.  Carter also reports a 4.0 grade point average in the classroom. 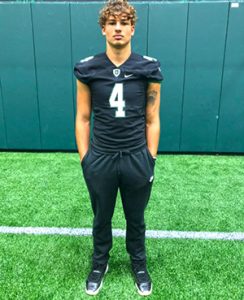 @elders_david
One of the big timers in Orlando, this Colonial junior strong arm is impressive and has jumped onto some college radars, including the likes of Ivy Leaguers Dartmouth, Yale and Columbia, along with Army.  Elders reports a 3.9 grade point average in the classroom as well.  David is one of the QB prospects in the junior class that has a proven power arm and can really rocket the ball down the field along with being poised and being a big leader under center for his offensive unit. 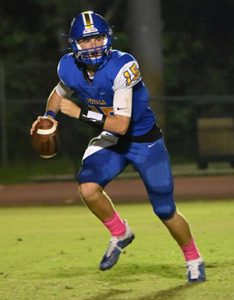 @jamesmcginn_
McGinn is one of those QBs that really stands out in a big time way and is a player to have on the high radar entering his senior season in 2022,  The First Academy ‘23 play maker racked up 870 yards passing this past season and in his 11 games of action had 13 passing touchdowns, went 49 of 97 passing for 79.1 yards per game passing.  Has a very strong arm and can really go to the air and find his open targets well.  McGinn’s powerful arm and size could bode well for the next level, a player that also reports a grade point average of 4.86 in the classroom.

@NickMinerFB
We look at one of the most versatile and dynamic play making quarterbacks in the Orlando area. Miner is a impressive runner, one of the elite speed with the ball in his hands kind of QBs to take some major notice of in the area, Nick is a player that we love for his size and power,  you just won’t find QBs that can bench press 250 pounds, and squat 450 pounds very often like Nick can.  Miner also has a powerful arm and is one of the best QBs in the area at throwing on the run. Miner had 783 passing yards and went 58 for117 passing and passed for five touchdowns.  He racked up 468 rushing yards, averaged  4.6 yards per carry, and had eight rushing touchdowns.

@QNiemann14
Niemann is one of the players that we like a lot in the junior class and a guy ready for a big senior year coming up.  Quinn had 329 yards passing and went 26 for 54 with four passing touchdowns in 2021 for Bishop Moore.  He reports a 3.8 grade point average, and is QB that also plays very smart on the football field. Niemann reports a 40 yard dash time of 4.82 and a 28 inch vertical also showing his  athletic skills are not limited to a strong arm.  Niemann has a great touch on his passes and can make every throw on the field, long and short.  Made camp appearances at major D1s Florida and Central Florida.

@KhariRennie
Rennie could be the hottest QB ‘23 prospect in the Orlando area, no doubt this guy seems to have it all and is a proven baller on the field.  Rennie, who just was named the Offensive Leader of the Year” Award for Lake Nona, racked up a huge offensive output for 2021.  Khari had 1,929 total yards, 378 of those rushing, and 1,551 passing and had a 66.5% completion mark for the year.  Rennie averaged 6.5 yards per rush, and had 17 touchdowns and was the top passing leader in the Orlando area.  Among the list of impressive schools looking at Rennie is Florida International, Tennessee, Pitt, and UCF.

@MakaiElder
Elder is impressive and had a big time junior season in 2021, racking up 1,066 yards passing in his 10 games of action, Elder had seven passing touchdowns, went 85 for 151 for a 56.3% completion mark, and had a 106.6 per game yardage average.  Elder also is a fine runner with the football in his hands and rushed for 336 yards, 4.4 yards per carry, and scored four rushing touchdowns on the 2021 season.  Makai is not afraid to step up in the pocket under pressure and make a big time throw to show off his powerful arm, but also can take off with fast feet and make the defense pay with his legs and speed.

@aidanwarner_3
A big 6-3 inches tall and a solid 205 pounds, Warner is impressive from  Winter Park High School. The junior is a very impressive looking runner with the football in his hands and one of the most elusive QBs in the Orlando area,  Warner had 136 rushing yards and 469 passing yards with six passing touchdowns and a pair of rushing touchdowns.  Warner has a very good football frame and is a QB that has vision ,speed and a strong arm. Warner also is a very fine student in the classroom who  reports a 4.4 grade point average.

@rw3smooth
The nice thing about Bishop Moore is they have some key veterans and a pair of nice QBs coming back in 2022 and Willis was a major productive arm on the 2021 season for Bishop Moore with 1,069 passing yards going 56 for 87 on the year with 11 passing touchdowns and adding 180 yards rushing on the ground.  Willis key strengths are a big arm, and quick feet when he is rushed to escape and create plays down the field.  A good student in the classroom, Willis reports a 3.8 grade point average. 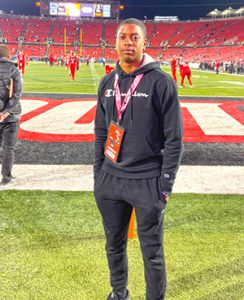 @BraxtonWoodson
The biggest among our top QB prospects for length at 6-3 inches tall, Woodson is a very athletic play maker for Lake Brantley and is one of the elite on talent ‘23 QBs on our list.  Woodson is a play maker that went 28 for 71 passing for 424 passing yards and in his 11 games played had three passing touchdowns.  Braxton is an impressive looking dual threat QB and a player that can really run the ball with anyone at QB  in the Orlando area, no doubt as Braxton finished with 1,240 yards rushing, 8,2 per carry, 112.7 yards per game, scored 12 rushing touchdowns and no doubt his reported 4.51 time in the 40 is a major aide in his success.  Woodson is getting some major D1 looks from schools like Louisville, Dartmouth, Harvard, and Missouri State.