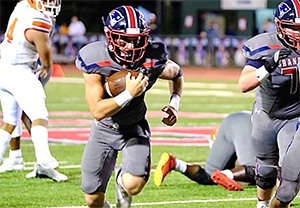 FLORIDA INSIDER | Orlando Area rising young RB Prospects to know (2024-25) – We look at players in the 2024-25 classes coming up that are  big names to know with a lot of talents, players on the horizon of getting big time offers and  players that will be on the radar as the next future rushing stars  in  the Orlando area. 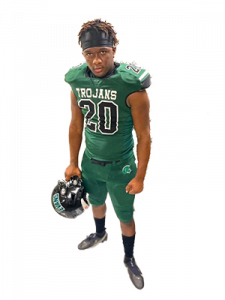 @850G1
Baldwin is one of the top potential stars of the future, Baldwin is a very tough and physical runner that can move the chains and give the offense that extra punch in the lineup every running attack needs.  This hot ‘24 Evans High runner is a back that can really run trough tackles, keeps his feet moving well, and has some extra power and toughness at 200 pounds to run through guys and get past tough hits for big add up yards when he has the ball in his hands. Had 137 yards  in five games and a TD in  2021, could be a 500 plus rusher in 2022 as a junior back. 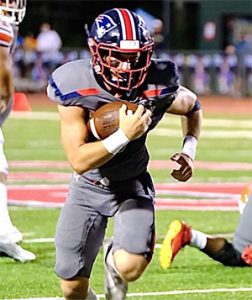 @tavin_hebert
One of the names you hear a lot in Florida football talk, this guy looks to be one of the up and coming top super sophomore talents to know and is a back that has impressed often and early for Lake Brantley. This 5’10, 190 FB/RB is one of the quickest to the whole and a power back as well, great combo of footwork and power, Hebert reports a  40 yard dash time of 4.71 and has already grabbed D1 attention from Illinois. Hebert averaged 3.9 yards per carry in his 11 games in  2021 and is a back to know in 2021 for the Patriots offense. 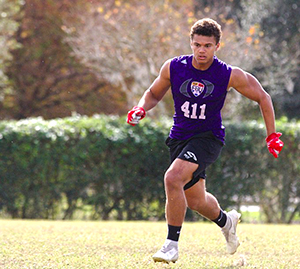 @NathanielHull26
Hull is one of the radar makers in the Orlando area for the sophomore class and is loaded for talent out of their backfield at TImber Creek High School. Hull led the team in rushing as a sophomore this year with 470 yards and a TD on 79 carries.  In his 11 games of action  with the Wolves, Hull had a 5.9 per carry average and a 42.7 per game average. One of the names on the high radar as a top rusher coming back in 2022, two big years left, Hull has the talent to be a 700+ yard rusher in  the coming two years and could be a 1,000 yard guy by the time he  is a senior.
📸   courtesy @NathanielHull26

@JalonLewis21
Lewis is one of the most athletic looking freshman  running back prospects in  the 2025 class and should be a future Huskies star at  Hagerty, Lewis is a lean and athletic speed back, but also can lineup at WR and use speed and good hands in the open  field to make some big time plays happen.  Lewis no doubt is electric and one of the names on the watch list to know entering a big sophomore season in  2022. In his five varsity games had 53 rushing yards and 41 receiving yards and will look to use that varsity experience to be more of a regular in  the lineup as a sophomore in 2022.

@_dukkke
Just a freshman  in 2021 for Edgewater, no doubt Mack has made the big time radar already as a player that can play anywhere on the field and make the big plays happen, 6-0, 175 good hands and speed, Mack is an ultimate weapon that you have to get the ball and then watch him create in space to make a huge play for the offense.  Mack who may project as a linebacker also  on defense has already talked to big time D1’s Florida, Nebraska, FIU and UCF. Mack on defense has been proven big time at  either outside or middle backer, a very smart play reader with a long frame at 6-0, he is like having another DB with speed in the heart of the lineup.

@LaggariusM
One of the most impressive super sophomore running backs  in the Orlando area is Boone’s ‘24 Laggarius Marshall, a  player that has proven he can both run and catch the ball  well, one of those major  versatility kind of weapons you have to account for all  times, Marshall had Sophomore Season numbers of 69 carries for 514 yards and scored four touchdowns with 10 catches, and had 113 receiving yards and had one receiving touchdown.  Marshall can be explosive and is one of the the top speed rushers in the area, a player we look  to chase down  1,000 yards as a junior in 2022.

@JohnScarelli
One of the most impressive looking  young sophomore running backs in the Orlando area, big things are in store for this impressive looking 5-10, 175 super sophomore talent to know. Scarelli rushed for 399 yards on 88 carries, averaged 4,5 yards per carries, and scored 12 touchdowns for the Huskies on the 2021 season.  No doubt this guy makes the most of each and  every touch, we would see him picking up 500 to 700 plus yards on the ground in 2022 as a junior for Hagerty. 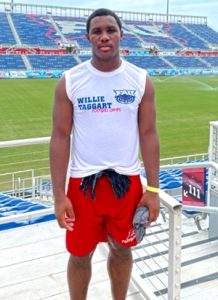 @k28sd
Shields-Dutton is yet another star RB from a loaded for talent backfield at Edgewater, he is just a sophomore also and  is already a hot radar maker with some of the top vision and ability to find the running holes and seems to be in, Shields-Dutton is a very fluid and smooth runner that attacks what the defense gives him and is a smart and patient runner that can make guys miss and has a great knack for running  in  space and also adds some nice power to finish off runs for some extra key yards to help  his offense.

@TaevionSwint
One of the elite looking athletes for sure, could Swint be the most athletic player in the Orlando freshman  class, absolutely is the answer to that, this looks like a D1 football player already as a freshman in highschool and will just get bigger and faster in the next three years for the Kowboys. Swint rushed for 612 yards on 85 carries, and scored a team high 12 touchdowns on  the season as a freshman, no doubt this guy is a pure stud.  In his 12 games he averaged 7.2 yards per carry and 51 yards per game, no doubt a player that we have tops on the list of major talent in the 2025 Florida class. Visited and was offered by Florida in early October, the first of many huge D1 offers to roll his way.

@MeloWare11
Good looking back, also an elite return man with speed that can change a game with each and every touch of the football, Ware is a back that is a hot one and a major talent for sure at Lake Highland.  Ware earned First Team All-Conference this year and no doubt was an elite running and a offensive weapon that was the league’s top running back.  This Highlander sophomore back will be rolling in more and more D1 offers soon, Brown offered in early December and his first D1 offer came from Florida Atlantic in early June. Ware has also made game day visits to Central Florida and FAU as well.   No doubt a back that is going to be a blow it up on the recruiting scene in Florida 4A football.