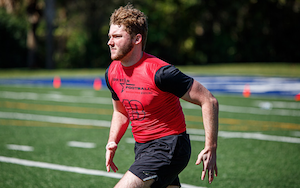 FLORIDA SHOWCASE COVERAGE | A look at rising WR prospects (2024)— We look at some of the  impressive rising offensive talents to know who made some noise at the annual Six Star Football Florida Showcase on Jan. 29 at Somerset Canyons in Boynton Beach. 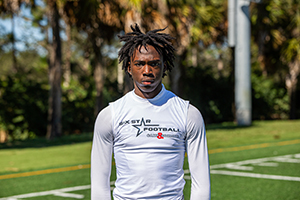 @KingBridgett18
Good looking play maker that can make some big catches,  King was a player that impressed and had an impressive ability to  be both physical  and very athletic at the same time as a nice looking pass catcher and hot prospect to know at the 6Star Football Showcase.  Bridgett is a very impressive looking built athlete and a play maker that Somerset Canyons will look to get more and more into the offense in the coming years.  Has shown some deep threat potential and capabilities that could prove big in the coming 2022 season. Does a nice job getting open and using his 6-0 frame to shield off defenders in the open field to make some impressive haul ins and deep catches down the field. 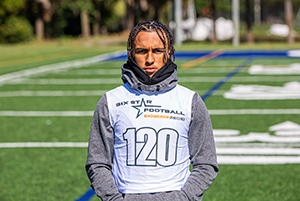 @carlosdcarmoega
Carmoega was a player that showed  a lot of potential and promise as a speedy athlete and play maker, this class of 2024 Seminole WR will look to jump into the mix of the passing attack in 2022 and be a guy that will show both good hands and a knack for getting open down the field to give his team a chance to attack the defense and make some big catches along the way.  A player that does a nice job of getting behind the defense for big plays and can really make some nice deep ball catches down the field. 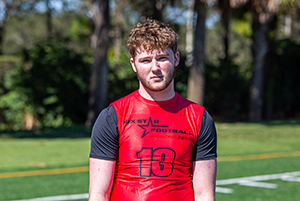 @Ricky_Dobbyn
Dobbyn was a player that really has that motor that makes him one of the most impressive in the open field, never gives up  on a play and was one of the players at the 6Star Football Showcase that had top hands and showed that he was one of the top deep ball threats at the event.  Dobbyn is a speedy athlete and play maker in the class of 2024 out of Deltona, and Ricky is a player that can play all over on the offensive side of the ball, some at WR and RB as well,  Dobbyn is a player that will look to use his speed to be a weapon in the coming 2022 season at and is a player that we are excited to see back at the 6Star Football Showcase in 2022. Good looking potential and a player on the rise  in the 2024 Florida class. 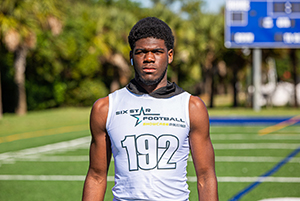 @jmarii7
Jones is a guy that no doubt showed some of the top wheels and speed at the 6Star Football Showcase, a mover that is very hard to play and matchup against in the open field and a play maker that should be a great speed threat for Flanagan in 2022. One of the more aggressive play making WRs out there is this Flanagan sophomore talent to know and a player on the rise in the program. Jones is nice speed weapon that also stands 6-1 so could pose some coverage issues with his size and ability to use his frame to make some catches over smaller DBs in the upcoming 2022 season.  Jones is a player that will be looking to use speed to his advantage in what is expected to be a very big upcoming 2022 season ahead. 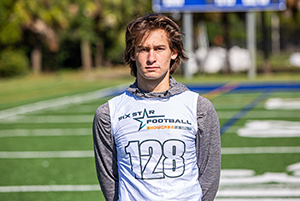 @ParkerRaye623
One of the fast play makers that is lean and quick after the catch, Parker Raye looked like one of the guys that was a sure handed and impressive speed play maker at the 6Star Football Showcase.  Out of Park Vista, Parker Raye will look to be one of the guys that will be a team leader in 2022 and use his speed to be a key weapon in the passing attack in a big 2022 season ahead.  Parker Raye is a player that has impressed at making some catches followed by impressive yards after the catch. 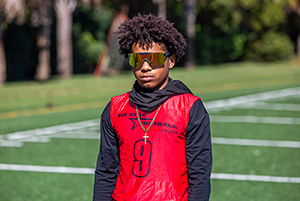 @elijah2024_
A player that was all over the field and a play maker that you can tell can be a threat off the snap, some quickness and impressive route running highlighted this Palm Beach Central sophomore’s outing as a WR prospect to know entering 2022. Rodriguez is an athletic play maker coming up in the 2024 class for Palm Beach Central High School, one of those players that will look to use his athletic frame and speed to be a weapon in the coming two years and a player that has a good frame and wheels.  Rodriguez  will look to make a big name for himself as a returning veteran in the offensive unit come 2022.  A player on the rise that will look to make a nice impact as a junior and one of the risers to watch out for in the coming season ahead. 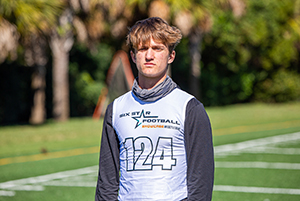 @ScheferMatt
One of the play making WRs that was a guy that gets open well and really showed some nice acceleration on the football field at the 6Star Football Showcase, a guy that had a very impressive sophomore year and will be honing in on a big junior year in 2022. In eight games this season, Schefer had 23 catches for 536 yards and scored five touchdowns as a key sophomore go to offensive pass catcher and deep ball threat that showed some good hands and good open field speed for Parrish Community. Schefer was second on Manatee County for receiving yards on the 2021 campaign as well. Deep ball threat with good speed, and some excellent hands to be able to make some of the most impressive catches you will see.