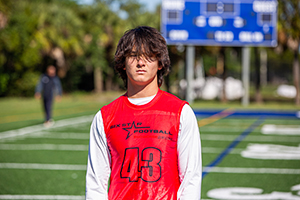 FLORIDA SHOWCASE COVERAGE | Talented group of young WRs that showed out (2025-26)) — Six Star Football takes a look at some of the  impressive rising wide receiver talents in the rising 2025-26 classes to know who  made some noise at the annual Six Star Football Florida Showcase on Jan. 29 at Somerset Canyons in Boynton Beach. 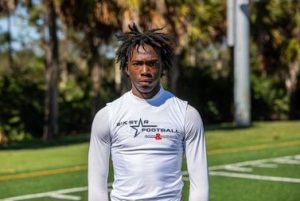 @takeemdeep9_
You can see why Charles led Somerset Canyons in receiving this past year, no doubt a great hands play maker in the open field and a guy that can do a great job of shaking the defender in the open field.  Charles showed out as one of the top looking play making WRs and was very hard to guard at the event, no doubt a good looking sophomore to be talent for 2022.  A very impressive looking athlete, long and lean and fast off the line, Charles has a lot of impressive potential and is a very athletic framed play maker in the 2025 class to watch out for in the coming years at Somerset Canyons.  Charles was the leading WR on the team as a freshman with a huge year, had 599 yards receiving in nine games and scored six touchdowns.   Charles had 34 receptions and averaged 17.6 yards per catch and 66.6 yards per game on the year.  No doubt one of the names to know among big and impressive athletes at WR in the 2025 class.

@xklvsive_1
Gray is a play maker, one of the younger looking WR prospects coming up that caught our eye at the 6Star Football Showcase, Gray is fast and one of those play makers that has been impressive in the early stages of his career.  Should be a freshman name to know in the Somerset Canyons program for 2022.  No doubt Gray is one of the emerging up and coming stars in the program at Somerset Canyons, just an eight grader this past year, Gray had five touchdowns on 15 receptions and 285 yards with 20 tackles, one interception and three fumbles caused for this impressive two  way talent coming up at Somerset Canyons.  Good speed play maker that can make some very impressive things happen on  the field.

@dontpress13
One of the most impressive looking class of 2025 athletes at the 6Star Football Showcase, this guy has that open field speed and showed that at the Showcase, has some jets and is a play maker that we can see emerging into one of the hotter WR prospects coming up in the young 2025 class.  Makes tacklers miss in  the open field, can be a huge yards after catch player with his speed and open field elusiveness skills in the open field, no doubt has some special talents and good hands also. 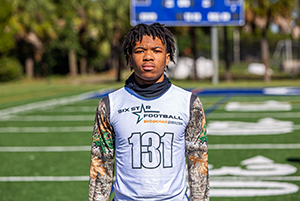 @TrentonJones168
Jones was one of the more impressive looking young weapons that showed out at the 6Star Football Showcase, has the burner speed down the field and is a guy that has proven to be a excellent hands guy, really has a great concentration level down the field to be able to make some of those huge plays with the DBs all over him, no doubt one of the hardest WRs to defend that attended the 6Star Football Showcase event.  Major talent for this hot ‘25 up and coming future hot prospect to know. 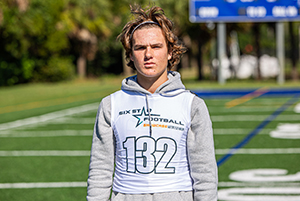 @kjudson08
One of the 6Star Football Showcase attendees that was impressive in  a very big way, speedy and a standout athlete, Judson looks to be one of the guys that could make a big impact in 2022, plus he can  play all over the field at QB, LB and RB as well. Judson is one of the up and coming class of 2026 play makers to know from the Venice program, a very versatile athlete, Judson along with WR can lineup at RB, LB, QB and also is  kicker, no doubt a player that will look to make an impact wherever he can on the football field in the coming years ahead.  Judson has some good open field skills and could be a offensive weapon to  take notice of in the near future. A very hard worker and a player that has good upfield abilities to break tackles for extra yards. 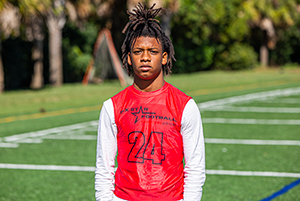 @juicelawtonIII
A speedy and very athletic play maker to take notice of, just a freshman in 2021, Lawton looks to be a burner in the open field and was one of the guys you can see being among the toughest to defend against. Looked like a player to know for sure and was fast and impressed at the 6Star Football  Showcase. Lawton has a great speed presence in the open field, also a versatile offensive impact maker and weapon, Lawton can burn you as a deep threat WR prospect or can lineup at Running Back and make you miss out of the backfield with impressive looking footwork and speed to make would be tacklers miss.  Good hands WR down the field and a good hands play maker that has made some impressive plays and catches in the open field as well. A name to know in the Florida class of 2025.

@MatulevichB
One of the play makers that was  among the best of the best for WR standouts at the 6Star Football Showcase, Ryan made some huge haul ins and catches at the  event and was no doubt one of out good hands team guys to take major notice of.  Had a big freshman year and we can see first hand why Venice football fans are excited to see this offensive speedster make more huge plays in a big sophomore season in 2022.  One of the up and coming names to know in the 2025 class from Venice High School, Ryan is a good hands play maker in the open field and a player that can make some big plays for sure, a transfer from Cardinal Mooney, he lead Mooney in receiving yards as a freshman with 559 yards receiving on 41 catches and scored eight touchdowns in his nine games of action for 2021.  Ryan had a 13.6 yards per catch average and a 61.1 yards per game average on a huge freshman  season.  Matulevich holds a Division I offer from Arkansas State and has drawn interest from several other programs as well. 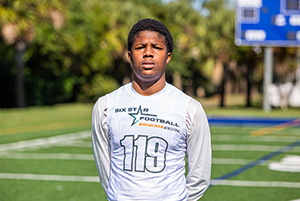 @Berdyaskypierr3
One of the very impressive Miami talents at the 6Star Football Showcase, Pierre was one of the WRs that had some take notice size, this 6-2, 160 speedy athlete has some good hands  and is one of those players that could emerge as a must see sophomore coming up through the ranks in the Miami area, no doubt a WR that we were very impressed by and one of the better looking athletes for combo size and skill at the WR spot for the Showcase. 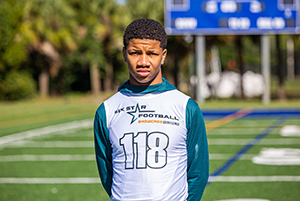 @Jerrybeast2026
One of the class of 2025 young play makers that we really could tell is going to be a special talent for Lake Gibson, very athletic looking, good player that has a nice burst of speed in the open field and one of those change of direction play makers that has a knack for getting open and making the nice catch happen.  Thomas has some good speed, also a track athlete at Lake Gibson, expect him to be a name to know in the coming years, already has a good looking athletic football frame entering his sophomore season in 2022, Thomas will look to get into the offensive unit this year on varsity and be a guy that can be a nice deep ball threat and bring some extra athletic skills and speed to the offensive attack this year. 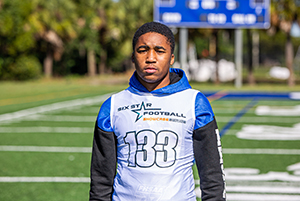 @Alexwil09247167
Wilson is one of the guys that really has some impressive hands and athletic skills, came away from the 6Star Football Showcase being a name we had as a key performer to know among WRs at the event and was one of the freshman that really has the makings of being a get in there and make a big impact kind of sophomore for the 2022 season at Weeki Wachea. A very athletic build play maker and one of the guys we could see posing a lot of problems for DBs in the open field with his speed come 2022. 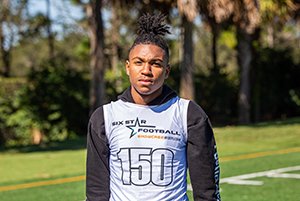 @Jalen_Young2
A very impressive looking play  maker and good speed weapon, no doubt the loaded for talent Cardinal Gibbons team will be looking to use Young’s speed and open field play making in 2022 and we could see his talents shine through as one of the top young speed threats at the 6Star Football Showcase.  Young is a very impressive looking athlete in the open field for the passing game at Cardinal Gibbons, just a freshman this past 2021 season, Young is elusive in the open field and a fine route runner that can shake off the coverage and get open with quick feet and impressive open field skills. Good hands, finds the spot to get open and then can make some nice yards after the catch as well.  Could be one of the to dynamic athletes and offensive weapons in the program for the 2022 season ahead.