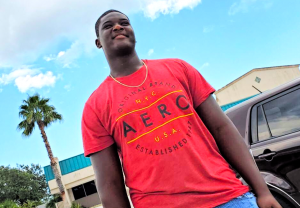 The Central Florida region features several of the state’s top prospects at a variety of positions across the board. With off and on-campus recruiting shut down for the time being, Six Star Football is taking an inside look at the prospects college programs are looking at this offseason.

Here, Six Star Football takes a look at several DL  prospects to know in the 2022 class in the Heartland, Mid Florida, Orlando and Spacecoast  areas.

Chris Dauphin, 6’4, 275, DT, 2022, Orlando Christian @ChrisMD56
A strong player in the 2022 class who has added some size and overall weight to his frame. Dauphin is now a 6’4, 275-pound DT who has been working on his technique and upper body strength. He has improved speed and has a good natural ability to beat opponents in one-on-one situations and shed tackles at the right time which allows him to get to the ball carrier before he makes much ground. A strong player with a great frame and a lot of tolls to work with. Dauphin is a prospect to keep your eyes on as he shows a willingness to improve.

Timaule
Hayes
NG | 6'1" | 280
Eau Gallie | 2022, 6’1, 280,  NG, 2022, Eau Gallie @HayesTimaule
Hayes recently picked up Division I offers from Kentucky, Florida Atlantic and is drawing interest from several other programs as well. He is a strong, physical prospect who plays with a low center gravity, has an explosive first step off the snap and combines strength and quickness to attack opposing linemen and ball carriers. He is extremely difficult to block one-on-one, and shows nimble feet and a big motor. He recorded 42 tackles, including ten for loss, and seven QB hurries in nine games last season for Eau Gallie.

Reggie Jean, 6’3, 265, DT/OT, 2022, Foundation @reggiejean6
Jean saw action in seven games last season and has potential on both sides of the ball. He is a strong defensive tackle who has good size and weight and momentum off the line. He looks to bully his way through contact and can run over opponents and get to the quarterback. Jean is listed at 6’3, 265-pounds and he shows a strong upside as a prospect. An underrated player in his age group and position who can plow through opponents and make strong, physical and athletic plays on the ball carrier. A solid two-way player to keep your eyes on this upcoming season.

Jamari
Lyons
DT | 6'4" | 295
Viera | 2022, 6’4, 295, DT, 2022, Viera @TLyons51 (pictured)
A very highly rated play maker that is a good size Defensive Tackle that packs a good punch, at 6-4, 295 pounds Lyons can be a load for your average OL to block and take on. A pure power DT that fights off blocks very well and finishes tackles very strong in the gaps.  One of those guys that has the ability and the power to take on a double team and make some very impressive run stuffing plays. Has solid strength at 500 quat and a 250 bench, so can use that power very well on the field as well. Has offers from Nebraska, Cincinnati, Penn State, Auburn, Iowa State, Georgia Tech just to name a few.  An elite play maker and a big time talent no doubt.

Jordan Phillips, 6’4, 285, DT, 2022, Ocoee @jordan50OTF
Ocoee 2022 Jordan Phillips is considered among the best of stock rising DL in Florida, and a guy that is coming on very strong and getting bigger, faster, and stronger each and every day. A state ranked wrestler, Phillips is a player that can really do it all well, can fight off blocks and double teams and still make stops. Known for his play at DT, Phillips also plays a lot of DE and off the edge he is a jump of the snap very quick type DL that has the speed to chase down QBs at 285 pounds so that is big time impressive.  Moves as good as any big man in Florida and is a guy that has some major potential and can use power and speed both equally to be a huge force off the outside edge for Ocoee.

Gavin Rowell, 6’2, 215, DL, 2022, Melbourne @gavin_rowell
A player that might not be the biggest of the DL in Florida but one that certainly has all the tools to be among the best play makers at Melbourne.  Gavin is a player that can give you 100% effort, a never say no guy that can run through a lot bigger blocks and is tough as nails.  Rowell has some nice moves also, spin moves and effective pass rushing moves that make it happen.  A tough hitter as well that can really nail the man with the football.  One of those players that can make the big play when needed.