Six Star Football takes a look at several of the Northwest region's top prospects to know. 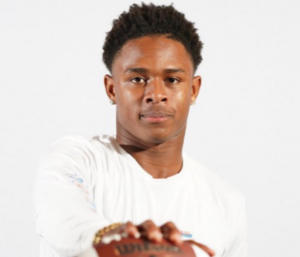 Six Star Football takes a look at several of the Panhandle and Big Bend area’s top safety prospects to know in the 2021 class.

Douglas Benjamin Jr, 5’11, 175, FS, 2021, Pine Forest @towavydoug
A player who sees time as both a free safety and a wide receiver, Benjamin Jr. had a strong showing his junior season with 54 tackles, four interceptions, three of which four touchdowns. He also had five pass deflections and just finds ways to put himself in a position to make plays. He has good speed and a good upside and he hits hard and can create with the ball in his hands. He’s physical and knows when to make contact and can rip away the ball and knock the air out of his opponents. An underrated prospect and at his position in the recruiting world who is due for a breakout season.

CJ Campbell, 5’10, 178, SS/ATH,  2021, Bay @CjCampb77308832
A quick and muscular athlete who can see a great deal of time on the defensive side of the ball. He reads a QB well and he makes physical plays on the ball. He has good speed and can cover receivers and get back to the line and make plays on the ball. He can also operate as an OLB on occasion. A solid and under recruited athlete on defense. Campbell is also constantly working in the weightroom and reports a 405 squat, 245 bench. An intelligent player on and off the field, he reports a 4.3 GPA and a 24 ACT score.

Michael Carruthers, 5’11, 190, SS, 2021, Niceville @MichaelCarr300
An intelligent player who has a nose for the ball. He can get to his target quickly and is good at tracking the ball through the air and then turning and making plays. He makes plays at the moment of the catch and can break away passes and even come away with the ball. Also a player who hits hard and can stop a ball carrier in their tracks on impact. He makes plays up and down the field and he shows good speed and athleticism. Carruthers currently holds his first offer from Keiser University.

Jaylen Cook, 6’3, 175, SS, 2021, Tate @JaylenCook8
A player with good size for the position and he adds length and athleticism to boot. He can play the safety or corner and has good speed and great wing span for getting up and making plays through the air. He is great in one-on-one situations and he has long strides and good control. An underrated prospect given his frame and athleticism who could turn some heads this upcoming season. He currently holds one offer from northwestern Oklahoma State University. We look for him to continue his trend after showcasing a lot of potential during the off-season and his junior year.

Payton Daniels, 5’10, 170, FS, 2021, Washington @Payton2Daniels
A player who has seen time as a LB, a DB and also at FS. He has good speed, great size and he moves well in all directions. He has the ability to get to the ball quickly and he can jump out and make strong tackles and hits. He targets the ball and he can force opponents back and handle any one-on-one situation that comes his way in open space. Coward has good speed and in-game quickness and he makes athletic plays. He passes the eye test in person and has a solid upside given his frame and level of productivity. Daniels recently picked up his first offer from Notre Dame College. 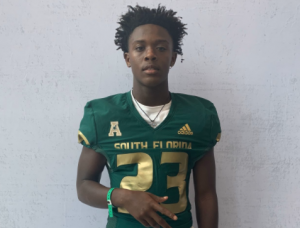 Malik Franklin, 6’0, 175, FS, 2021, Rickards @Suprememalikk_
A multiple sport athlete with a solid combination of size, speed and athleticism for his position that really stands out in film. Franklin committed to South Alabama but since his announcement has received an offer from Marshall and has continued to see interest from other programs. Franklin has a lot of potential given his overall makeup and bounce and he shows good timing and speed when he needs to cover ground and is also a strong tackler in open space. Before committing to South Alabama,  he held offers from Bethune Cookman, Florida International, Colorado State and Southern Miss University.

Kam Hall, 6’0, 180, SS/WR, 2021, Milton @Kam_hall7
A multiple position athlete who shows the ability to create openings but also stay with receivers and make plays on the ball. Hall was a second team PNJ All-Area performer his junior year and showed promise on both sides of the ball. He has straight line speed as a receiver and can outrun opponents and find his way to the end zone. A first option receiver who has a good upside, but he also shows good instincts as a defender given his wiry play, his ability to anticipate plays and his all-around strength in one-on-one situations. Hall currently holds an offer from Whittier.

Ahmari
Harvey
S | 6'1 | 185
Florida High | 2021, 6’1, 185, SS/WR, 2021, Florida State @Ahmari_saucy
An elite prospect who has the ability to make impressive, highlight reel quality plays on both sides of the ball. He has great hands and can shut down receivers and force QBs to look to the opposite side of the field away from Harvey. A smooth and long playmaker who extends nicely through the air and can knock down passes, completely box out opponents and come away with the ball as if the QB had intended to throw it to him. Harvey recently announced his top five landing points with Auburn, Florida, Florida State, LSU and Texas A&M. An impressive all-around playmaker who sets a tone for his team and brings great leadership qualities to the field.

Jalen Herring, 5’11, 175, FS/ATH, 2021, Chiles @herring_jalen
Herring is an all-around athlete who can make impressive plays on both sides of the ball. He has great speed and can operate well with and without the ball in his hands. A strong, physical prospect who can rip the ball away from his opponents and can come down with the ball in a variety of ways. He can cover anyone one-on-one, has the ability to get to ball carriers and can make strong tackles and force turnovers. A heavily recruited player who has a good upside and shows versatility on the field. Herring currently holds offers from Southern Alabama, FIU, Coastal Carolina, USF, Yale, Western Carolina University, Dartmouth, Columbia University and most recently Navy, Army and Chattanooga. A player who has been getting a lot of attention and shows

Bailey Huston, 5’9, 175, LB/SS, 2021, Navarre @BaileyHuston1
Huston is a strong and underrated defensive standout for Navarre who has good strength, quick reaction time and the ability to take down larger opponents and ball carriers. He mirrors the QB well and he shows good footwork and the ability to burst off his backfoot and get to ball carriers. He’s listed at 5’9, 175-pounds and can also operate as a ball carrier himself and does so well when given the ball. He has potential as a LB but he also sees time as a SS as well. Last season he recorded 75 tackles, four TFL, one sack, two forced fumbles and one fumble recovery. Also a standout in the classroom who reports 3.97 GPA and a 28 ACT score.

Dramarian McNulty, 5’11, 180, CB/WR, 2021, Niceville @Dmcnulty_1
The Western Carolina commit shows an ability to make plays on both sides of the ball. A lockdown option at DB who can be placed in several positions. He keeps his eyes on the ball and is quick to get to the ball and can come away with an interception and make plays after the catch as a receiver as well. McNulty has good size at 5’11, 180-pounds and looks sharp as a slot receiver due to his ability to create in the middle of the field. An interesting player who has good hands, great vision and a toughness and hard-nosed mentality. He also held offers from Southern Miss, Coastal Carolina, South Alabama, Marshall, Grambling and Tennessee State University as well.

Zarrion Robinson, 6’3, 175, FS, 2021, Madison County @Zarrion6
An underrated prospect with great size, strong speed and a natural ability to come down with the ball. Robinson is listed at 6’3, 175-pounds and he makes it difficult for QBs to get the ball to receivers while Robinson is in the area. He gets around the field well and he has a long frame and a solid ability to knock down passes. He can play physical and make solid tackles as well. A player who has yet to pick up an offer but has the frame and all-around play that is hard to pass up. 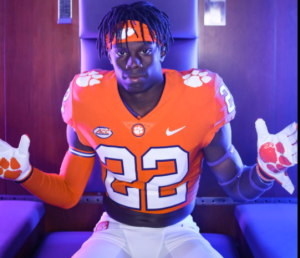 De’Shawn Rucker, 5’11, 170, FS/CB, 2021, Godby @d_rucker22
The Tennessee commit shows a great upside as defender, showing an ability to get to the ball, the QB and any carrier looking to create on his own or with the help of blockers. He has perfect size for the position at 5’11, 170-pounds and he has a tremendous upside as an athlete. He flies around the field and can shut down opponents and come away with the ball. A highly sought after prospect who can make an impact almost  immediately at the next level. Before announcing his college decision, Rucker held offers from Oklahoma, Ole Miss, LSU, Florida State, Florida, Auburn, Miami, Illinois, South Carolina, Louisville, Kentucky, Clemson and Alabama to name a few.