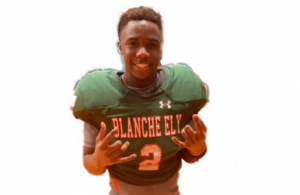 After putting together a strong campaign in 2020, these rising quarterback prospects are among many in the rising 2022 class to watch this spring and summer as they gear up for their senior season. Already several prospects have caught the eye of college programs, either picking up Division I offers or have drawn significant interest.

Here, Six Star Football takes a look at several rising QB prospects in the 2022 class out of the Broward area.

2021 SIX STAR FOOTBALL FORT LAUDERDALE SHOWCASE ATTENDEES: Several of the athletes below have committed to attend the 2021 Six Star Football Showcase on May 30 in Fort Lauderdale. For more information about this event and to register, click here.

DeSean Dixon, 6’0, QB, 2022, Boyd Anderson @DeSeanDixon1
Dixon is a solid athlete with a good arm and the ability to make plays with his feet. He’s an athletic prospect who can see time on both sides of the ball but he has shown a lot of touch and solid ball placement as a QB. He can air things out with big plays down the field and can also find receivers in tight situations both in the middle of the field and in the corner of the end zone. He shows good vision and he has an underrated skill set both as a thrower and as an overall athlete.

Christian Garnett, 5’10, 158, QB, 2022, Westminster @Garnett_13
A mobile offensive threat who shows the ability to make plays across the boards. He can stand in the pocket and make throws, scramble and buy time for his receivers and also move the chains with his legs. He has good quickness and all around agility and has a way of making throws across his body and still delivering them on time. He has a lot of juice on his throes and he can spin out of tackles and hit his mark on the run. Garnett shows solid athleticism as an athlete and creativity as a ball carrier and a lot of leadership as well.

Collins is one of several talented QB prospects who will be attending the Six Star Football Showcase on May 30 in Fort Lauderdale. He is a smart and athletic player who has a lot of speed and good arm strength. He has a strong skill set and can also see time as a receiver as well. He runs hard and has creativity as a ball carrier and good hands and cna make good throws on the move. He has a quick release and can zip the ball over LBs heads and find receivers across the middle of the field for easy 20-yard gains. Collins is constantly evolving to the situation and shows the ability to scramble but he would rather buy time for his receivers than make plays on his own. Collins is also a standout in the classroom and he reports a 4.42 GPA.

Brady Kelly, 6’1, 195, QB, 2022, CCA @BradyKelly_12
Kelly has a good upside and a reliable arm and shows a high IQ at the position. He has a way of leading his receivers down the field and can put the ball exactly where he wants it. He shows a lot of intuition and is very good at making decisions when a play breaks down. He can scramble and move with his feet but looks to stay in the pocket and make throws. Kelly can get the ball out quickly and shows a natural ability to read a defense and quickly snap the ball and then air things out to his receivers or tight end if he spots a mismatch or a breakdown defensively.

Blake Kendall, Jr., 6’2, 210, QB, 2022, Cardinal Gibbons @BlakeKendallJr1
An accurate passer who can drop back and make throws off his back foot under pressure. He’s a technically sound player who has a nice combination of size and length and a strong arm to boot. He is constantly producing and finding his receivers and can make smart passes along the right side line and into the end zone. He leads his players and looks to find them at the right time and with a lot of room to operate. He is a workhorse both during the regular season and in the off-season and shows a lot of attention to his ball placement, his strength and his ability to read defenses more efficiently.

Dylan Knaebal, 6’2, 190, QB, 2022, Coral Glades @DylanKnaebel
A strong and underrated athlete who has good size and a thick frame. Knaebal passes the eye test and has a lot of characteristics that are intriguing for his position. A player who can handle contact and stay on his feet and shows the ability to deliver a ball on time and with a lot of zip, both on short routes and big plays for over 20-yards. He plays hard and is constantly putting in the time during the offseason, looking to increase his strength, footwork and his timing with receivers. Knaebal is an intelligent player who shows up in the classroom, reporting a 4.2 GPA.

Bryan Lodge, 6’3, 185, QB, 2022, Monarch @MeekoLodge
A dynamic dual threat option who can make plays with his legs and with his arm. He shows an elite combination of speed, twitch and accuracy which makes him a big-time threat who can break down defenses at a moments notice. He has great size and a natural rhythm, able to stop and start and change directions and make opponents miss and then lightly flip the ball to his receivers. He has great touch and a lot of strength that requires little effort. A player who can make plays in space but also step up and throw a bomb down the field. Lodge currently holds offers from Kentucky University and Bethune-Cookman University

Navar Maine, 5’11, 215, QB, 2022, Dillard @Mr_Automaticc
A multiple sport athlete who has good speed and creativity on the field. He’s a well-built player and one who shows a good combination of strength and power. He can make big throws and lead receivers to the end zone and also can make short throws for small yardage as well. a player who takes what is given but is always keeping his eyes out for the big play down the field. He can move things with his legs and has the frame and physicality to stay on his feet and power his way down the field. Also an intelligent prospect, Manine also reports a 3.4 GPA.

Aaron Parsons, 6’1, 160, QB, 2022, Somerset Academy @ADP4_
A well-built athlete with good speed and the ability to make plays with his legs. He is a solid prospect who is constantly working and looking for ways to improve his game both as a thrower and as an athlete. He has a long frame and can stay strong in the pocket and throw impressive long balls at the exact moment of contact, still maintaining his composure and delivering a catchable pass for his receiver. He’s an underrated player and one who has good hands, arms strength and toughness.

Zion Turner, 6’1, 190, QB, 2022, St. Thomas Aquinas @_ZionTurner
Turner is an elite prospect who has terrific in-game speed and arm strength. He can make throws across his body while falling down that just leave you shaking your head and smiling. He can make all the throws needed and shows a natural and elusive nature that makes him difficult to stop both as a ball carrier and a scrambling passer. An impressive talent who is just getting started given his potential. Turner currently holds offers from Southern Miss, Coastal Carolina, Miami, FIU, Texas A&M, Louisville, Toledo, UAB, Maryland, Kentucky, LSU, Arkansas and Pittsburgh.