Linebackers that made huge impacts at the 6Star Football KC Showcase

KANSAS CITY SHOWCASE: Class of ’22 Linebackers that were standouts- We take a look at some of the most impactful play making Linebackers at the 6Star Football Showcase, guys like Baker from Raytown and Delgado from Liberty North were among Missouri KC metro play makers that had good motors and non stop energy that were for sure impressive. 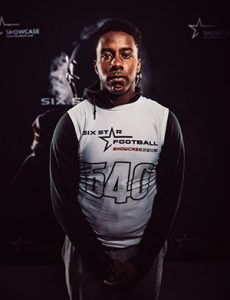 Je’Zhon Baker, 5’11, 185, LB, 2022, Raytown @JezhonB
An impressive prospect who is still flying under the radar, Baker shows a strong combination of strength, power and footwork. He is a talented player who steps into his hits and he can time contact on receivers which can lead to dropped passes and even turnovers. He shows the ability to float in space and has a good upside at his position moving forward. Baker understands his position and offensive schemes and is good at anticipating plays and being in position ready to make a tackle whether it’s a pass play or a designed run. 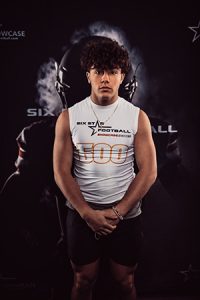 AJ
Delgado
LB | 6'0" | 200
Liberty North | 2022, 6’0, 200, LB, 2022, Liberty North @aldojustin12
Delgado is a smart and good-sized prospect who has been flying under the radar. He has good speed and can float in space and looks to make contact with the ball carrier quickly and above he gains yardage. Delgado has strong hands and can bait QBs and even make contact and in the backfield. A smart prospect who can also drop back and make plays against receivers on the edge and in the middle of the field. Delgado is also a standout in the weight room, reporting 305 clean, 290 bench and a 440 squat. 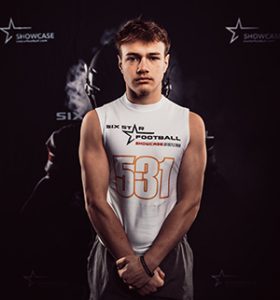 Clayton
Forrest
KS | 6'1" | 200
Paola | 2022, 6-1, 200, LB, 2022, Paola @forrest2022
One of the big timers for the league champions at Paola in 2020, no doubt Forrest returns with that same mission and another huge year ahead, good solid and powerful frame at 6-1, 200, Forrest can make you feel the pain from his outside backer spot and is one of those players that can make big plays on special teams as well, a key tackler and a guy very  good both in the open field and against the running attack. Forrest is one of the must see athletic defenders to watch out for on this talented Paola team. 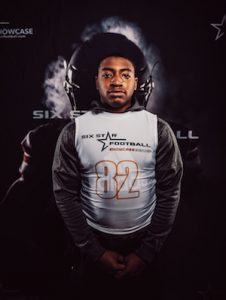 Phillip Givens, 5-10,193, MLB, 2022, Wichita NW @Ppg453
Big time talented middle linebacker for Wichita Northwest that can shout the gaps and holes in a hurry and make some big time plays. No doubt a player that can really be a force in the middle and has nice play reading skills as well.  On this powerhouse team Givens will look to be a big time veteran in the middle and has the skills to raise his stock in a huge way in 2021. 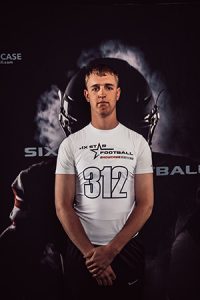 Joe
Jasper
LB | 6'3" | 190
Joplin | 2022, 6’3, 190, LB, 2022, Joplin @joejasper04
An intelligent player who has seen time in a variety of positions. Although he can play on both sides of the ball, Jasper has a good feel for defense and he can play hard and push his way to the backfield and make plays. He has been able to produce as a DE at times and shows good speed off the edge. He can rush the QB up the middle or on the edge and can also drop back and look to make plays on receivers. A high IQ player on and off the field. 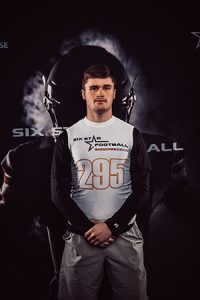 Robert
Kelly
LB | 5'11 | 175
Joplin | 2022, 5-11, 175, LB, 2022, Joplin @Robert_Kelly_
The talented outside speed backer from Joplin will look to be a big time speed rusher from the outside edge, a player that can really make big time plays and one that can make some huge plays to contain against the running game. In his five games played for 2020 Kelly had a total of 36 tackles, 27 solo, and averaged six tackles per game. Kelly is one of the most impressive players from the Ozarks and a top notch looking senior to be linebacker that should impress again in 2021. 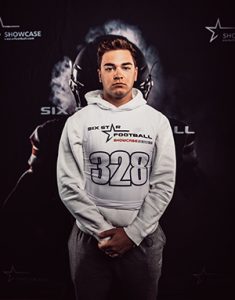 Derek
Larison
LB | 5'11" | 205
Riverton | 2022, 5’11, 210, LB, 2022, Riverton @DerekLarison
No doubt one of the players that has really coming on strong with a huge junior season and made a nice name for himself as a name to be reckoned with for the 2021 season, Larsion can do it all and is a very nice prospect and two way standout at Riverton. Averaged six yards a carry this year and is a very strong player that had a 300 Hang Clean, 430 squat, and a 275 bench. Named an Honorable mention 2A All State RB as well at Riverton.  Big time power player and a hot pick among Kansas top LB and RB prospects to watch out for. 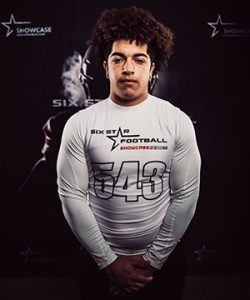 Keith
Locke
LB | 5'11" | 220
Shawnee Mission NW | 2022, 5-11,200, MLB, 2022, Shawnee Mission NW @KeithLocke12
Locke will be locked in and loaded for a big senior year in the middle of the Northwest defense. Junior year highlights for this stellar play maker included a 41 solo tackle year through seven games of action. A guy that can cover a ton of ground and a hard hitting attacker. Locke is a gamer and one of those players you can count on to go all out and use his big time motor to make one big play after another. 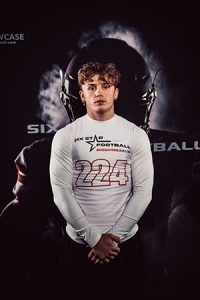 Hunter
Martin
LB | 6'0" | 170
Winnetonka | 2022, 6’0, 170, LB, 2022, Winnetonka @hunter_martin22
Martin has a tall and muscular build and can see time is both a middle and outside linebacker. He plays well up the middle and can burst through gaps and stop the ball in the backfield. He’s also good at moving at an angle and can find a side and make hits that can lead to loose balls. He is a strong player and he isn’t maxed out yet physically. He has a lot of room to grow physically but shows a good awareness and leadership and is constantly improving his overall technique. athleticism and a good motor. Last season he recorded 84 tackles, 55 solo and has 29 tackles for loss and two sacks and one fumble recovery and one forced fumble. 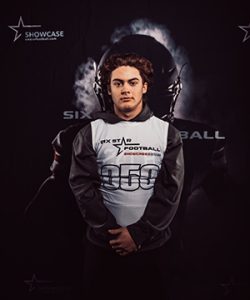 Cole
Minton
LB | 5'10" | 195
Derby | 2022, 5’10, 195, LB, 2022, Derby @ColeMinton26
No doubt a warrior in the heart and soul of the multi state champs defense at Derby, Minton can get there quick and make big time range plays all over the field and hits like a guy at 230 pounds with his 5-10, 195 frame, one of those guys that has the knock out you tackling power over the middle and can put some fear into WRs coming over the middle of ball carriers taking him on one on one. All the skills to be one of the very highly recruited play making LBs in the state, expect another huge defensive output from Minton in 2021. 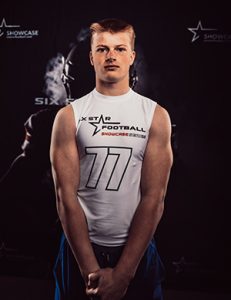 Ben
Patterson
LB | 6'0" | 180
Hutchinson | 2022, 6-1, 180, WR, 2022, Hutchinson (Kan.) @benpatt11
No doubt Hutchinson had one of the top years in the programs history in 2020 and with a ton of weapons on the team, they lost some but have many back as well for 2021, with one of those being a big time downfield target in Ben Patterson, a play maker that has a good frame and big time skills to make the tough grabs down the  field for what has all the makings of being another very high powered offensive unit again in 2021 for Hutchinson.  On a big time WR group full of talent Patterson  has the skills to be the best of the best and should be a big time target for their offense in 2021.