KANSAS CITY SHOWCASE: Class of ’23 RBs that impressed at the KC Showcase –Taking a look at some of the young and impressive class of 2023 RBs from the 6Star Football Showcase in Olathe, Kansas. Players like Dumit of Liberty North showed speed and toughness and backs like Fager of Ray-Pec was  a pure burner that impressed in a huge way.  No doubt just two of the many hot ’23 class backs at the event that stood  out. 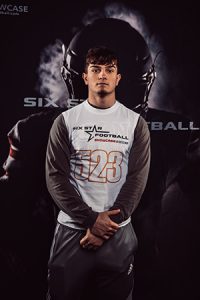 Jackson
Dumit
RB | 5'9" | 177
Liberty North | 2023, 5’9, 177, RB, 2023, Liberty North @jdumit46
A good athlete who shows good speed and awareness with the ball. He can play physical or look to avoid contact and has good vision for his position. He sees the field well and likes to use his blockers but is all so capable of using his athleticism in open space and looking to find edges and angles when making his way down the field. A player who is looking to turn some heads and improve wherever he can. 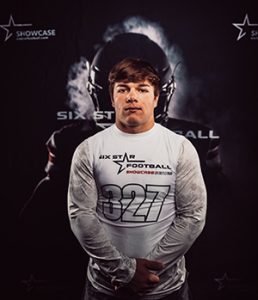 Thomas
Fager
RB | 5'10" | 190
Raymore Peculiar | 2023, 5’10, 190, RB, 2023, Ray-Pec @Thomasfager12
A player ready to make an impact this next season, Fager is a good athlete with a versatile skill set. He plays hard and has a coachable game and also a game that can translate to both sides of the field or special teams if needed. He has good vision and can move the chains with his legs but also shows some receiving skills and good hand-eye coordination as well. A physical athlete who plays hard and shows speed and the ability to stay on his feet and absorb contact well, looking to gain every last inch he can. 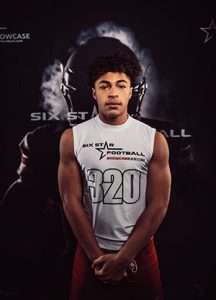 Ramone
Green
RB | 5'9" | 185
Nixa | 2023, 5-9, 185, RB, 2023, Nixa @RamoneGreen1
A player that could be a big time player from the Ozarks, Nixa’s Ramone Green is a player that can round the corner and make some big time plays, no doubt with 1300 yards and 20 TDs this past season for Nixa, Green is one of the top rushing backs in the SW Missouri State area and a guy that is impressive in a big way. Hard running with some open field wheels and a guy that can turn on the speed. Also an excellent student in the classroom with a 3.8 grade point average. 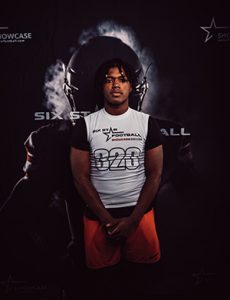 Jesse
Greenly
RB | 5'11" | 207
Atchison | 2023, 6-0, 200, RB, 2023, Atchison @JesseGreenly25
A player that can use both size and speed to be a major impressive player out of the backfield. No doubt Greenly is one of the most aggressive, elusive, and hard runners you will find and is a player that went off against against Basehor and had 10 rush’s for 115 yards. Was named an Honorable mention Eastern Kansas selection finishing the season with 457 yards with 65 carries and 4 TDs. 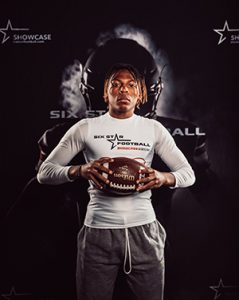 Jayden
Latham
RB | 5'9" | 165
Center | 2023, 5-9, 165, RB, 2023, Center @JaydenLatham
Latham is a big time speed prospect that can make some big time runs, a guy that will make you want to watch more and more. Also a very good hands weapon that can make some tough catches and plays down the field. Latham is a guy that can also be a major be a major impressive defensive back that had 22 tackles and five pass breakups, no doubt a two way huge athletic play maker that can make it happen and is a 4.6 in the 40 yard dash player. Expect huge things in 2021 from Latham. 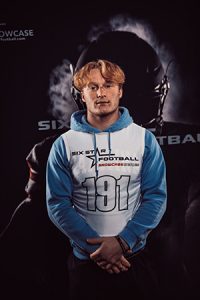 Nash
Money
RB | 5'9" | 170
Wellsville | 2023, 5-10, 170, RB, 2023, Wellsville @nashmoney4
One of the most impressive looking class of 23 players and backs in the state right now. A guy that had a very busy and impressive offseason as well, Money looks to be one of those guys that is among the names to mention for ‘23’s best play makers. Very impressive times show his pure speed this offseason with a 4.03 in the pro agility and a 4.57 in the 40 yard dash. Benches 255 and squats 365 with a 225 hang clean. Already has some colleges that are impressed and looking at him for the next level. 23 must see back from Eastern Kansas. 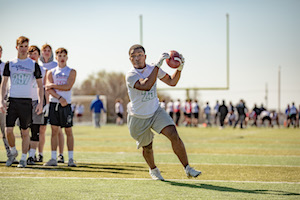 JohVonte’
Ross
RB | 5'8" | 185
Washington | 2023, 5-8, 185, RB, 2023, Washington @john23ross1
Many big time athletes were represented from the Washington program and one of those great speed threats has to be 5-8 speedy RB prospect in the class of ‘23 JohVonte’ Ross. Ross is a talented back that has both speed and vision, a good and impressive player that really can make guys miss in the open field well also. Two years left and some major talent, Ross should be an excellent player this season. 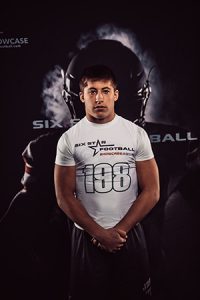 Drew
VanGilder
RB | 5'11" | 175
Joplin | 2023, 5’11, 175, RB, 2023, Joplin @drew_vangilder
A multiple sport athlete who has good technique and overall strength as a ball carrier. He saw a lot of action last season as a fullback, showing a physicality to him that is difficult to get a hand on. He runs well and has power and good balance, one who can knock down opponents with ease. He can power his way through contact with the ball and has some speed and creativity as well. The kind of player who is good at protecting the quarterback and shows up defensively as a linebacker as well. 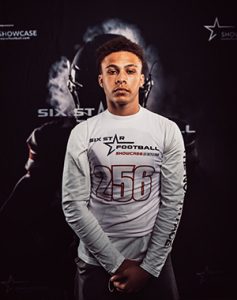 Kason  Williams, 6’0, 170, RB, 2023, Washburn Rural @kason_26
Williams is one of the very impressive offensive weapons that Washburn Rural has entering the 2021 season ahead and we like his chances to be a big time impact maker out of the backfield,  Williams is a runner that can  6-0,170 good frame with some nice size already for this class of ‘23 back that will look to be more of a go to player in the coming seasons. A lot of talent and a load of potential for Williams.

QBID SHOWCASE: Strong arms and play makers that are class of ‘22 hot prospects to know 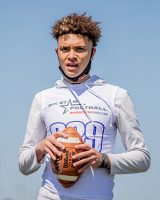