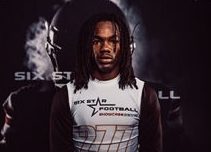 KANSAS CITY SHOWCASE: Class of ’24-25 RBs that made a big impact – A load of good young talent in the backfield attended the 6Star Football KC Showcase and no doubt the 24 and 25 classes impressed in a big way.  Barnett of Liberty North was a guy that has great speed on the edges and no doubt Strickland from Leavenworth proved he could be a major offensive impact maker in the near future as well. 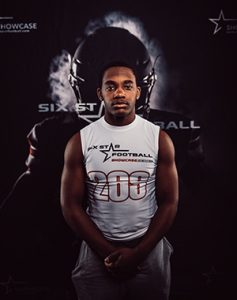 Micah
Barnett
RB | 5'8" | 180
Liberty North | 2024, 5-8, 180, RB, 2023, Liberty North @micahjo2121
Looking at a guy that has some very special talent and skills, Liberty North’s Micah Barnett is one of those backs that has proven he can be one of the most dangerous down the sidelines speed guys in Missouri, has a nice lean and muscular build both good for some extra power and some strength to power through and finish off runs when needed. Barnett is a very impressive athlete and on the football field is really comes out in some impressive runs with speed that is tough to match. 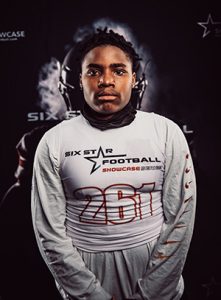 Mikah Burrage, 5’11, 205, RB, 2025, New Mark @mikah73386286
A young player who has good size for his age and can make strong carries. He has good speed and shows the ability to avoid contact or play physical up the middle. A player who shows some upside moving forward. Burrage will look to pack the punch of power in his 205 pound frame with his speed to be a key impact maker and one of the young guys out of a backfield to take some major notice of. 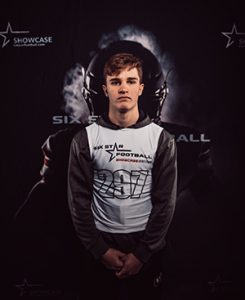 Cameron
Cleveland
RB | 5'10" | 155
Concordia | 2024, 5-10, 155, RB, 2024, Concordia @Cameron_Clev24
Cleveland, a player that along with being a RB for Concordia, also plays some outside linebacker, is a player that is coming through the impressive Concordia pipeline of talent and has the makings of being another weapon for the future.  Cleveland likes to use his speed from the outside edge to burn the defense and is a player that can make some noise soon, also a player that can make an impact with his speed from his outside linebacker spot.  Cleveland is a player we think has some big potential and a nice upside to take notice of.  Good looking class of ‘24 player to know. 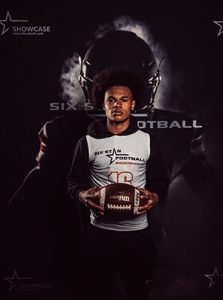 Michael
Davis
RB | 5'5" | 140
Schlagle | 2024, 5-5, 140, RB, 2024, Schlagle @MichaelDavisJ17
Schlage has some good team speed on offense this season coming up and one of the younger player that could be a nice bright spot is Michael Davis, a RB that has good upfield vision and a speed guy that can be dangerous in the open field.  No doubt Davis will be one of the future Schlagle offensive impact makers to keep an eye on out of the backfield. 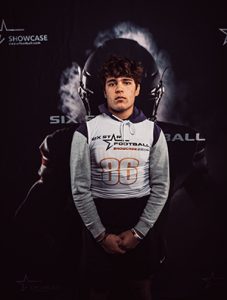 Ryan Hutson, 6’0, 185, RB/LB, 2025, Liberty North @RyanHutson15
Hutson is a versatile young athlete who has the ability to punch the ball in the end zone and find his way down the field. He shows upside as a defensive player as well showing a nice combination of size and strength and mobility for his age. a player hungry to make a statement who has been grinding and working hard to make a statement this off season and upcoming year. 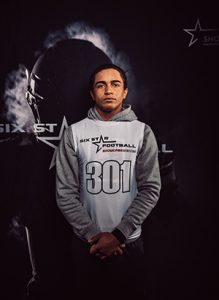 Isaiah Kincaide, 5-10, 180, RB, 2024, Topeka @kincaide_isaiah
Kincaide has very good speed, he is a great player on defense and offense and his running back skills are very good. Kincaide knows how to be explosive and knows how to cut in very good, he was a starting freshman for Topeka as a Defensive Back on varsity and had some great breakups and tackles.  No doubt one of the most impressive class of ‘24 players out there and a good young one at Topeka. 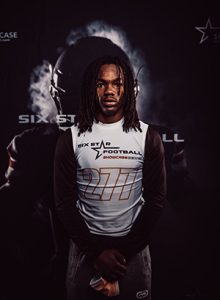 Jacorey
Love
RB | 5'11" | 170
Center | 2024, 5-11, 170, RB, 2024, Center @nolimit_juice8
Love is a player that is a very athletically impressive looking back, no doubt a player for Center High that we could see being a big time rusher with his speed. Love is one of those players that can explode right off his first step and is a darter for speed down the field and a nightmare to tackle in the open field, Love has a lot of energy and a high motor for making plays with his speed and next level speed, a player that is one relentless worker and one amazing athlete. 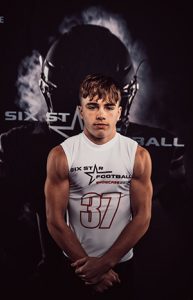 Riley
Mauldin
RB | 5'7" | 140
Seaman | 2024, 5-7,135, RB/OLB, 2024, Topeka Seaman @MauldinRiley
Mauldin is a player that is really looking good in the Kansas class of 2024, will look to keep the Seaman tough defensive tradition alive and is tough as nails and brings that ferocious attitude to the game. A very talented  up and coming defensive standout and RB to know and one of those guys with a very bright future ahead. 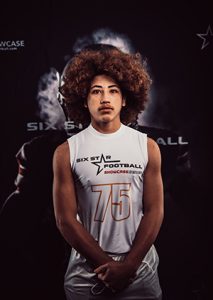 Chase
Schumacher
RB | 5'10" | 165
Victoria | 2024, 5-10, 165, RB, 2024, Victoria @chase18205609
Chase is a big time looking class of 2024 player to watch for out in Central Kansas, no doubt one of the new names to know in their impressive program that has had some big time weapons, Chase will look to make a big name for himself in the coming years and has the tools out of the backfield to be one of the next big runners and ground gainers for the Victoria rushing attack.  A very tough runner that will run through tackles and is tough to bring down, a player with good upfield vision and one of those guys that is looking like a big time play maker. 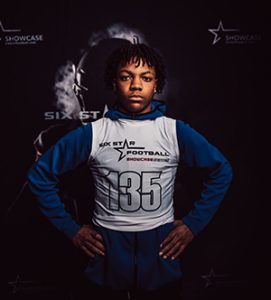 Xavier
Strickland
WR | 5'9" | 150
Leavenworth | 2024, 5-9,152, RB, 2024, Leavenworth @_Xaviers1
No doubt one of the young RBs in a Kansas backfield that has some big time potential and can make big plays with both good vision and speed. A player that is fast and with more time and experience should be a good one and one of the teams future offensive weapons. A load of talent for sure, Strickland is a player that is one of the true diamonds coming up in the Leavenworth class of ‘24 and a RB that can make some big things happen. 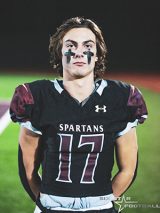 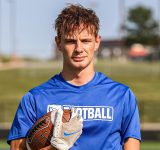