A look at the big men of '23 , OL that are making big time gains and looking impressive

KANSAS CITY SHOWCASE: OL in the ’23 class that are climbed the ranks- A look  at some of the class of 2023 big men among OL that really have put in the work and time to be impressive players.  Players like William Chrisman’s Marchan and Wertz of Maize South are two impressive guys that really showed a lot of toughness. 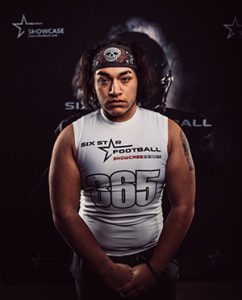 Elias
Contreras
OL | 5'9" | 230
Park Hill | 2023, 5’9, 230, 2023, Park Hill @EliasC_2023
A solid prospect at center who has good size and toughness and versatility as a player. He can see time on both sides of the ball and shows a lot of strength and power for a player at his size. He plays above his listed height and shows good momentum and mobility after the snap. Contreras can open holes for the run game and is good at standing up opponents and getting them off balance and can even toss them to the ground. 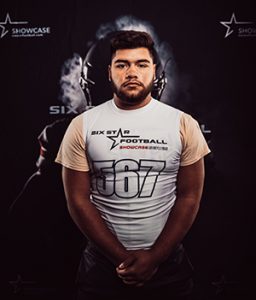 Gilberto
Marchan
OL | 5'11" | 225
William Chrisman | 2023, 5’11, 225, OL, 2023, William Chrisman @GilbertoMarcha3
A solid player who has good strength and speed. He is a physical player who can make blocks at the line and then work his way down the field continuing to pave a path for the rusher. He can handle strong interior pass rushers and has also seen some time as a linebacker as well. An athletic player at his position who can also show up and make some strong hits on special teams as well.

Eldar
Soljic
OL | 6'4" | 260
Winnetonka | 2023, 6’4, OL, 2023, Winnetonka @eldar_soljic
An intelligent player who brings a combination of size and a high IQ to the field. A 4.0 GPA student who has been looking for ways to improve and it’s pushing himself with off-season training. He holds his weight well and has good length and is capable of moving his feet well after the snap. He can stay in front of opponents and has good strong hands and shows potential given his all-around makeup. A player who is working on his technique as a tackle but he could see time as a guard as well. 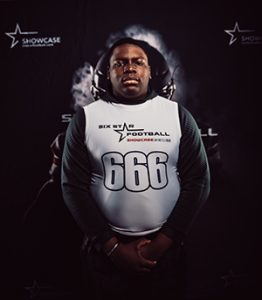 Hunter
Staley
OL | 6'4" | 274
Staley | 2023, 6’4, 274, OL, 2023, Staley @HStaley2023
A good sized prospect who can operate as a tackle, a guard and a center. Staley is a physical player who shows potential and a great deal of power. He gets off the line well and shows a nice combination of upper and lower body strength and he has improved footwork as well. A player to keep your eyes on heading into this season as he has the frame needed to make an impact. 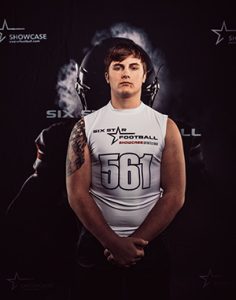 Zach
Wertz
OL | 6'1" | 220
Maize | 2023, 6-1, 220, OL, 2023, Maize South @zachwertz_1
No doubt the Maize South offensive line is known to have some of the more impressive big men in the state and senior to be Zach Wertz at 6-1, 220 is a big man that can also have that power and impact in the trenches this upcoming season, a senior that knows the system well and a 6-1 inch frame, Wertz will look to provide a guy that is a mover and a player that is smart with a tough mental state, knows how to play hard and smart at the same time and is a big man that is a must see for 2021.

Jonathan
Williams
OL | 6'0" | 295
Winnetonka | 2023, 6’0, 295, OL, 2023, Winnetonka @JMWilliams56
Williams showcased his playmaking on both sides of the ball last season as both a OL and an edge rusher. He is capable of pushing his way down the field in the run game as he can block well on the move. He plays loose and with a good motor and has a nice combination of strength, power and athleticism for the right guard position. He has started picking up honors for his play on offense and he shows a lot of motivation this offseason and is paying specific attention  to his strength and conditioning and technique.

Paul
Young
OL | 6'4" | 340
Winnetonka | 2023, 6’4, 340, OL, 2023, Winnetonka @PaulYoung7623
Young is an explosive player who can win one-on-one battles against seasoned rushers. He has a great combination of size and strength and he looks to use his frame to his advantage. He has a lot for defenders to handle up front and can grab a hold of an opponent and push them back and even fling them to the ground. Young isn’t likely to back down from a matchup and is good at digging his feet in the dirt and overwhelming opponents with his sheer force and precision after the snap.