Class of '22 Defensive backs that are shutdown specialists 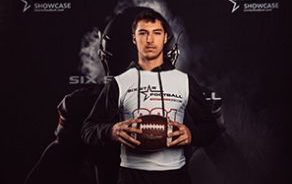 KANSAS CITY SHOWCASE: Shutdown DBs in the ’22 that impressed – A look  into some huge play makers that are top shutdown DBs in the class of ’22 to watch out for.  Hayden of Eudora, also a big time QB, Allen of Liberal and Ardito of Ray-Pec are a trio of some of the big time performers that really made a huge showing along with Seaman’s Barta. 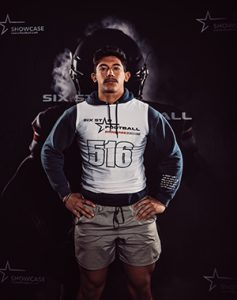 Javon
Allen
DB/S | 5'10" | 185
Liberal | 2023, 5-10,180, DB, 2022, Liberal @JavonvstheWRLD
Liberal’s impressive defensive back Javon Allen can play either safety or corner in the Secondary unit and is one of the guys whose athletic skills could take him a long way and is one of those guys whose should be a college radar maker.  Allen will look to help Liberal to a good season ahead and is one of their main weapons to watch out for in the upcoming season, no doubt a must see secondary man that is a fine athletic play maker. 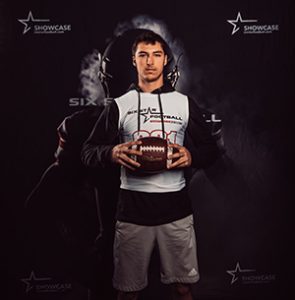 Jack
Ardito
DB/S | 6'2" | 180
Raymore-Peculiar | 2022, 6-2, 180, DB/S, 2022, Raymore-Peculiar @ArditoJack
Ardito, a major impact maker for the state champions at Ray-Pec, no doubt is one of their key defensive backfield play makers and should be a hot recruit for next level colleges. Ardito is a player at 6-2, 180 that has long and ranginess to be a top notch cover man and really make it hard to make catches against for WRs. No doubt one of the hot KC area class of ‘22 DB prospects to know. 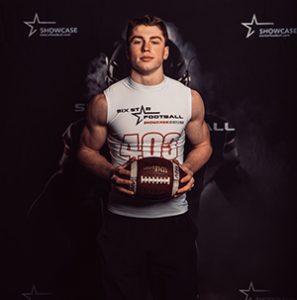 Camden
Barta
S | 6'3 | 195
Seaman | 2022, 6-3, 195, S, 2022, Topeka Seaman @camden_barta
No doubt this long and rangy 6-3 DB and QB for the 2021 season is one of the players we think will really making some big time  noise in the season ahead.  Has for sure been a  mainstay at DB but will take over at QB this upcoming year as well and see a lot more time on offense as well.  Not many DBs in the league are 6-3 and  with Barta’s skills, already a player getting Butler CC next level looks and interest among others, Barta’s size and experience in the defensive backfield for Topeka Seaman should prove huge and his size and coverage skills roll him in as out top college prospect in the Centennial.  Expect a huge year from Barta and with teammate and class of ’22 standout Ireland in their backfield the defense should be one of the tops in the league again for 2021.  Barta is one big timer for sure and we can really see a good season ahead and a load of next level college looks rolling in very soon for the Seaman Star. 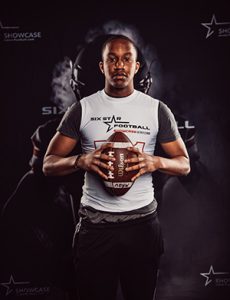 Dajni
Brooks
S | 6'1" | 175
Aquinas | 2022, 6-0, 180, DB, 2022, Aquinas @dajnibrooks32
The Kansas City area of Kansas has some of the top play making defensive backs in the state and we really like Aquinas play maker and junior gem Dajni Brooks. Brooks is a player that had a great junior season with 62 tackles, six hurries, three tackles for losses, and four interceptions. As a junior this season Brooks has posed 15 tackles, two pass break ups, one pick six, and one punt return for a touchdown. Good speed at 4.7 and was named a Non Senior Honorable Mention pick in 2019. One of the most exciting and impressive play makers in a Kansas secondary unit.

Vincent
Cox
DB/S | 6'1" | 170
St. Pius X | 2022, 6-1, 170, DB, 2022, St. Pius X @Vincent_Cox21
Cox sure has some major game, one of the most impressive DBs in the state of Missouri, he racked up All State, District, & Conference honors along with being named a 1st Team DB All-State Finalist. For the 2020 season Vincent had 76 tackles, two interceptions and a touchdown. Fights off blocks very well and is one of the most relentless and hardest hitting DBs in Missouri. No doubt this guy brings a roughness and toughness to every play while he is on the field. 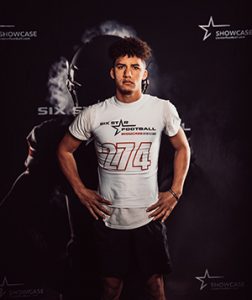 Jayden
Dukes
DB/S | 6'0" | 165
McPherson | 2022, 6-0, 165, 2022, DB, McPherson @dukes_jayden
Dukes is a very impressive play maker for McPherson, a hot senior Kansas prospect that brings key speed and play making skills to the secondary unit and a guy that we think is in for a huge senior year. Dukes has a good 6-0 frame and can battle with any WR in the state, no doubt a DB that can always find a way to be in the right place at the right time and make those big game changing type plays for his defense. 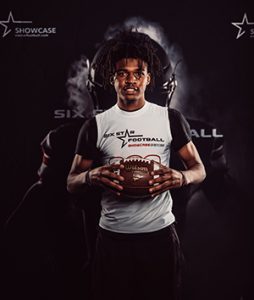 Damien Ford, 6-0, 170, FS, 2022, Washington @RECKLEZZ__2
No doubt when you look at who is hot in the Kansas class of 2022 defensive backs a name that should be on that list is Washington High’s 6-0, 170 talent Damien Ford.  Ford is a player that for sure has a load of confidence and plays with that on the field, a player that can use speed and skills to be a huge play maker for Washington, in his two games he played in before Washington’s season was canceled he really played well, Damien had four tackles and four pass deflections in the opener and then four tackles and a pass deflection in his second game, 20 tackles on the  year for this talent looking for a full season to show what he really has. 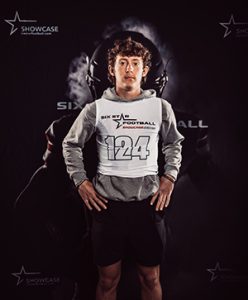 Chase
Green
S | 6'0" | 175
Rose Hill | 2022, 6’0, 175, WR/DB, 2022, Rose Hill @ChaseGreen22
Green is a player that is one that can be a major enforcer in the Rose Hill  secondary unit and  is a player that is in for a big senior season in 2021. A guy whose speed can make him one of the most dangerous players in the state, reads plays very well and reacts well to the ball in the air, Green is a player that can adjust to the ball and make great plays in the secondary unit. Green also  can use that same speed as a top notch play making WR that can make big plays and be a factor for the Rose Hill offense.  Impressive speedster in the Kansas class of 2022 to know. 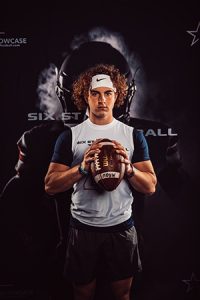 Gage
Hayden
QB | 5'9" | 165
Eudora | 2022, 5-9, 165, DB/QB, 2022, Eudora @GageHayden22
Hayden is one of the big time athletes at Eudora, a player that you put that asterick next to his name, a guy that goes out and competes in a major way, love him  at DB, great guy at jumping the routes, a patient but smart DB that waits for the play to develop and then has great reaction time, a very impressive DB that can also close in a hurry and is one of the most impressive open field tacklers in the state, no doubt a big time tackler, one of those talents for his is versatility as Hayden will QB Eudora this year and look to use his speed out of the backfield and give Eudora some needed spark at the QB slot. 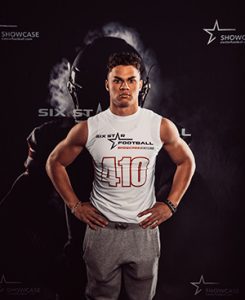 MJ
Overstreet
S | 5'11" | 185
St. Thomas Aquinas | 2022, 5’11, 185, DB/S,  2022, St. Thomas Aquinas @MjOverstreetjr
Overstreet is a big addition to the Aquinas defense, this senior to be is a very physical play maker that is physical and a punishing tackler that covers the field very  well and is one of those players that can make some very impressive things happen. Tremendous work ethic and a player that  moves well and can be very explosive as well, Should give Aquinas another major impressive DB in their already outstanding secondary unit for 2021.  Overstreet is an impressive one and a very tenacious play maker. 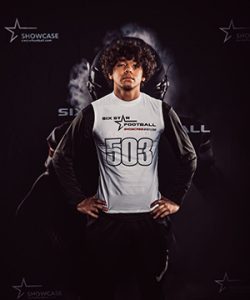 Richie
Patrick
S | 6'0 | 180
Lansing | 2022, 6’0, 180, DB, 2022, Lansing @RichiePatrick9
One of the most impressive DBs in the state and a big timer in the Kansas class of 2022, Patrick is one of those guys that is a big time athlete. 4,56 speed so a guy that can really cover a lot of ground and make some impressive plays in a good looking Lansing defense, Patrick is a physical player that also has some great speed and will be looking for a healthy 2021 season ahead.  We expect Patrick to be one of the higher rated defensive back prospects in the class of 2022 for Kansas.