KANSAS CITY SHOWCASE: Taking a look at ’23 big men & top OL prospects – Big men and impressive men dominated in the class of ’23, McVicker from McPherson was a great showing big man that really made a big time name for himself and Rogers of Piper is another big timer in the ’23 that has major talent and really was impressive in this group 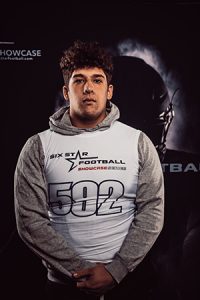 Tyler
Baird
OL | 6'2" | 250
Lee's Summit | 2023, 6’2, 250, OL, 2023, Lee’s Summit @tbfb52
A solid prospect on the offensive line who has speed and good combination of both lower and upper body strength. He looks to use leverage to his advantage and has the size and build that college programs look for. He has continued to improve his technique and footwork and shows potential at his position moving forward. Baird plays a tough and physical brand of ball and can win one-on-one matchups at the line. A player with underrated speed who has a good work ethic and is quietly improving his game. 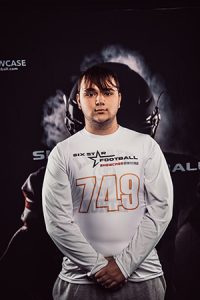 Brody
Hatcher
OL | 6'3" | 260
Liberty North | 2023, 6-3, 260, OL, 2023, Liberty North @BrodyHatcher2
Hatcher, a big 6-3, 260 pounder from Liberty North is one of those guys in the trenches that can make some guys pay the price with his physical style of play. Hatcher is a big man that can also be a hard working guy that is always working to get stronger and more powerful, looking for big things from Hatcher in the upcoming season and his power and size make him a big man to watch out for in 2021. 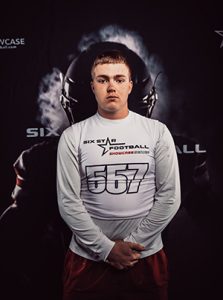 Jayce
Kern
OL | 6'2 | 215
Fort Osage | 2023, 6-2, 215, OL, 2023, Fort Osage @Jaycekern1
Kern is a good one out of Fort Osage High School, this class of 2023 6-2. 215 lineman can do a lot of things very well and be a true trench dominator as well. Kern is one of those lineman that can be versatile and has played at a few spots on the offensive line, both on the outside edge and as a center along with being a long snapper, no doubt Kern is a player that really brings a wide variety of key tools to his game that make him and his team better. Impressive class of ‘23 OL. 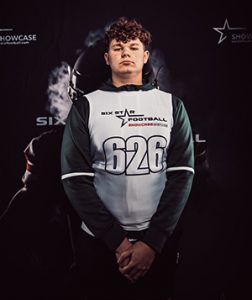 Kaden
Lonard
OL | 6'5" | 275
Lawrence Free State | 2023, 6’5, 275, OL, 2023, Free State @KadenLonard
No doubt when you look at the size of some of the Lawrence Free State offensive lineman you have to be impressed at what the offensive bulk and push up front could be in the next couple of seasons and one of the impressive big bodies  up front looks to be 6-5 inch and 275 pound Kaden Lonard, a player that no doubt has the length plus weight to be  a guy that can throw around some defenders and be what Free State hopes in a big dominator in the trenches over the next two seasons. 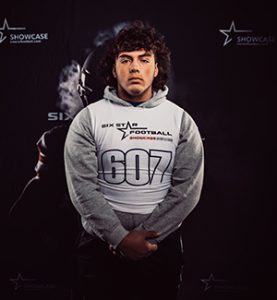 Noah
Macias
OL | 6'1" | 290
Blue Springs South | 2023, 6’1, 290, OL, 2023, Blue Springs South @noahmacias20
A player who has been working hard on his physical makeup and overall strength, showing a great work ethic in the weight room. Macias is a player who shows a lot of upper body strength and good in instincts and has good hands as well. He is fairly quick in straight-line situations and can be counted on to put the ball into play and then help his teammates block opponents and then make his way down the field as well. A strong player who can also see time on defense as well. 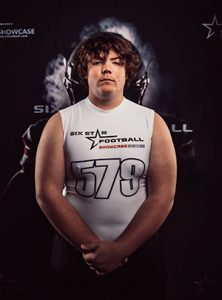 Conner
McVicker
OL | 6'0" | 275
McPherson | 2023, 6’0, 275, OL, 2023, McPherson @mcvick8
One of the class of 2023 juniors to be in 2021 that we think could be a big timer, has 275 pounds of brute power and toughness and could be one of  he  most impressive class of 2023 big men in the state in the upcoming year on a McPherson offensive line that can really pave the path for runners and his QB.  McVicker is very aggressive player with his hands and is one of the most physical players in the up and coming class of 2023 to key in on.  No doubt a big man that can make it happen with power and size. 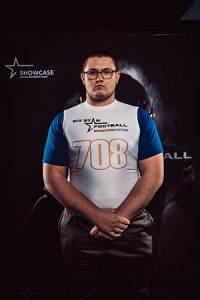 Logan
Reichert
OL | 6'8 | 350
Raytown | 2023, 6’8, 350, OL, 2023, Raytown @Loganreichert4
Reichert is an emerging lineman in his class who combines good size and length. An imposing prospect who holds his weight well and shows a lot of upside at his position. He is quick off the line and can hold his own against quick and power edge rushers and he can create holes and get down the field and make secondary blocks. An impressive prospect who has a lot of potential and he is really pushing himself this offseason in terms of his conditioning and strength training and all around technique. He currently holds offers from Florida State University and Memphis. 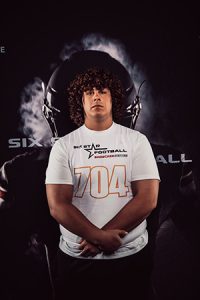