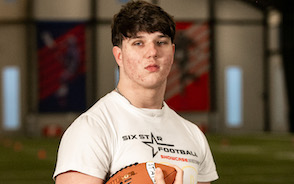 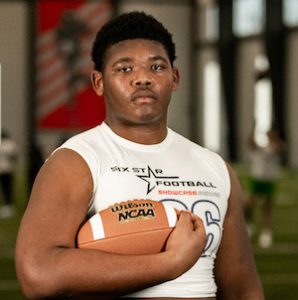 @jimerson_al
A physical and good sized prospect who is aggressive and able to find his way to the backfield and make tackles. He is a second team all district honoree who is very difficult to slow down. He is constantly applying good pressure to the pocket and can force the quarterback out and is able to stop the run as well. A strong and underrated tackle who is constantly working and is good at using his frame, his strength and is all around intensity on every play and has shown strong development and some upside at his position given his power and frame. 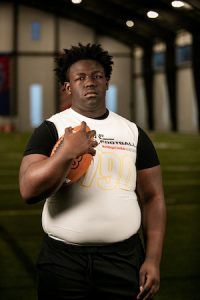 @buchananmarqui2
A nice player who hits hard and is constantly looking for ways to improve his game. He plays with good energy and strength and can win battles in the trenches. He is listed at 5’11, 250-pounds and he has some leverage and good power after the snap and is good at stopping the run. He can punch opponents back and find his way to the backfield and look to make contact.  Buchanan plays with good passion and is consistently following through with 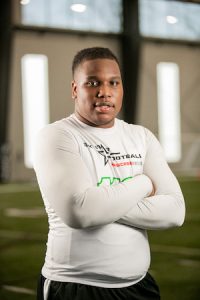 @ACunninghamJr1
One of the St. Louis area’s top returning defensive lineman, Belleville East (Ill.) 2023 Anthony Cunningham is a strong and impressive athlete who shows an ability to get off the line and disrupt plays. He is physical, has terrific size at 6’4, 270-pounds and shows a lot of power and can track down opponents from behind, stop the run and even get to the quarterback. He has some versatility on the defensive line and has good hands and good all around footwork both close to the line and in space. He has great size overall and has good energy and a good upside moving forward. An elite prospect who can just shed blockers and disrupt the flow of an offense. Cunningham currently holds offers from Minnesota, Iowa State and Arkansas State, and is drawing interest from several other Power 5 programs. 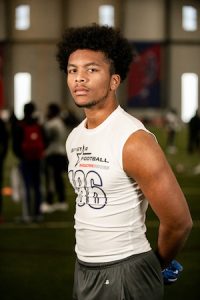 @HalfricanThis
A quick and athletic edge rusher who has good experience and a way of making plays both in the backfield and against the run. He is listed at 6’1, 190-pounds and shows good burst off the line and the speed to get around tackles and get to the backfield and make plays. A tough player who can really fly around the field and get to ball carriers and make a stop. Ellison is an all-conference and all-district honoree who led his team in tackles for loss and recorded 59 total tackles. Also a standout in the classroom who reports a 3.958 GPA and he has a 29 ACT score. 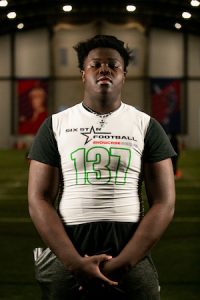 @D1_Different
Hall is a big and physical player who is capable of blowing up plays before they have a chance to fully take form. He is listed at 6’3, 225-pounds and he hits hard and can wrap up opponents and bring them down for a loss. He is constantly applying good pressure and is able to fight off stout interior opponents and quickly get to the ball carrier. He has good hands and good power and has good mobility for his size. Last season Hall recorded 68 total tackles with 42 solo, two tackles for loss, four sacks and two fumble recoveries. 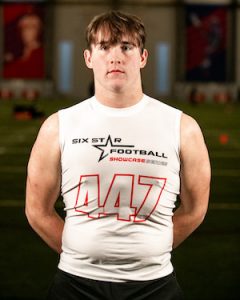 @masonlay05
A strong and physical player who can make a lot happen on both sides of the ball. He is a first team all-conference, second team all district and in all region team offensive lineman who also earned academic All-State honors as well. That said, he shows good potential on the defensive side of the ball as well. He has good athleticism and muscle tone and is a lot stronger than a lot of opponents he’s matched up against to have a clear size and weight advantage. Has good technique and footwork and is balanced and able to quickly get off the line and find his way to the backfield for sacks and tackles for loss. Also has good hands and can pull down opponents in space. 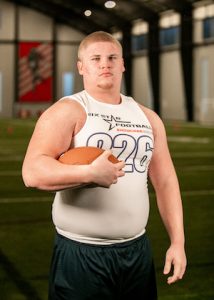 @BlakeLintzenich
A tough player who is able to get around opponents and pull them down before they cross the line of scrimmage. He has good strength and toughness and good thickness as well, a strong athlete who has good acceleration out of the gate. He has good hands and can pull and shed contact and is able to extend and pull down opponents from behind. Has good awareness and he brings a lot of force and power. A developing prospect who has a good motor and is constantly attacking and reaching and looking to make contact. 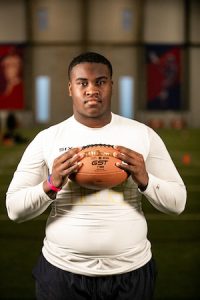 @Ojmosley4
Mosley is a strong and active prospect who can find his way through a line and trip up opponents for a loss. He has good acceleration and is very comfortable making plays in space against skilled backs and mobile QBs. He has the ability to attack head-on but is often showcasing his athleticism as he tracks down or dives out to make a stop. A player who is constantly grinding and showing good potential and promise.  Mosley is very coachable and is creative with his pass rush as well. A guy that just finds ways to make plays on the ball. 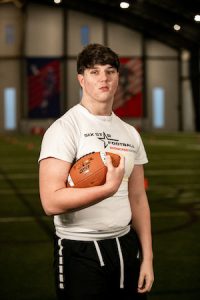 @ashtonnoble_
A multiple sport athlete who has great size and a good ability to get to the backfield and make plays. Noble is an underrated prospect overall, listed at 63, 245-pounds and he doesn’t appear to be maxed out yet physically. He is an intelligent prospect and has good power and good muscle tone. A player who is physically able to overwhelm opponents but can also use his creativity at the line and get easy trips to the backfield. Plays with a lot of passion and energy and is very productive. Also a standout in the classroom who reports a 3.5 GPA.