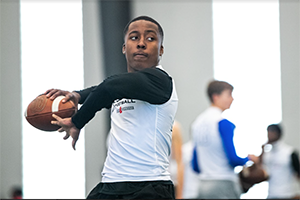 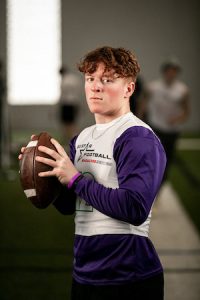 @KolbyAnderson18
Anderson is a strong and mobile player who shows good strength and muscle tone. A physical and sturdy 5’10, 190-pound dual-threat option who can beat opponents with his quick throws and overall mobility. He likes to get the ball out quick and looks to his TE and first option receiver and can muscle passes across the field with good timing and accuracy. Has very good balance and is able to create on the ground and move the chains with his feet and even find his way to the end zone. 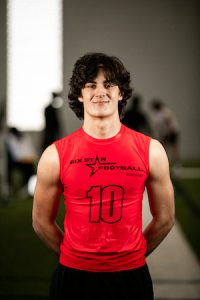 @bryer07
A multiple sport athlete and baseball standout who has good vision and arm strength. Arview has a good command of the position and shows good leadership with a high IQ. He is good at buying time and giving his receivers a chance to get open and can also mix things up on his own as well. An experienced and seasoned prospect who can make a lot of throws in tight windows and he can spread the ball around the field and make some big throws in the red zone with the clock winding down. Also a standout in the classroom who reports a 4.0 GPA. 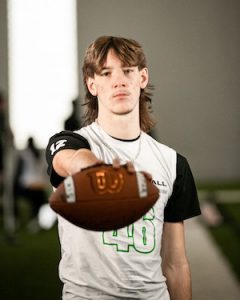 @jacksondearing
A multiple sport athlete who has good experience in the ability to distribute the ball and find his receivers in stride. He is a productive option who does everything he can to help his team win. He shows a lot of effort and is smart with the ball and is able to play aggressively without having to force much. A QB who can carry the ball for himself but likes to make throws and is usually going to take what the defense is giving him. 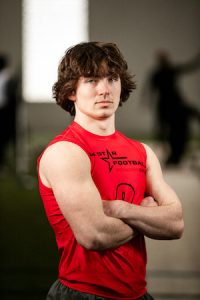 @KaydenDirks
A smart and fast athlete who shows an ability to make things happen both inside and outside the pocket. He is a good athlete who showed up in both the combine and competition portion and was able to showcase his speed, footwork and improving arm strength. He recorded a 4.90 40-yard dash, had a 109 broad jump and a 32.8 vertical. A confident player with the ball who has some creativity as a ball carrier and an accurate arm overall. 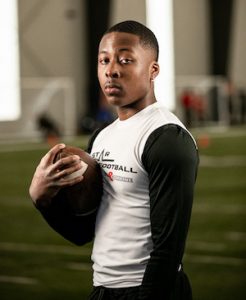 @bjthesniper
A solid and underrated QB in the St. Louis area who has a good arm and some confidence in his ability. McNair is listed at 6’0, 170-pounds and he shows very good mobility and he has good rhythm to his step. He can make accurate throws on the move and is good at scrambling and buying time in the backfield. Has good muscle tone and overall strength, good quickness as well in short bursts and in straight line situations. Has a good arm and is able to make big throws to his first option receivers along the sideline. Sees the field well, shows good focus and is much improved and has potential in his game. 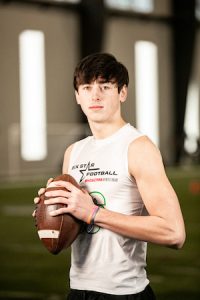 @jackmoore04_
A good athlete who shows good form and confidence at the position. Moore has good size overall at 6’3, 170-pounds and he shows an ability to see the field well and make big throws both inside and outside the numbers. Moore has been smart with his throws but is also able to take some chances given his arm strength and improved ball placement. He has a good sense of the pocket and can step into his throws and deliver an on time ball but is also able to put the ball where he needs to on the move as well. A stock riser expected to fill a larger role this upcoming season. 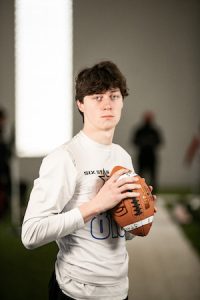 @Nick-Ortinau
A solid quarterback who is able to find his receivers and get the ball out and rhythm. He has good size for his position at 6’2, 165-pounds and he has good athleticism overall. Also a baseball and basketball standout who would rather hand the ball off or make passes then create as a rush or but he has some athleticism as well. Last season he completed over 60% of his throws and had 1,564 passing yards with 10 touchdowns, 4 interceptions and a 102.4 quarterback rating and rushed for 132 yards and had three rushing touchdowns as well.