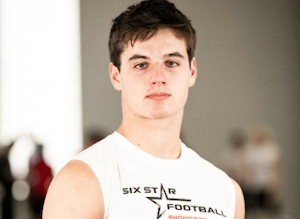 ST. LOUIS —  The Six Star Football 2021 St. Louis Showcase featured several of the state’s top rising class of 2023 WR/TE prospects as several players took their game to new heights and showed off their all-around skills in both the Six Star Football combine and showcase events. 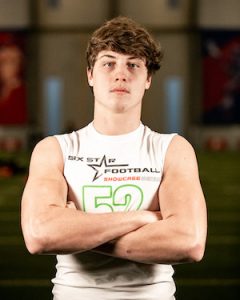 @AndrewCivey19
Also a big-time linebacker prospect, North County 2023 Andrew Civey is a tall and athletic prospect who can see time on both sides of the ball. He has good hands and good athleticism and is able to make athletic plays through the air against strong defensive backs. Blessed with good size at 6’4, 215-pounds, Civey has an athletic frame with potential to add good muscle mass and size with age. He’s able to outmuscle opponents down the field both at the point of completion and after the catch. He can create after the catch and has good speed and a diverse skill set. A tough, physical blocker, Civey has good versatility and was a standout at linebacker for North County last season as well, showing good range, the ability to get off blocks and make plays. 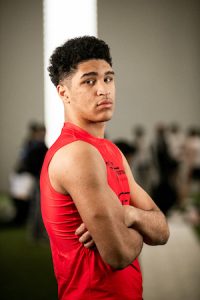 @Terrance34
Another multiple sport (also basketball) athlete for Joplin who has good size, speed and good hand-eye coordination. He is an underrated athlete at his position and one who has big upside as well. He has great size at 6’5, 205-pounds and good muscle tone and shows a developing skillset and the type of motivation and drive to take his game up a notch this summer. Gibson showed off good route running abilities, separation and strong, consistent hands at the Kickoff22 Showcase. He led the Eagles last season with 32 catches for 715 yards and eight TDs. With his size and frame, Gibson has the ability to create mismatches and is a big target for his QB downfield. 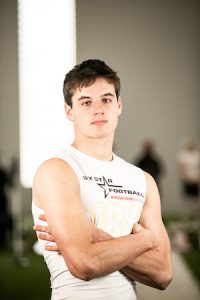 @CarterH46579723
Another extremely underrated prospect who has a lot of ability and real upside at the position. Hicks has great size at 6’5, 215-pounds and he is able to use his length and athleticism to his advantage. Hicks can find big separation from defenders and win battles over the top. He has the ability to jump up and make terrific, sometimes one-handed catches through the air and can control the ball through contact. A physical athlete with some finesse who has a big frame, good muscle tone and good overall playmaking. He has next level potential on either side of the ball as he has the kind of size, explosiveness and physicality that college programs look for in a defensive end prospect as well. 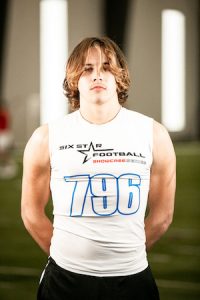 @watsonhafer
A tall and athletic player who has the ability to make catches in the backfield and then turn and create on the ground. Hafer has good size at 6’4, 205-pounds and he adds good length and long strides. He gets off the line well and has very good speed for his position and he can turn his body and make catches in a variety of situations and can get open in the red zone as well. A talented and underrated TE from southwest Missouri, Hafer has the kind of frame that could easily add good weight and muscle mass with age and projects well at the next level. He has good soft hands, can make plays downfield, but is also a bruising blocker, both at the line of scrimmage and downfield in space. He averaged 19.6 yards per catch on 18 catches with 353 yards and had six touchdowns this last season. 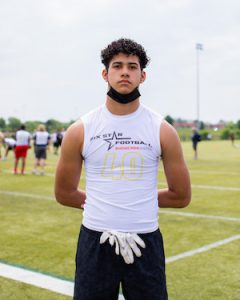 @DallasWJ11
A tall and athletic prospect who has a versatile skill set. He has great size and good speed and has real receiving ability as a tight end. He can beat opponents with his speed and has good strength as well. A productive athlete who can make some impressive catches against physical defensive backs along the sideline, across the middle and in the back of the end zone. A talented playmaker with the ball in his hands who can make solid catches above his head and away from his body in one-on-one situations. Winner-Johnson will enter the 2022 season as one of the state’s most highly recruited hybrid TE/WR prospects and has already attracted significant attention from a host of Power 5 programs, including Illinois, Iowa State, Kansas, Central Michigan and several others.