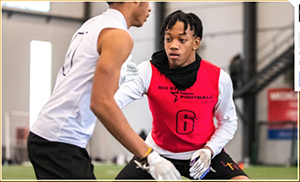 ST. LOUIS —  The Six Star Football 2021 St. Louis Showcase featured several of the state’s top rising class of 2023 defensive back prospects as several players took their game to new heights and showed off their all-around skills in both the Six Star Football combine and showcase events. 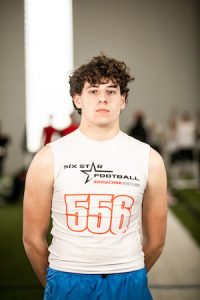 @Jackbyrne04
A first team all-conference, first team all-district and second team all-state defensive back who has good size and a terrific ability to come away with the ball. He has good size for the position and is able to lock on to first option receivers and has the ability to take them out of the game. He has good technique and acceleration and is able to use his size and length to an advantage and completely stay in front of receivers and is good at making plays on the ball. During his junior season he recorded 27 tackles and had two forced fumbles and an impressive seven interceptions. 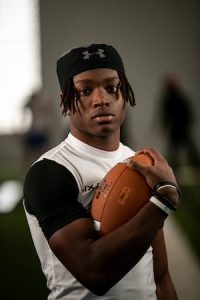 @brycenhendrix
A quick and athletic cornerback who has good feet and the ability to flip his hips and make plays on the ball. He has good hands and good tracking ability and is good at playing through contact and baiting quarterbacks into making throws that he can easily come away with. He is quick on his feet and is able to elevate and make athletic plays through the air but is also very good at finishing tackles and knocking away passes. He has good speed overall and very good technique in one-on-one situations. He recorded a 4.94 laser time 40 yard dash, had a 104 broad jump and a 30.4 vertical during the combine portion at the Six Star St Louis kickoff. A productive athlete who understands this game. 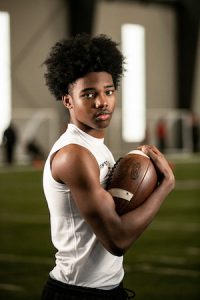 @djfields0117
A versatile athlete who can create on offense, special teams and especially as a defensive back. He has good leaping ability and is very good at making plays both on the ground and through the air. He’s very good at staying with receivers and can finish plays in open space, a physical prospect who can overwhelm ball carriers and receivers and quickly stop the play. He recorded an impressive 52 tackles for the season with 47 solo and one tackle for loss. He also averaged nine yards per carry on 8 attempts and had 72 rushing yards and one touchdown. On kickoff returns he averaged 21.3 yards per attempt on three attempts and showed good decision making overall. 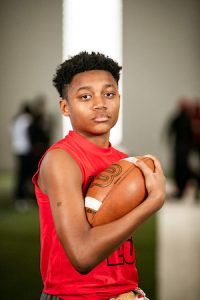 @deshawnj05
A solid player who can make plays and anticipate routes. Johnson gives it all he has and is able to break away from blocking receivers and find the ball carrier and make tackles. He is active and has good hands and good footwork and is a mobile player and one who can make plays on the ball. Johnson has terrific quickness, agility and brings a competitive spirit to the field. He had several solid moments during workouts and competition on Jan. 2 at the Six Star Football Kickoff22 Showcase in St. Louis. 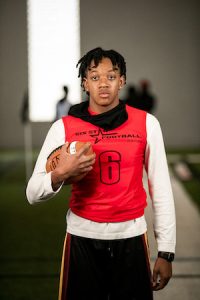 @JonathanVanhook
A smart, multiple sport and multiple position athlete who has a good size and some versatility. He can see time as a defensive back and a return man. Was extremely productive in limited playing time last season and recorded 11 tackles through two games with six solo, one tackle for loss and had one interception and 33 yard return. He also had three total returns for 136 yards and two touchdowns and averaged 45.3 yards per return. He has a good work ethic as well and is putting in the time and showing good potential and smart production.