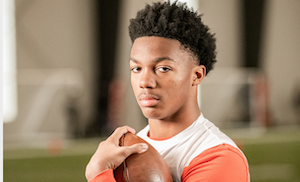 ST. LOUIS —  The Six Star Football 2021 St. Louis Showcase featured several of the state’s top rising DB prospects as several players took their game to new heights and showed off their all-around skills in both the Six Star Football combine and showcase events. 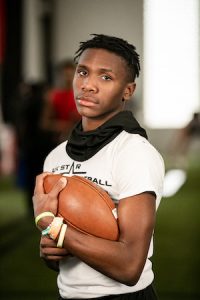 @CobyDotson23
Dotson is a fluid defensive prospect at McClure North who has a good combination of height and length. He can stay with opponents in one-on-one situations and plays well against experienced receiving options both inside and outside the numbers. He has good footwork and can use his frame to his advantage as well as his speed. A stock riser at McClure North and one who is expected to take his game up a notch. 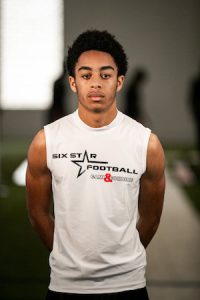 @Jordo__20
An agile prospect who shows terrific speed and solid tracking ability. A 5’8, 135-pound athlete who can move and run and is good at making plays on the ball. He plays with good twitch and has some acceleration to his game and can jump out and make tackles and anticipate well. Carter recorded a 4.87 laser timed 40-yard dash and had a 99 broad jump and a 29.8” vertical. Through 2 games last season he recorded seven tackles with four solo and three assists. 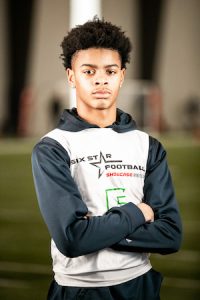 @He12Different
A solid cornerback on the rise who has been able to showcase his playmaking skills against older and more experienced opponents. He has an athletic frame at 6 ft, 160-pounds and he also has some speed and twitch in his game and can quickly accelerate and make plays on the ball. He listens to his coaches and is aggressive and has good footwork for his age and also some tracking ability on long balls. A skilled out of state prospect who plays with a lot of passion and has some upside. 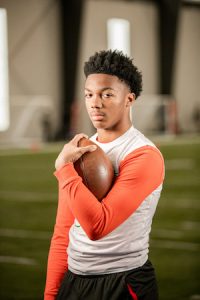 @JaidenVonner
A solid defender who can see time as a CB, safety and even an OLB. He has good speed for his position and is able to burst off the edge and applies good pressure to the pocket and can even get tackles for loss and sacks. He is also agile in space and able to make good reads and stay with receivers. A player with good footwork against blockers in the second level and can slip out of contact and trip up ball carriers. 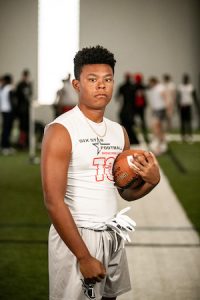 @ty_washington1
A multiple sports standout who has good speed and an ability to make plays through the air and on the ground against receivers and ball carriers. Washington is a well conditioned athlete who has good size and stature and he is tough and coachable. He’s listed at 5’10, 175-pounds and he plays hard and puts a lot of effort into his game. A player who can lock down opponents and completely take them out of position and shows good potential as a defensive back.