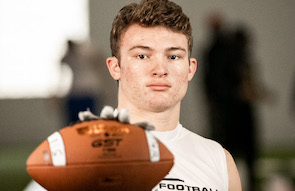 ST. LOUIS —  The Six Star Football 2021 St. Louis Showcase featured several of the state’s top rising class of 2023 safety prospects as several players took their game to new heights and showed off their all-around skills in both the Six Star Football combine and showcase events. 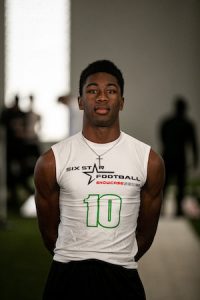 @Jordan34Allen
A tough, hard-nosed prospect who has good instincts both with and without the ball. He has some good upside and a pliable frame and disabled to get up and make things happen against confident and athletic receivers. He is a productive player who recorded 23 total tackles last season through seven games with 22 solo and one interception. He also averaged 21.2 yards per kickoff return on 21 attempts and had 467 total return yards. 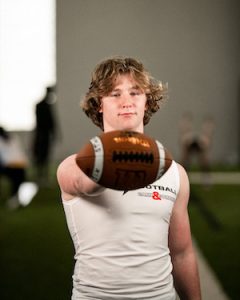 @SammyC3122
A skilled, multiple position athlete who shows good rhythm and experience. He has good hands, a shifty frame and the ability to play physically. He is a standout ball carrier and stock riser on the defensive side of the ball. He’s a productive athlete who shows good instincts and he continues to develop. A 5’8, 175-pound athlete who can spot holes and use his speed to his advantage. He plays larger than his listed height and is good at making contact and finishing plays. He can cover slot receivers and wideouts and brings leadership and toughness to the field for St. Dominic. 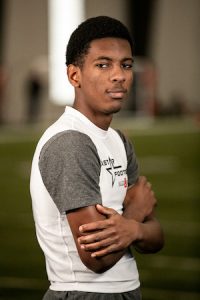 Jaedon
Coleman
S | 6'1 | 180
Belleville East | 2023, 6’1, 190, S, 2023, Belleville East (IL)
A tall athlete who has an ability to cover receivers and help stop the run. He is listed at 61, 190-pounds and he has good length and some versatility to his game. He works hard and shows a lot of toughness and is constantly looking to make stops, and force opponents out of position. A good athlete who can make athletic plays and help his team stop the run game. 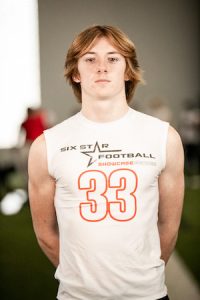 @cadenduke5
A quick and tall athlete who is very good at reading offensive schemes, quarterbacks and can put himself in a position to make hits and tackles before a play has a chance to develop. He can stay with receivers in one-on-one situations and is very good at breaking up passes, taking away space from receivers and timing his hits to the moment of completion. He hits hard and has good technique and is always looking to target the ball on contact but can also knock the wind out of ball carriers. Duke recorded 70 tackles through 14 games and had 34 solo, one fumble recovery and five interceptions. Duke had a big performance in the final game of the season against Webb City with seven tackles, four solo and one interception.

@PT_Fort20
A good sized athlete who is also a baseball athlete as well. Fortune has good size at 6’0, 175-pounds and he also has good overall speed and is able to fly around the field and make solid hits. He is flexible and good at reading plays and continues to develop. Fortune is very good at getting to the backfield, shows the ability to fight taller and skilled blockers and even find separation. A solid pass rusher who can slip past opponents and make big tackles for loss. His junior year he recorded 50 total tackles with 40 solo tackles, 11 tackles for loss and one interception. 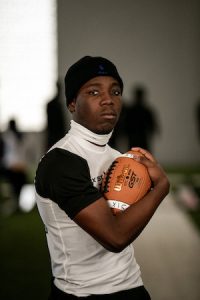 @khai_kai6
An impressive talent who can make plays on both sides of the ball. He is an electric athlete who can create both with and without the ball and has an ability to break up plays and even completely take away space from receivers. He recorded 30 tackles last season with 21 solo, one tackle for loss, one sack, one fumble recovery and two interceptions. On offense he threw for 1,927 yards and had 35 touchdowns and only 7 interceptions. He also averaged 6.9 yards per carry and had 831 rushing yards and six rushing touchdowns. 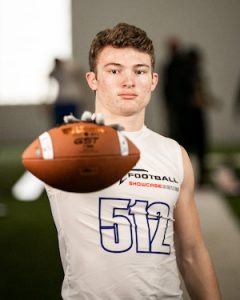 @Hendo306
Hernandez is a smart and athletic prospect who can operate well on both sides of the ball. He has good footwork and good technique and just brings a lot of experience and understanding to the field. He is quick and physical and can find ways to showcase his speed and creativity. He is confident against taller players and can fly around the field and break up passes and finish plays both on his own and with his teammates. A high IQ player with underrated athleticism. Last season he recorded 66 total tackles through nine games with 34 solo and two tackles for loss. He also finished this season with 1,272 total yards, 1,041 rushing and 231 receiving. He also had nine rushing touchdowns and three receiving touchdowns.