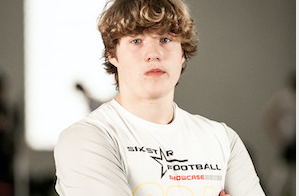 ST. LOUIS —  The Six Star Football 2021 St. Louis Showcase featured several of the state’s top rising DB prospects as several players took their game to new heights and showed off their all-around skills in both the Six Star Football combine and showcase events.

@Tionne_gray
Gray is a strong, multiple position athlete who is able to use his size to run over opponents both as a pass rusher and as a receiving and blocking tight end. He has elite size at 6’6, 265-pounds and he has good hands and is improving his catch radius as well. Has the ability to burst off the line then turn back to make catches as able to tuck the ball and make his way down the field. He has good balance and is getting better with his route precision and is also able to make some catches above his head. Has good instincts with the ball in his hand and welcomes contact and looks to run through would-be tacklers and can overwhelm smaller safeties and DBs who are looking to stop him in the open field.

@hummereliot
An intelligent player with the ball in his hands who can find open paths and create on the ground. He has a versatile skill set and has seen time in numerous positions. He can operate out of the backfield and is also a solid blocker as well. Has good speed overall and can stiff arm opponents and make his way down the field. Hummer is listed at 6’3, 180-pounds and he is able to jump up and make catches through the air and is an easy target for QBs. Has some catch and run ability, also makes plays in-stride. 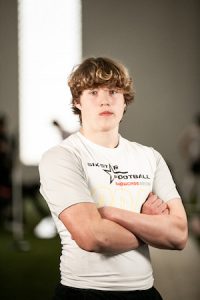 @Kohl2025
A tall, aggressive and versatile TE who can push and pull opponents out of the way and is good at helping the line create big gaps for the run game. Has a good experience and hustle as a blocking TE, but also an underrated receiving option as well. Kohl has a good frame, listed at 6’3, 220-pounds, shows good momentum down the field and he plays hard until the whistle blows. Is able to get in space and make catches, plays with good power and is able to shake off tacklers and march his way down the field. 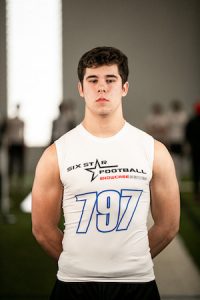 @keatonroskop
An athletic, two-way prospect who has good hands, good acceleration off the line and the ability to both disrupt plays as a defender and make catches through contact as a tight end. He has good size overall and is able to use his length and speed as an advantage. He’s very physical, shows good toughness and durability and is very good at staying active and making plays, he hits extremely hard as a pass rusher, has good vision and has been increasing his route precision. An underrated receiving option who has good size, good hands and some athleticism. 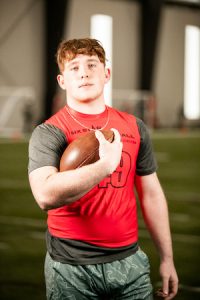 @Tyleryoung86_
A first team all-conference athlete who had a monster sophomore season even though it came to an early end due to injury. After only five games he ended the season with over 600 yards and six total touchdowns. Young shows a lot of playmaking ability and is an easy target when Marshfield looks to the air. A creative player in the open field and one who is able to make opponents miss. Shows a strong ability to come down with the ball in tight coverage and brings good pliability to the field as well. A strong receiving option for Marshfield who always seems to be open.