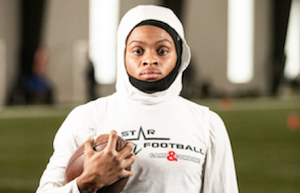 ST. LOUIS —  The Six Star Football 2021 St. Louis Showcase featured several of the state’s rising 2024 WR prospects as several players took their game to new heights and showed off their all-around skills in both the Six Star Football combine and showcase events. 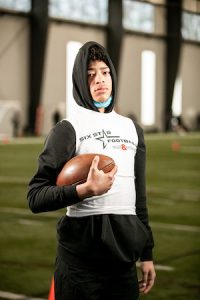 @EadsDominick
A tall and lanky two sport athlete who has made it easy for QBs to find him down the field. Has good size at 6’3, 165-pounds and he is able to use his frame to his advantage. Brings good length to the table and is able to extend and make catches both above his head and away from his body. Has good hands and is even able to make plays with defenders all over him. He is well conditioned and can slip inside and make catches across midfield but is also comfortable on big outside the numbers plays where QBs are looking to win it all in one play. Good hustle, intangibles overall.

@Christi44382370
A player who has seen time on both sides of the ball, Garrett is a solid athlete who has good speed and good reaction time. He sees the field well and can time his fakes and plays and is good at using his speed. Has some potential in numerous positions but as a receiver he has a stout, well balanced frame and is able to handle initial contact and stay on his feet. Very aggressive with the ball in his hand and has a good combination of upper and lower body strength for an athlete his size. An underrated player who has a high IQ and is constantly working on his game, technique and strength training. 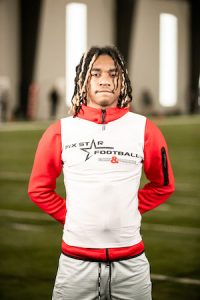 @UNDERATED_BORE
Another skilled, confident receiving option who can get out and make plays over the top. He has good hands and improving technique and brings a nice combination of toughness and speed. An athletic receiver who has good rhythm and good ability to sell fakes and create space. Has good hands and is very involved. He can hesitate and stop and change directions and can win tough battles both inside and outside. Shows some acceleration as well, makes good catches in traffic. 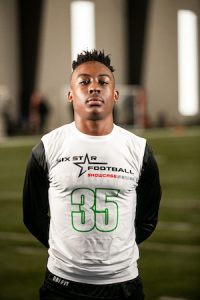 @Nick3Watkins
A solid athlete who has a good frame and length. He is listed at 5’9, 152-pounds and he plays hard and puts a lot of effort into his routes and competition drills and scrimmages. He is quick on his feet and brings toughness and durability to the field. Also a versatile player who can play meaningful minutes on offense, defense and special teams. Has real potential as an athlete and a good rhythm and timing. A good playmaker who is able to use his speed and athleticism to his advantage. 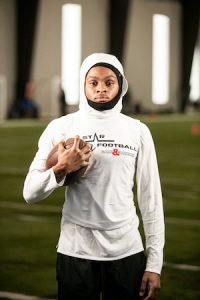 @iamjesso_
A very athletic player who shows good speed, creativity and has terrific leaping ability. Watson is an emerging player who can be all over the field, is very good at creating separation and can win one-on-one matchups against talented players. He is aggressive and is able to make plays with a ball on his hand and is also able to block and play physically in the right moments. An underrated player but one who shows some upside and the ability to make things happen. A talented East St Louis player to keep your eyes on. 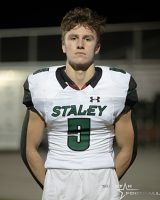