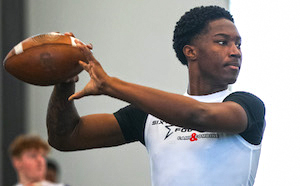 @nolimit_mo
A smart and energetic athlete who has good speed off the line and some power. He is a tough player who brings great effort and great energy to the field and he plays hard and is developing in real time. He hits hard on the move and can shed blockers and use his speed on the outside. He has underrated strength for his frame as well and handles himself well against those who have a height and weight advantage. Brings a good combination of skill to the field and continues to develop his footwork as well.

@Mattaustin232
A strong and physical two-way athlete who has good power and some acceleration. He has good size overall and good muscle tone and can find his way through contact and move the ball or even pull down opponents in the backfield. Although he produces as a ball carrier, he shows good technique and some potential moving forward as a defender. He is a physical rusher who averaged 8.2 yards per carry this season on 53 attempts with 434 yards and seven rushing touchdowns. Defensively he recorded 44 tackles for the year with nine tackles for loss two sacks and one fumble recovery. 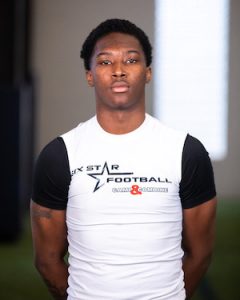 @pernell_beasley
A tall and athletic prospect who has a lot of potential as he moves forward. Beasley is a camp and combine standout who has picked up offers from the Missouri Valley and Clark University as of late. Beasley has good strength and size and has shown terrific improvement with his overall technique, footwork, arm strength and ball placement. He has a solid IQ, natural athleticism and the ability to both extend plays in the backfield and the ability to tuck it and create on the ground if he needs to. A player who will continue to develop and shows a terrific work ethic on and off the field. 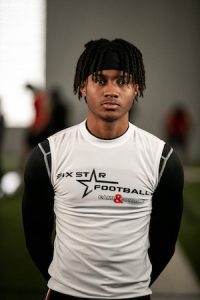 @_.nekoo9
An athletic playmaker who is very physical and scrappy. He has good size at 5’10, 145-pounds and showed an ability to track the ball and make plays through the air. He has quick feet and good footwork and can backpedal well and then turn and explode off his back foot. A player who always seems to be in the right place at the right time and he plays with good rhythm and timing. Gibson recorded a 4.94 laser timed 40 yard dash and had a 107 broad jump and a 29.0 vertical. Last season Gibson recorded 48 total tackles for the season with 18 solo, two tackles for loss and had one interception. 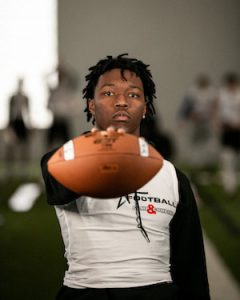 @Hunta__B
Jackson is a physical and productive defensive back who can stay with receivers in a variety of situations. He has good footwork and good acceleration and is good at tracking the ball and breaking up passes. Jackson is also good at targeting the ball at the point of completion and can knock the ball away from opponents and completely take them out of rhythm and out of bounds before they have a chance to complete a catch. He can finish plays in space against receivers and ball carriers and is good at helping his teammates and getting from one side of the field to the other. This past season Jackson recorded over 70 tackles and had zero touchdowns allowed and the fewest total yards allowed overall for his team. 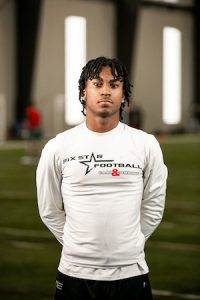 @thomascam5
Thomas is a two-way prospect who can see time on both sides of the ball. He is quick and has good size and is good at playing the ball and bringing down receivers on his own. He plays well in space and can make athletic plays through the air but is also a strong and underrated tackler. He is an athletic player who has definitely made an impression as a cornerback. This last season he recorded 34 total tackles with 28 solo, two tackles for loss, 6 assists, two fumble recoveries and two interceptions. He recently picked up an offer from Fontbonne University. 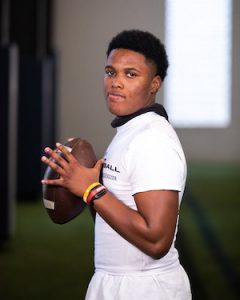 @QBLOS1
An underrated quarterback who has shown a lot of improvement in his all around game. Turner has good confidence in his ability and he was a clear stock riser at the event, showing good ball placement and good control as a thrower while also showcasing his ability to process information and make things happen with his mobility. He has some physicality and good balance and is able to extend plays and make throws on the move. He has a big arm for his frame and he has a lot of power to his throws, and can hit his target and make it look easy. He is a prospect who is still flying under the radar and one who has shown a lot of improvement.