A look at several uncommitted seniors who shined in St. Louis. 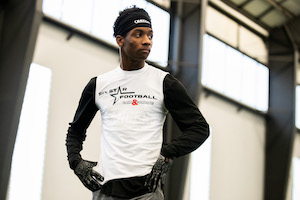 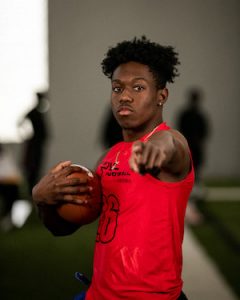 @laquantacrawfo2
An intriguing prospect who shows great confidence, bounce and overall athleticism, Crawford was a standout performer at Sunday’s Kickoff22 Showcase. He recorded one of the top laser timed 40-yard dashes at the event with a 4.70, had the top broad jump at120 inches and the second best mark in the vertical jump at 38.8 inches.  He is a quick player with good footwork and the ability to extend and bring down the ball through contact. Crawford runs well and can make athletic plays through contact. He has high point ability, good hands and the athleticism and leaping ability that can separate him from skilled CBs in man coverage. He can run after the catch and is good at finding holes and breaking away from defenders. A standout who produced this last season and showed excellent bounce.

@MalikHampton20
Lafayette standout Malik Hampton had a day on Sunday, recording four INTs in the competitive portion of the event and earned the proformapp.com top competitor as presented by Eric Biesel. Hampton is an extremely underrated safety who has good athleticism and a versatile skill set. Hampton has the type of game that translates to the next level and is constantly working and improving his game. He is a three sport athlete and a two-time first team all-conference and First team all district defensive back. He is extremely productive and has good speed and the type of athleticism to fly around and make plays. He has good anticipation and can stop the run and make plays through the air. This last season he recorded 104 total tackles with 65 solo, seven tackles for loss and two interceptions. He can also create some as a receiver and has some breakaway and track down speed. Hampton recently recorded a 28 ACT score, which should open doors for programs looking to recruit an extremely underrated prospect.. 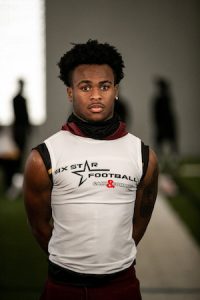 @10Kjacobs
An impressive receiving option who can consistently produce and make things happen wherever he is asked to see time. Jacobs is still flying under the radar as a receiver and he has done nothing but produce. He is a smart and athletic return man who is good at using his blockers and finding openings. He is also able to see some time on defense and shows good consistency as a receiver. He averaged an impressive 16.4 yards per catch on 44 attempts last year with 720 receiving yards and 10 total touchdowns. He also averaged an impressive 20 yards per return on 27 attempts and had 541 total return yards and one return for a touchdown. 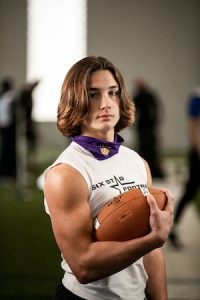 @peachdaddy2
A tough and physical safety who has a good combination of strength and speed. He’s the type of player who can fly around the field and is highly involved against both passing and rushing plays. He recorded an impressive 128 total tackles his senior year with 78 solo, eight tackles for loss, six pass breakups, 24 fumbles, one fumble recovery and one interception. He shows good technique and timing and is one of the more impressive hitters in space at his position. Jobe currently holds offers from Avila University, Culver Stockton College and Benedictine College. 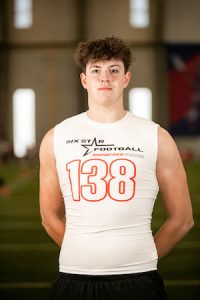 @ChaseKrug3
A tough and physical prospect who shows a great combination of size and ability. A player who can see time as a tackle, a pass rusher and as a tight end. He can be difficult to match up against given his height and length and can run over players and even create some in order to make tackles. He is likely to finish plays on his own and can get to the quarterback and stop ball carriers. Has good technique as an offensive tackle as well, good footwork and balance with quick set. 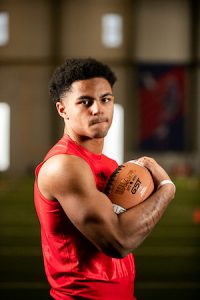 @makaiparton_
A tough and physical player who has the ability to break through tackles and move the chains, Pacific 2022 Makai Parton is one of the state’s most underrated RB prospects in the 2022 class. He has good size at 6’0, 195-pound and is an aggressive prospect who is very productive and has an underrated skill set. During the regular season, Parton had 1,910 yards rushing with 202 attempts and 34 TDs and earned second-team all-state honors in the process.  On defense he recorded 32 tackles through six games last season with 24 solo and one tackle for loss. 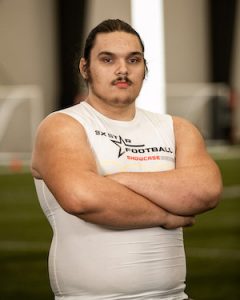 @BigFellaAP78
A large and imposing prospect who can hold back quick and athletic edge rushers. He is a strong right tackle who has a good feel for the position and shows good technique and power. He can overwhelm opponents with his size and uses his weight well and also has good hands and quick feet. He gets off the line with purpose and has a good quick set. Phillips hits hard at the line and is also capable of gaining momentum as he moves down the field. Looks good as a pass protector and in the run game and shows good mobility for a tackle. And out of area prospect who is flying under the radar at his position. Phillips recorded a 5.87 laser time 40 yard dash in a 95 broad jump. 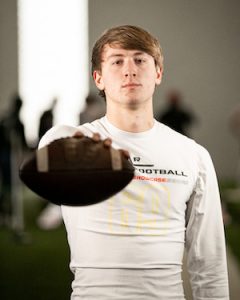 @poettkeralex
A tall and athletic quarterback who has an ability to stay in the pocket and make throws and find his receivers in stride. He has good ball placement and good confidence in his game. He can make big throws along the sideline but also find his receivers in space across the middle. He can move around some and has good rhythm and the ability to work through his progressions and not stare down his receivers when airing things out. A solid quarterback overall and an underrated athlete and thrower. 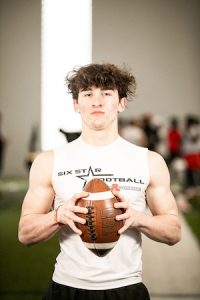 @chasexprice
A strong and underrated athlete who has good speed and decision making. He is an all-conference and all-district DB who can also see time as a ball carrier as well. He has good speed, timing and looks to make athletic plays through the air. He recorded 54 tackles last season with 26 solo, two tackles for loss, one fumble recovery and three interceptions. He also recorded five touchdowns, three rushing and two receiving and averaged 4.9 yards per carry on 31 attempts and averaged an impressive 49 yards per catch on three attempts. 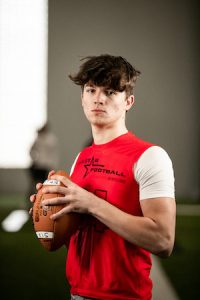 @nicksanfordii
A tall and underrated player who has good size, arm strength and improved footwork. Sanford is a talented player who has been able to produce and make good throws both inside and outside the numbers. He sees the field well and can time his throws and has shown a lot of improvement with his ability to read a play and even throw his receivers open. Has a good throwing motion and can time his throws well. Shows good all-around touch on big plays and quick outs and crossing patterns.  He was a standout all-around performer on Sunday, showing off a strong arm in the competitive portion of the event and shining in the combine where he recorded an impressive 112 inch broad jump. 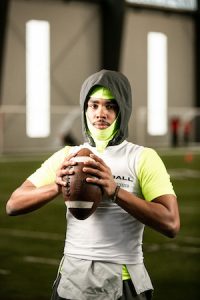 Caron
Spann
QB | 6'0" | 190
St. Mary's | 2022, 6’0,190, QB, 2022, St. Mary’s @Spann_caron
An underrated QB in the St Louis area who shows good rhythm and ball placement both in the pocket and when he is scrambling. Spann has terrific footwork and is able to put the ball in a spot that only receivers can come down with it. He is consistently throwing catchable balls under pressure and is able to get his feet set and step into his throws. Also has good mobility, can recognize a collapsing defense and has the athleticism to evade contact and move the chains with his legs. He currently holds offers from St Norbert and Iowa Wesleyan. Span threw for 2,213 yards last season with 36 touchdowns and only two interceptions and had a 161.2 passer rating. He averaged 8.4 yards per carry and had 351 yards and four rushing touchdowns.