Six Star Football takes a look at several prospects who shined in STL. 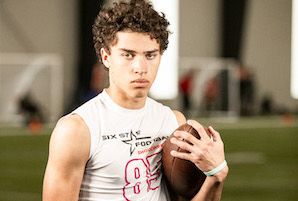 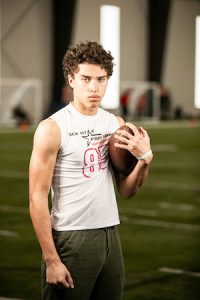 @Chase_Buford10
A quick and athletic prospect who can find his way past cornerbacks and come down with the ball. He’s a first option receiver who can make plays both inside and outside the numbers and show some high point ability as well. He can beat opponents with his straight line speed but also shows the ability to come back and make plays and then create some after the catch. A standout both during the regular season and end camp and combine settings. He has good size and good length then can come down with the ball through contact. Buford reported a 4.76 laser timed 40-yard dash, 115 broad jump and a 34.9 vertical jump. 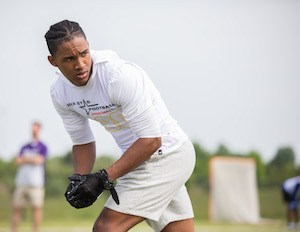 @_ericharris
A quick and agile athlete who can beat opponents in one-on-one situations and also be counted on to use his speed after the catch. He has good height and good length then can make catches in athletic situations. He averaged an impressive 15 yards per catch this last season and was consistently moving the chains and getting open. A player who understands how to create space and he is very tough and has some durability. 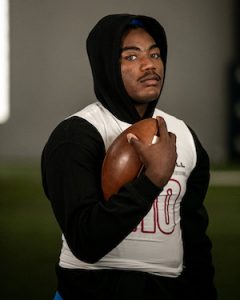 @1KeithHudson3
Hudson is an uncommon receiver who shows good toughness and the ability to hang on to the ball and unlikely circumstances. He may not have a common receiver frame but Hudson is incredibly reliable and is able to make some impressive catches through the air. He plays with a lot of hustle and can find clear separation against experienced defensive backs. Through five recorded games last season he averaged 17.2 yards per catch on 15 attempts and had 258 receiving yards and four receiving touchdowns. He also had 27 tackles for the year with 16 solo two tackles for loss and two sacks. 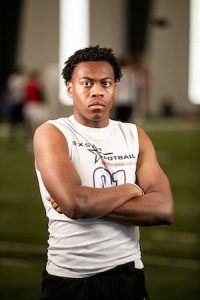 @xavierlashley10
A good athlete who can see time on both sides of the ball. Has receiving ability and good hands but also able to see time on defense and make plays against receivers himself. Has good toughness and some speed. Lashley is able to create space and maintain control through contact both before and after completing a catch. Has a good work ethic and is still pushing himself and looking for an edge. 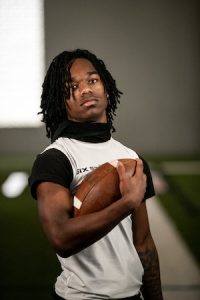 @Kamm3__
A versatile and athletic prospect who can see time on both sides of the ball and on special teams. He has good speed overall and can find his way through a crowd and create separation as a receiver. He can also operate as a ball carrier as well and can use his blockers and find open paths and use a speed to blow past linebackers. He is creative overall with the ball in his hand and has some physicality and the ability to wrap up opponents as well. Has improved with his routes and has very good hands and tracking ability. Long averaged 8.7 yd per carry last season and 13.3 yards per catch and had four total touchdowns. Defensively he had 31 tackles with 19 solo, 12 assists and two interceptions. 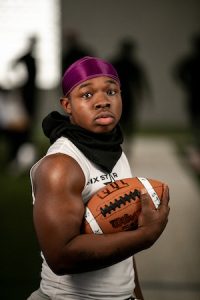 Michael
Love
WR | 5'5" | -
Riverview Gardens | 2022, 5’5, WR, 2022, Riverview Gardens
A smaller receiving option who plays big and can make good catches. He is a smart slot receiver who can get up and make catches in stride. Shows good hands and receiving ability across center field and can play physical and maintain control of the ball against physical linebackers and skilled CBs. Had a strong all-around performance on Sunday at the Six Star Football Kickoff’22 Showcase in St. Louis. 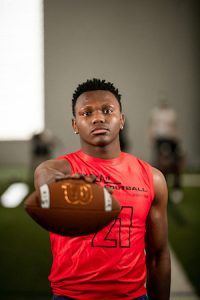 @TraceyLongley4
An underrated athlete who has a good combination of strength and in-game quickness. He is fast and loose and has the ability to make one-handed grabs and maintain control in off balance situations. He has real explosion and burst to his movement and has a good catch radius as well. He can make good grabs through the air and above his head and is always giving full energy and diving out to make plays. Longley recorded a 4.95 laser time 40 yard dash, a 106 broad jump and a 31.4 vertical jump. A player who is really flying under the radar but shows some real potential in his game. 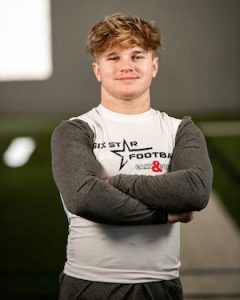 @zach_redwine5
A tough and physical athlete who can see time as a SB and a returner. Redwine is a very underrated prospect who is constantly producing and making things happen on his own. He plays physical and shows a high IQ and can make plays that showcase his talent and toughness as both a receiving option and a ball carrier as well. He is a quick player for his size and has good strength as well, reporting a 4.6 40-yard dash, 4.06 shuttle, 285 bench, 405 squat and a 230 clean.