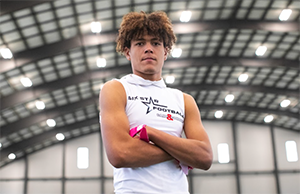 ST. LOUIS —  The Six Star Football 2021 St. Louis Showcase featured several of the state’s top rising class of 2023 WR prospects as several players took their game to new heights and showed off their all-around skills in both the Six Star Football combine and showcase events. 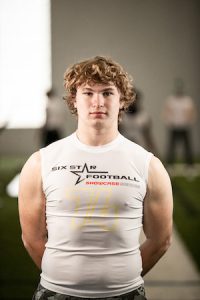 @BaylorAdamovsky
A multiple position athlete who can see time on both sides of the field. He can see time as a linebacker and a receiving option and is an underrated player on offense. He operates well as a slot receiver and shows good timing as well. Through five games he averaged 13.1 yards per catch on 12 attempts and had 157 yards and one touchdown. Can win one-on-one matchups and is always finding ways to get to open spots and make catches. 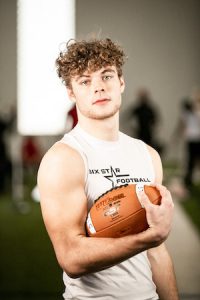 @jackburke8400
A versatile athlete who can see time on both sides of the ball and is very impactful wherever he is placed. He has good confidence both with the ball and without, shows the ability to fight through coverage and can stay on his feet after initial contact and continue to drive forward. He can find his way to the end zone and has good awareness to complete passes and stay in bounds. Burke averaged 10.7 yards per catch on 56 attempts and had 598 receiving yards and five touchdowns. He also was a standout on the defensive side of the ball and recorded 41 tackles through nine games with 10 solo tackles, 31 assists and one interception. 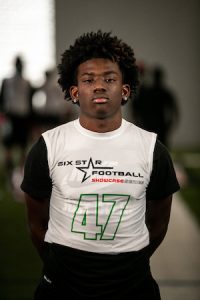 @ky1eup
A quick and elusive receiving option who has good speed and good overall leaving ability. He is a multiple sports standout who has good hands and timing and can get separation and complete big plays. Hughes has seen time in several positions  that showcase his speed and creativity and shows a shifty nature and the ability to create in unlikely circumstances with defenders flying around the field and playing physical. Also a standout in the combine portion of the showcase and a 104 broad jump and a 33.8 vertical. 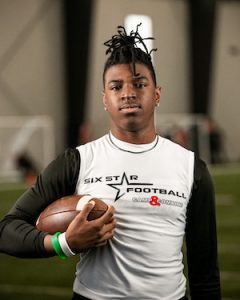 @Jenks_13
Another underrated prospect in the St. Louis area who has a lot of untapped potential. Jenkins has good size and muscle tone at 5’11, 170-pounds and is able to make some carries out of the backfield but also showcase good decision making with the ball as a receiver. He has good strength and muscle tone and can make good catches in traffic both inside and outside the numbers. Jenkins averaged 15.3 yards per catch this season and finished the year with 189 total yards and one rushing touchdown. Also a standout in the classroom with a 3.7 GPA. 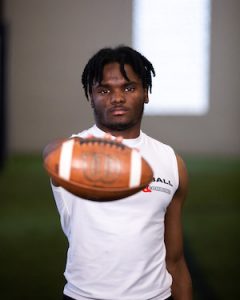 @MitchellTerran
A multiple position athlete who shows elite speed, athleticism and playmaking both with and without the ball in his hands. He has terrific vision for his size and can stop and start and evade contact extremely well through heavy traffic areas of the field. Through 10 games this last season Mitchell has been the leading scorer with four receiving touchdowns and three return touchdowns. He averaged 12.6 yards per catch and on 45 attempts for 565 yards and he also averaged 26.1 yards per return and recorded 861 total return yards. Also has shown a high level of production defensively with 71 total tackles, 60 solo and one interception. 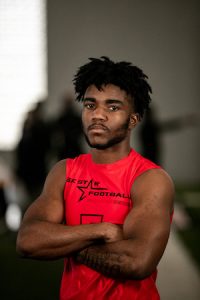 @balloutmavo
An experienced and underrated receiving option in the St Louis area who shows good athleticism and creativity with the ball in his hands. He is a multiple sports standout who is very active and he has good rhythm and the ability to create separation from opponents. He averaged 20.1 yards per catch last season on 10 attempts with 201 receiving yards and two touchdowns. He also saw time defensively through six games with 20 total tackles, five solo, five tackles for loss, three sacks and one interception. A solid player currently flying under the radar. 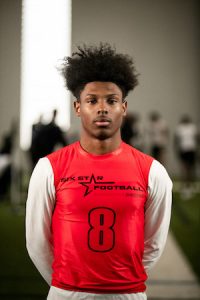 @willthomas_04
A quick and athletic and versatile prospect who has good hands and the ability to make things happen over the top. Thomas is extremely creative with the ball in his hands and is able to find separation and pull away from defenders. Last season he was very productive for Central and averaged an impressive 17.2 yards per catch on 34 attempts and had 584 yards and three receiving touchdowns. On defense he is also very productive and is consistent week after week. He recorded 25 tackles for the season and had 15 solo, 10 assists and one interceptions. Also averaged 14.4 yards per return on 16 attempts with 230 total yards. 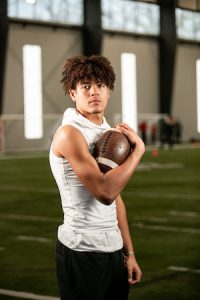 @javeionTiller
A versatile, two-way prospect who has terrific height and good length overall. He can make catches both inside and outside the numbers and is aggressive and very good at tracking the ball and making catches as both a receiver and a defensive back. Tiller averaged 13.9 yards per catch last season on 8 attempts with 111 receiving yards in one receiving touchdown. He also averaged 20.4 yards per return on 7 attempts and had 143 total return yards. Defensively, he recorded 26 tackles through 10 games with 21 solo, five assists and an impressive four interceptions. A player expected to take his game up a notch this next season. 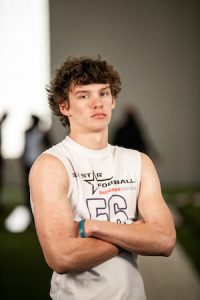 @BrantenWilson17
A good slot receiver and return man who has good speed and acceleration through traffic. He can outrun opponents in straight line situations but has the ability to come back to the ball or create out of the back field or even make throws on trick plays. A versatile athlete with good size and long strides and is very good at changing directions and using blockers to help him in returns and screens. During his junior season Wilson had 35 catches for 463 yards and six total touchdowns.