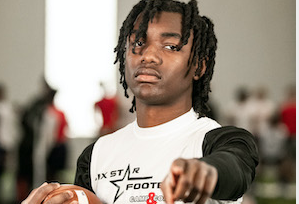 ST. LOUIS —  The Six Star Football 2021 St. Louis Showcase featured several of the state’s top young DB prospects as several players took their game to new heights and showed off their all-around skills in both the Six Star Football combine and showcase events. 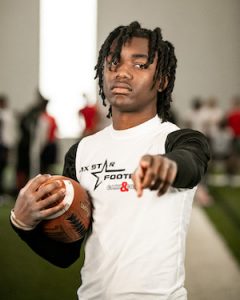 @djrunnetup
A scrappy, physical CB who can stay with defenders and make plays on the ball. He has good size and length and good muscle tone and is very energetic and always playing (both in drills and scrimmages) as if the game is on the line. He has very good hands and good playability and is able to get up and make things happen on the ground and through the air. 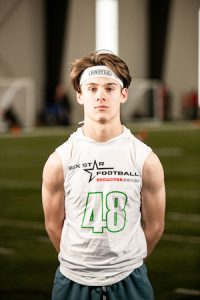 Peyton
Bullinger
S | 5'10" | 150
Ozark | 2025, 5’10, 150, S, 2025, Ozark
A strong and muscular safety for Ozark who has good footwork and a hard-nosed mentality. He is tough and physical and has good speed. Bollinger is listed at 5’10, 150-pounds and he takes his strength and conditioning training seriously.  A focused and hard-working prospect out of Southwest Missouri who shows confidence and some natural playmaking skills. 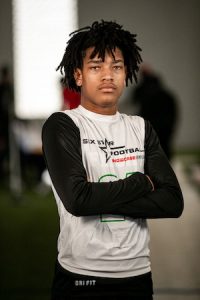 @Xchapman12
A productive prospect who has a good feel for space and how to make plays and time contact. He is a versatile defensive back who can stay with receivers, blitz the quarterback and also bring down opponents in space both through the air and on the ground. This last season he had a solid outing, with nine tackles after four games with two solo, one tackle for loss and seven assists. 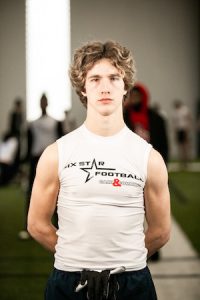 @brady_nolen
A player who has already had a lot of playing time for his age, Nolen brings good playmaking to the field for Festus and has shown good upside as a safety. A 6’0. 160-pound S who hits hard and shows some seasoned ability for a player in his grade. He is a multiple sport standout who has good size and athleticism and can get out and make plays against the run in space. He can also get out against receivers as well and he hits hard and can naturally make things happen.

@braydenwakula
An intelligent prospect both on and off the field who is also a baseball stand out as well. Wakula is listed at 6’1, 165-pounds and he shows good vision and good overall speed. He has good hands and timing and some receiving ability as well, which helps him on the defensive side as well. A smart and athletic player who plays hard and shows good hands and good physicality with his coverage and tackling.