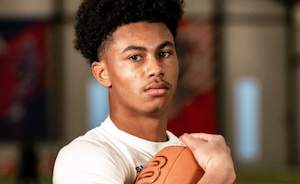 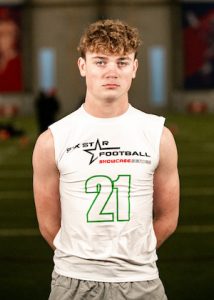 @flowers_ajay
A tall and smart player who has good strength, muscle tone and the ability to use his speed in a variety of situations. He has good muscle tone for his frame and he isn’t maxed out yet physically. A young player who can beat opponents with his straight line speed, but is also able to handle the physical aspects of the game as well. He pushes himself in the weight room and is showing good acceleration with his routes and after the catch. He reports a 4.9 40 yard dash, 315 squat and a 155 bench. 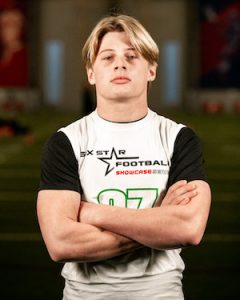 @JaxGlen
Glendenning is a productive prospect in southwest Missouri who shows a lot of potential in his game. A 5’8, 165-pound athlete who is extremely quick and very difficult to get your hands on. He has a versatile skill set for a freshman and puts a lot of time into his craft and is constantly pushing himself in the weight room with strength and conditioning training. A productive athlete who just plays hard and shows up wherever he is asked to play, Glendenning was also a standout on defense for LHS as a freshmen in 2021. Plays with a lot of passion and intensity and makes good decisions with the ball in his hands. 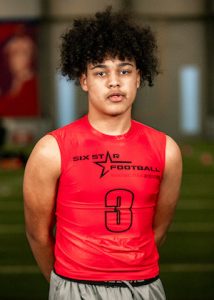 @Jaden44429300
A versatile and aggressive athlete who shows good timing and footwork. Griffin is listed at 5’8, 180-pounds and is able to create separation from defenders both as a rusher and as a receiver. He is a multiple sport standout who likes to use his speed and athleticism to his advantage and can see time as a ball carrier and a receiving option which can make him difficult to defend. He has a good work ethic and is constantly putting in the time and shows good dedication as well. 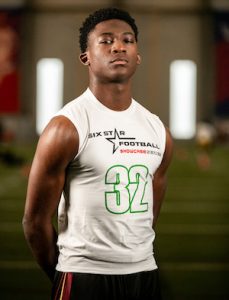 @KarvonJ
A talented two-way prospect who has good speed, good decision making and some upside moving forward. Jefferson has good size at 5’11, 175-pounds and is able to make plays both with and without the ball in his hands. He turns his hips well and has good footwork. He runs hard and has good awareness of defenders and for the ball when tracking. Jefferson can make catches away from his body, is good at creating with the ball in hands and is also a lockdown defender as well. Has a good IQ and continues to push himself with strength and technique. 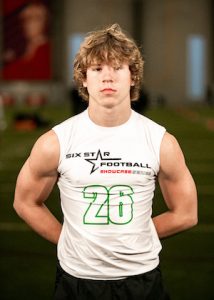 Dylan
Rebura
RB | 5'6" | 155
Nixa | 2025, 5’6, 155, RB, 2025, Nixa
Rebura is a smart and active RB prospect who shows some speed and the ability to make catches in stride. He is a versatile player who hits the gap hard and can make plays up the middle. Shows the ability to get out wide and make catches both in the backfield and down the field and can turn on the jets and pull away from defenders in the secondary. 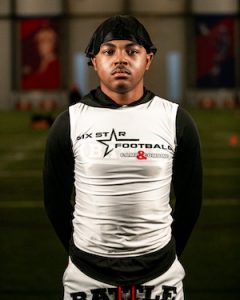 Courtney Rivers, 5’8, 160, RB, 2026, CBC
An athletic prospect who shows good speed and the ability to outrun opponents on the outside and then take it to the house. He has good rhythm to his step and has good athleticism moving forward. Has good hands and is able to get through the line and make plays. An underrated player who can make catches and then turn and create some. 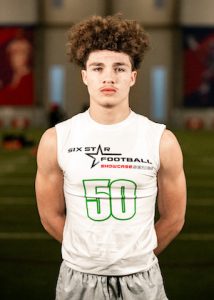 @jw_tate26
A two-way athlete who has good length, good hands and overall speed. Tate is listed at 5’11, 165-pounds and is able to make plays as both a receiving and rushing option. He is a strong player for his frame and is working on his strength training. He has very good speed and is good at staying on his feet after contact. Has a pliable frame and can make opponents miss in heavy traffic down center field. Uses the line well and has long strides and can break through coverage. 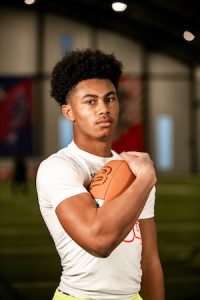 @JAT_2025
Thurman is a talented athlete who brings a lot of potential to the field. He has a great work ethic and is constantly working to take his game up a notch. He has a muscular frame at 5’11, 175-pounds and has good quickness and leaping ability. Shows good acceleration out of the gates, can turn in traffic, evade contact and just find ways to create with the ball. A smart and athletic stock riser sure to turn heads. He recorded a 4.80 laser-timed 40 yard dash and also had a 114 broad jump and a 33.4 vertical — all among the top marks for prospects in his age group at Six Star’s Kickoff Showcase.