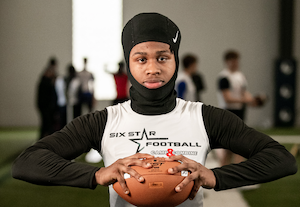 ST. LOUIS —  The Six Star Football 2021 St. Louis Showcase featured several of the state’s young WR prospects as several players took their game to new heights and showed off their all-around skills in both the Six Star Football combine and showcase events. 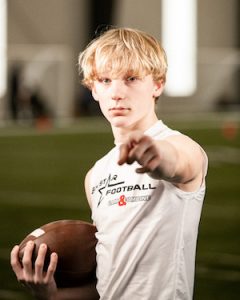 @BerryKaden
Berry can operate on both sides of the ball and has good athleticism. He can see time both inside and outside the numbers and is a reliable slot receiver who can make catches and then handle himself against physical opponents, something rare for a player at his build. He’s a tough-minded athlete who has good hands,and some pliability to his game, he shakes off physical DBs and looks to create separation in his routes. 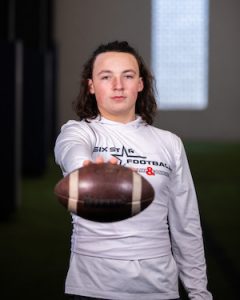 @EricJBrock
Another multiple sport athlete who brings good intensity, flair and passion to the field. He is a multiple position athlete and can operate as a ball carrier, a receiver and a linebacker as well. He has good vision for his frame and is able to use his athleticism and also his physicality to fight off DBs and LBs. He is comfortable with contact and has good hands and can push off against physical DBs and make catches in big moments. A player who can produce and find the end zone in traffic and show some awareness alongside lines as well. 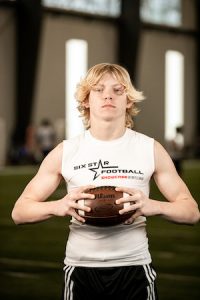 Cooper
Easley
WR | 6'1" | 175
Strafford | 2025, 6’1, 175, WR, 2025, Strafford
A tall, physical and promising talent from Strafford who has a great work ethic and some upside moving forward. He is listed at 6’1, 175-pounds and he can make some solid catches and feel comfortable with new QBs, although he has great confidence when playing with Strafford QB Jourdyn Edelstein

Jourdyn
Edelstein
QB | 6'0 | 160
Strafford | 2025. Easley can handle himself against experienced defenders who look to play tough and rattle younger players. Has a good deal of talent and plays a seasoned game. Good hands, timing and can fight off defenders and make tough catches with DBs right on him. 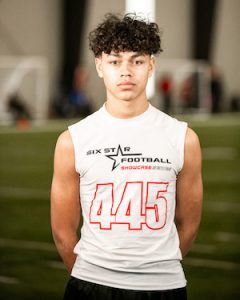 @Isaiahfordd
Ford is a versatile and multiple sport athlete who shows good toughness and the ability to make plays. He is listed at 5’11, 155-pounds and he can create some separation from DBs and has promise moving forward. An athletic player who has good muscle tone, he is well balanced through contact and shows some playmaking ability. Runs hard and can make athletic catches. Has a very good vertical at 30.9 and has good speed for his age as well. A playmaker moving forward. 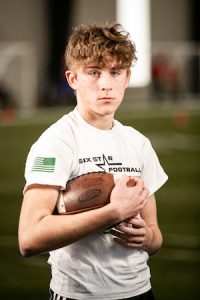 @DerekGablenz
Gablenz is a solid player who is able to get up and make some plays through the air. He has good hands, good catch radius and is also a versatile athlete who sees time as a punter. He is constantly staying in motion and looking to find separation and give the QB an easy target. He can make catches across the middle of the field and along the sideline and is good at sealing off defenders. He has good leaping ability and is quick both in straight-line situations and with the ball in his hand as he is looking to move the chains or find the end zone. 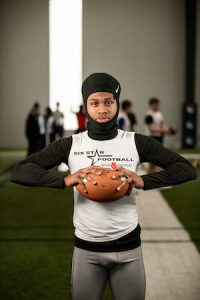 @314justoo
One of the state’s top prospect in the 2025 class who shows good size, bounce and all-around playmaking skills. He’s a good sized player listed at 6’0, 170-pounds and he is able to extend and make some solid off-balance catches. He has good speed as well and is creative with the ball in his hands and shows good potential in his game as well.A smart and athletic playmaker who is very productive on his targets. He averaged 24.4 yards per catch on 13 attempts and had 317 yards and five touchdowns. A tough player and a solid athlete moving forward who has already made big time plays for his team. 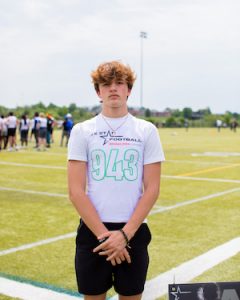 @Razzy_ATH14
Rasmussen is a tall and athletic prospect who can make plays on both sides of the ball. He has good length and good hands and he sees the field well and is able to find angles and beat opponents over the top. He has a multiple position skill set, able to operate as a receiver, a dual threat quarterback and a linebacker as well. A quick player who can make catches and then stay on his feet through contact, very physical and good athleticism. Has a high IQ for the game and is also a standout in the classroom with a 4.5 GPA. 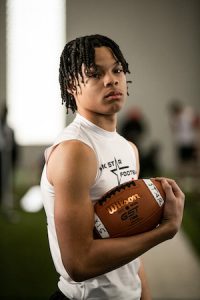 @COrey_Simms3
A tall and athletic player at CBC who has good size and some real ability moving forward. He is listed at 6’2, 180-pounds and he already has varsity playing time as well and he performs well against experienced defensive backs. A player who is already pushing himself with strength training and is very physical and athletic. He can line up at the top and is able to use his speed and length as a receiver. A talented player for his age who works hard and looks to get reps and showcase his ability. 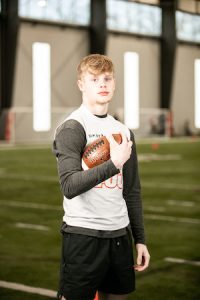 @CadenSykes48
A tall and athletic player who is constantly involved and always looking to make a play. Sykes is a multiple sport athlete who has a great work ethic and is very focused on his game and routes. A player who has good size for his age and position and he is a quick player as well. He can outrun a lot of opponents his age and can make over-the-top catches for big plays down the field. He can accelerate well off the line and after the catch as well. Versatility as a WR, can operate as a slot and first option. 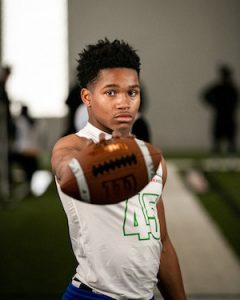 @Sgjay9k
A talented and athletic prospect who is able to make catches in a variety of situations. He can offer it inside and outside the numbers and is very creative with the ball in his hand. He evades contact well, can shake off would-be tacklers and open field situations and has an ability to slip past opponents and then turn up his speed. Player who is constantly looking to improve and is active and good at shooting through gaps and finding openings both as a receiving option and a running back. 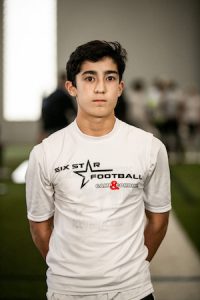 @ZwickerNick
A smart player who is also a multiple sport athlete and a multiple position player on the field. He is quick out of the gate and with his first step and is able to slip past linebackers and make catches underneath. He is able to use his athleticism as well, has solid leaping ability and good hands. A scrappy player who can make impressive catches and has a flexible build and some creativity with the ball in his hands after the catch.