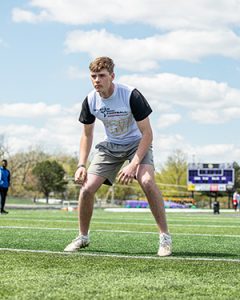 OMAHA SHOWCASE PREVIEW: ’22 class DB’s that impress for the Omaha Showcase – A look at many of the seniors to be for the upcoming Showcase in Omaha that are big timers, guys getting colleges looks and players looking to land some big time offers in the recent months for the next level.  A great class of DBs in the class of ’22 will be in attendance for sure. 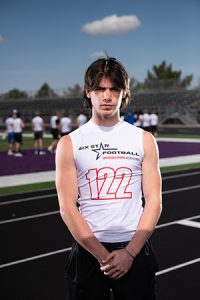 Elano
Alvarez
DB/S | 5'11" | 175
Park Hill South | 2022, 5-11, 180, DB, 2022, Park Hill South – Kansas City (MO) @alvarezelano
A player that also impressed in a huge way at the 6Star Football Showcase in Kansas City in late March, no doubt Park Hill South’s Alvarez is a player that is looking like the real deal and having one excellent offseason. This First Team All-Conference free safety is a player that is both fast and very aggressive and is one of those guys we could see getting some impressive next level offers with a big senior year in 2021. A very smart and instinctive player with interest from NW Missouri State and St. Thomas just to name a few. 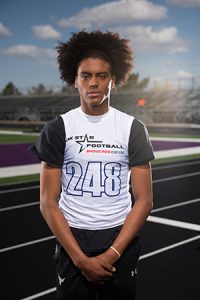 Jesse
Cruse
DB | 5'11 | 155
Lincoln | 2022, 5-11, 155, DB, 2022, Lincoln @CruseJesse
A very lean and athletic play making DB at Lincoln, he has gotten interest from Dakota Wesleyan and is a player that we think many other colleges should be looking at with his athletic frame and impressive play making potential in the secondary unit at Lincoln. A very good tackler, a play maker that loves to come up and make the big stop on the ball carrier, no doubt Cruse has all the makings of being one of the most impressive senior DBs for 2021 in the Lincoln area. 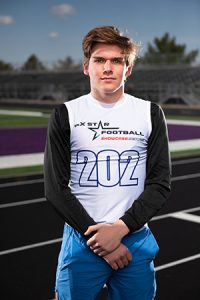 202 — Isaiah Daniell, 5-11, 170, DB, 2022, Yutan @isaiahdaniell11
No doubt one of the most impressive cover DBs in the state of Nebraska, a smart and impressive play reader and one of the most feared DBs when the ball is in the air, Daniell has proved that he owns it with some big time INT numbers at Yutan. Positions have included Safety, Wide Receiver, Punt Returner, & Kick Returner. Daniell is a player that flys to the ball and has great instincts and vision on the field as well as seeing where plays are going before they happen. Had 58 tackles and seven INTs in 2020 to tie all classes for the most in the state. Named an All-State honorable mention, 1st team all-district, 1st team all-conference, Wahoo Area all-defensive team, and Omaha All area honorably mention. Among his list of impressive schools looking at him are Augustana, Minnesota State, Dakota Wesleyan and Sioux Falls. 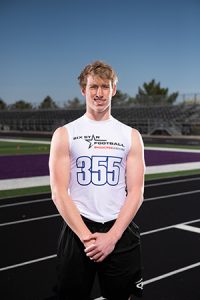 Kytan
Fyfe
DB/S | 6'2" | 190
Grand Island Senior | 2022, 6-2, 190, DB, 2022, Grand Island Senior @kyfyfe2
Played in nine games and had a very impressive 64 tackles, four tackles for losses , one forced fumble, two fumble recoveries, 1 Int TD, 9 pass break ups and had no TDs caught on him. Offensively he started the first four games at receiver and running back the last five he started QB playing receiver. Fyfe had 21 catches for 221 yards and two TDs and at QB he threw for 789 yards. No doubt one of the most dynamic impact makers you will find for sure, has been on the radar of Nebraska and Oregon State. 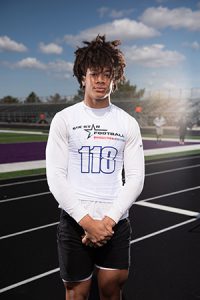 Hayden
Gilbert
DB/S | 6'2" | 185
Viborg-Hurley | 2022, 6-2, 185, DB, 2022, Viborg-Hurley (SD) @Hayd3nGilbert
One of the biggest defensive backs and most impressive at the 6Star Football Showcase in Omaha was 6-2 inch and 185 pound Hayden Gilbert of Viborg-Hurley (SD) High School. Gilbert is a play maker that can use his height and skills to go up and make some key plays and picks on the ball in the air, a WRs nightmare because of his height and aggressive style of play, Gilbert can flat out dominate the WR and take over a game in the secondary unit. 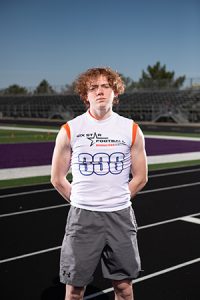 Garret
Hoffman
DB/S | 5'10" | 160
Sioux Falls Washington | 2022, 5-10, 160, DB, 2022, Washington – Sioux Falls (SD) @GarretHoffman13
One of the most highly recruited and talented play making athletes at the 6Star Football Showcase in Omaha was 5-10, 160 pound play making DB Garret Hoffman of Sioux Falls Washington High School. With a lot of interest from Moorhead State, Sioux Falls, Bemidji State, Concordia, and Dakota Wesleyan just to name a few, Hoffman no doubt has proven he is one of the elite DBs in South Dakota. Hoffman is a major athletic play maker that is among tops for being a shut you down safety and a hard hitting player that really patrols the entire field very well. 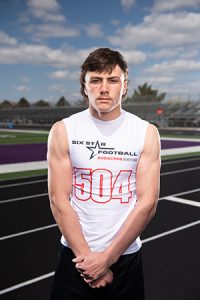 Cayden
Jensen
DB/S | 6'1" | 170
ACGC | 2022, 6-1, 170, DB, 2022, AC/GC – Guthrie Center (IA) @CaydenJensen
Jensen was one of the most impressive play making DBs and speed athletes at the 6Star Football Omaha Showcase and no doubt represented his home state of Iowa very well. This 6-1, 170 DB is gaining a lot of major college looks from schools like North Dakota State, Moorehead State, Bemidji State, Minnesota State, Augsburg, Drake, Grand View, and Wisconsin Eau-Claire just to name a few. This First Team All-State selection could be the most powerful hitter at the event, no doubt when you watch this guy on film be brings it every play and is one punishing hitting machine. As a safety Jensen had 48.5 tackles with 30 solo, 4.5 tackles for losses, and also had one interception. He was named a 1st team All District defensive back, 1st team all state returner, and his 40 time is 4.7. 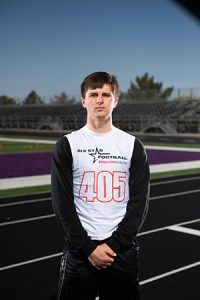 Elliot
Jurgens
DB/S | 6'0" | 175
Beatrice | 2022, 6-0, 175, DB, 2022, Beatrice @ElliotJurgens
One of the players we think is among the most tenacious defensive play makers in the state of Nebraska, no doubt Beatrice’s Elliot Jurgens is a fierce and very powerful hitting DB in the ‘22 class. A two way impact big timer that can do it all, Jurgens racked up 28 receptions for 513 yards and had six touchdowns. Also was very effective out of the backfield with 39 carries for 262 yards and 2 touchdowns. From he Beatrice secondary unit he posted 31 tackles and added four interceptions as one of the most dangerous DBs in the state when the ball was in the air. 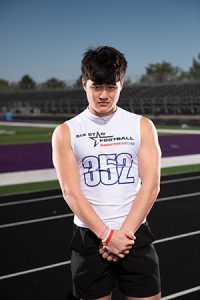 Kyler
Pearson
DB/S | 5'11" | 185
Norwalk | 2022, 5-11, 185, DB, 2022, Norwalk (IA) @pearson_ky
One of the guys that plays all over the field, this safety is a play maker that you can see is very strong, not just another DB, but a guy with some major power, Pearson can squat 405 pounds, and bench 260 pounds and could have been the strongest upper body DB at the Omaha Showcase, no doubt a player that for sure has that look and you can see the power is there to be one of the most imposing and hardest hitting DBs in the Midwest. Northern State, Wayne State, Drake, Moorhead State are among impressive schools on his list of heavy lookers so far.

Caden
Steiger
DB/S | 6'3" | 185
Lincoln North Star | 2022, 6-3,185, DB, 2022, Lincoln North Star @CadenSteiger
No doubt a player that is among the tallest DBs that attended the Omaha Showcase, Steiger is a gamer and a guy that can go up and bat passes down and big a big time play maker. Caden is one of those DBs that has big time next level size and the speed and field instincts to be a very impressive next level prospect as well. Steiger does not let anything get by him, a player that uses his length to make up big ground and close fast, one of those super hard to get away from open field tacklers. Sioux Falls is one of the next level programs that has been very impressed with this ‘22 North Star standout. 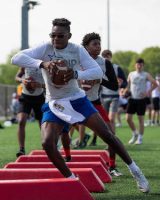 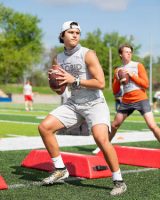 QBID SHOWCASE: Young QBs that are raising their profile (2024-25) 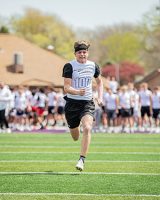 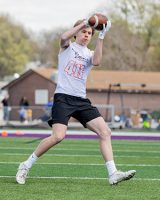 OMAHA SHOWCASE: A closer look at WRs that shined (2023)