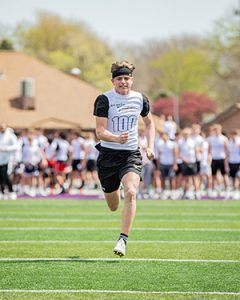 OMAHA SHOWCASE: ’23 class hot DB’s looking to show out at Omaha Showcase – A look at some of the big time play making DBs in the class of 2023 that shined at the 6Star Football Showcase in Omaha.  Event featured several big time play makers from all over the midwest looking to land big time looks and offers in attendance. 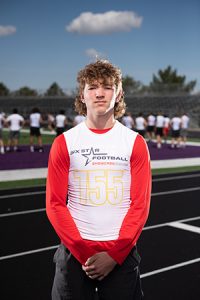 755 — Dalton Bergthold, 5-10, 155, DB, 2023, Dallas Center-Grimes (IA) @DaltonBergthold
Impressed and lucky to have this Iowa standout in attendance at the 6Star Football Omaha Showcase, one of the most athletic players at the event, Bergthold has open field speed that is hard to match and is one of those DBs that can make a QB pay the price with his tight coverages and ability to react and react in a very quick way for Dallas Center Grimes. Also uses his speed to be one of the most impressive and electric special teams return men in the state of Iowa. 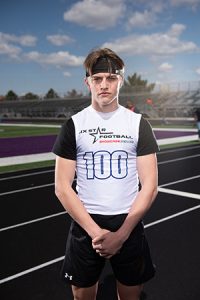 Sammy
Doggett
DB | 6'1" | 175
Lincoln SE | 2023, 6-1, 175, DB, 2023, Lincoln Southeast @SammyDoggett12
Doggett is a guy that is a gamer, really plays hard and puts in the work to be the best player he can possibly be for the secondary unit at Lincoln Southeast. Doggett is a DB that also has some good size at 6-1 inches tall, no doubt a guy that has a load of potential and promise plus some nice size as well.
Doggett plans on being Southeast’s starting cornerback next year weighing around 175 lbs. Doggett plays very aggressive and loves to hit and give pain, and also is a ball hawk and reads the QBs eyes very well and is agile and quick. 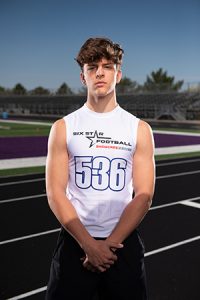 Reid
Hazen
S | 6'1" | 195
Millard West | 2023, 6-1, 185, DB, 2023, Millard West @reidhazen
Hazen will be part of a very talented defensive core in 2021, a player that has two big years left for Millard West, you have to like his size at 6-1, 185 pounds in their secondary unit to be a big hitter and a guy that could be an enforcer back there, no doubt experience and playing will make him better and better and no doubt has that body to be a guy who can make some major noise and get some big time plays for the secondary unit. Hazen is considered a very versatile athlete that can play multiple positions and is more of a speed-based player when it comes to his style of play.

Darnell
Jones
DB | 5'7" | 145
Omaha Benson | 2023, 5-7, 145, DB, 2023, Omaha Benson @Darnell_marion_
One of the hometown Omaha area play makers that is an impressive DB in the class of 2023 is Benson High’s Darnell Jones, a 5-7, 145 speedster that can close and make some impressive plays on the ball. Benson will look to several key play makers from their junior class of 2023 to step up and provide some big time defense in the upcoming 2021 season and no doubt one of those play makers with the most potential is ‘23 DB Darnell Jones. Also a very talented basketball player, Jones is an excellent athlete and that should help him make several key big time plays in the Benson secondary unit. 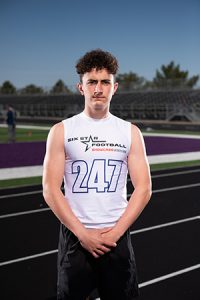 Owen
Long
DB | 5'11" | 170
Lincoln Southeast | 2023, 5-10, 170, DB, 2023, Lincoln Southeast @owenlong24
One of the impressive Lincoln area standout DBs for sure is Lincoln Southeast’s Owen Long, Long is a play maker that can really make some big time plays from both his corner spot and RB on the offensive side of the football. We look for him to emerge into one of the guys in their junior class for the season ahead as a guy that will make some key plays and be a big factor in the upcoming year. A player with some impressive skills and speed that could end up being a very good player. Long is a player that loves to play smart and aggressive when he can. Last year Long stayed very busy in the SE secondary unit and recorded six pass breakups. Long can run the 40 in 4.5 so has the jets as well. Owen also is a big time student at LSE and has a GPA of 3.5. 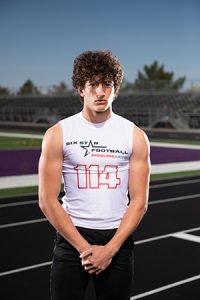 Gavin
Nunnally
DB | 5'11" | 175
Millard South | 2023, 5-11, 175, DB, 2023, Millard South @NunnallyGavin
With a 6-2.5 inch wing span, Nunnally can really really rip WRs easily and makes it a nightmare for them to make catches on the ball, 5-11 inches tall but plays like 6-3, a lean and muscular DB already with two full years left, no doubt Nunnally could be one of the huge impact makers for the Millard South secondary unit it 2021. We like his strong looking build also in the secondary unit and think he has some of the better all-around skills and has major potential to be a good one. 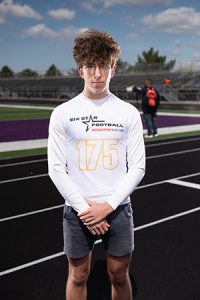 Sebastian
Turner
S | 5'11" | 155
Omaha Burke | 2023, 5-11, 155, DB, 2023, Omaha Burke @theofficial_23
The young up and coming junior to be for Omaha Burke will look to make his impact felt on either side of the pigskin, can play corner or WR for them and no doubt speed is an asset to his play making on both sides of the football. A Burke team looking for juniors to step up and make significant impacts, Turner, a player that can be an open field huge play maker that we like a lot, should be in for a good 2021 junior season ahead.