A look several'22 QB class standouts at the Omaha Showcase 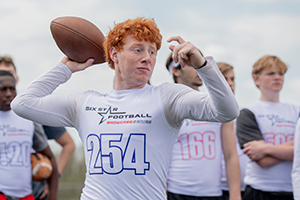 OMAHA SHOWCASE PREVIEW: Six Star Football takes a look at several of the upcoming class of 2022 QBs that shined at the Omaha Showcase, a very strong senior to be class of QBs that have great arms and big time games in store for the upcoming ’21 season. 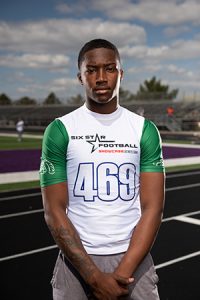 Pernell
Beasley
QB | 6'4 | 205
Cardinal Ritter | 2022, 6’4, 200, QB, 2022, St. Mary’s @pernell_beasley
One of the St. Louis’ area’s top rising QB prospects this offseason, Beasley is looking to make his mark in 2021 after missing the 2020 season due to transfer. Blessed with terrific size at 6’4, 200-pounds, Beasley has strong mechanics and the ability to quickly make reads and deliver the ball. He had a terrific all-around performance in Omaha showing consistency and the ability to both deliver the ball deep downfield or hit shorter route on time. 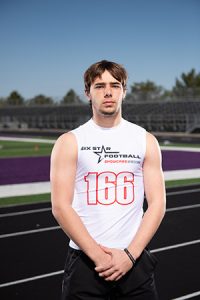 Carson
Blietz
QB | 6'1" | 185
Cedar Rapids Jefferson | 2022, 6-1, 185, QB, 2022, Cedar Rapids Jefferson (IA) @BlietzCarson
Blietz can do it all well, can get the ball out quickly from his shotgun setup, has some of the best natural touch on a football that you will see, really drops the ball into the right spots time and time again. A QB that also can really make some nice throws on the run, smooth under pressure and has that touch on ball after ball, a natural play maker with a good 6-1 inch frame for Jefferson High in Cedar Rapids, no doubt Blietz has big timer written on his game. 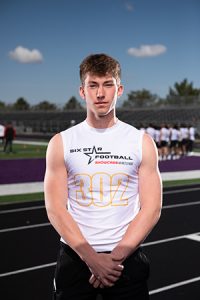 Michael
Delzell
QB | 6'2" | 185
Camanche | 2022, 6-2, 185, QB, 2022, Camanche (IA) @Michaeldelzell
One of the most impressive looking QBs at the 6Star Football Showcase in Omaha was Camanche Iowa’s Michael Delzell, a bigger 6-2 frame, one of the tallest QBs at the Showcase, this impressive far East Central Iowa QB really drops back 2-3 steps and flat out fires the ball down the field, one of the strongest arms at the Showcase, no doubt this guy has a major gun and really gives his targets a great chance to make those huge downfield grabs and big time plays. A hot looking Iowa play maker to watch out for, keep an eye on this senior to be in 2021. 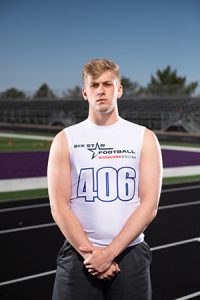 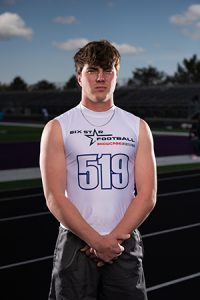 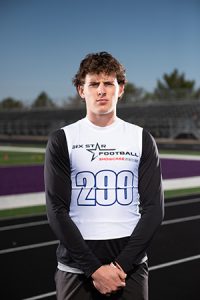 Clayton
Jacobs
QB | 6'1" | 178
Lutheran Parker | 2022, 6-1, 178, QB, 2022, Lutheran @clayjayqb10
We look at one of those guys that can make some very impressive plays, a QB that should be a major veteran that will be the focal point of the Lutheran offense. The All-Conference performer has a lot of impressive skills and among those are his abilities to fire the ball in their, the shotgun QB has one of the most impressive arms in the state, a guy that can put it on a rope down the field and make some great connections with his WRs, can throw with major power and velocity even on the run.

161 — Brody Johnson, 6-2, 185, QB, 2022, North Bend Central @Brodey_johnson_
Johnson was one of the true elite arms for velocity and accuracy, Johnson is a player that can make those huge plays and make big things happen. Johnson is a player that also is a very impressive athlete, not just another QB, but one of those guys that has some major athletic skills. For a well rounded game no doubt Johnson’s field vision and knowledge is among the most impressive out there for class of ‘22 hot Nebraska prospects to know. In just eight games played Johnson racked up 1536 Total Passing yards, 14 Passing TD’S, 157 of 231 for a huge 68.1 Completion %. He earned All state HM in the Omaha World Herald AND the Lincoln Journal Star and had the best completion % in school history. 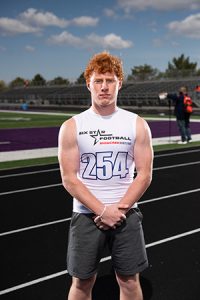 Hunter
Mortimer
QB | 5'9" | 185
Weeping Water | 2022, 5-9, 185, QB, 2022, Weeping Water @HunterMortimer3
Weeping Water High’s Hunter Mortimer will look to build on his 2020 season and have a senior season to remember in 2021. Runs a 4.9 and is a QB that also can play RB and outside linebacker on defense. For sure, Mortimer is one of the teams top athletes and a guy that just goes out and makes the big plays. Among the impressive next level colleges already looking at Mortimer are Southwest Minnesota State and Puget Sound. Has a very good touch and can air it out well and is a vicious hitting middle linebacker as well. Racked up 89 tackles on defense as well. No doubt he is a very physical, competitive player and the ultimate team player. He racked up an impressive 1,300 rushing yards, had 900 passing yards, and has talked to Midland, UNK, Southwestern College, and Lyon among others. 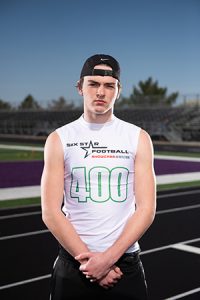 Cole
Murray
QB | 6'3" | 180
Waverly | 2022, 6-3, 180, QB, 2022, Waverly @colemurray_10
Murray is one of the top strong runners in the state from his QB spot, really can motor and hit the holes with the best of the best, great field awareness and a QB that is a true leader from his shotgun spot. Considered to also have a very good arm, and a lefty that in the state of Nebraska’s class of 2022 is a gem of a player for sure and a player that will look to lead Waverly to another fantastic season in 2021. Murray is a player that has attracted some impressive next level attention as well from schools like Drake, Augustana, and Wayne State just to name a few that really like the super senior to be in 2021.  Big time Duel threat QB that loves manipulating the tempo of the game to throw the defense off, intense style of play, Murray earned All district 1st team honors, was All class and All state honorable mention as well. His main colleges talking to him the most are Drake and Wayne State but some coaches have followed Murray are Fresno State, Montana State, Brown, and NW Missouri State. 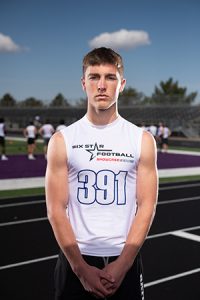 Tade
Parsons
QB | 6'2" | 175
Wapello | 2022, 6-2, 175, QB, 2022, Wapello (IA) @TadeParsons
Bemidji State, Upper Iowa, Wayne State, Sioux Falls, Iowa Central and Minnesota State are among the impressive schools that have really been showing a lot of attention and have been very impressed by this 6-2, 175 pound QB from Wapello Iowa High School. When you can put up go 87/132 for 1,399 total yards, 19 total TDs and 2 INTs in just eight games you really have some special talent, and no doubt we see Parsons going off for 1,500 plus yards and maybe pushing that 2,000 clip with his major skills and arm, watch out at Wapello in 2021. This big time pro-style QB is impressive but can run the ball whenever needed, in 8 games Parsons completed 87/132 for a big time 1,399 total yards and 19 total TDs. He was first team all district, on the All Eastern Iowa team, and 2nd team All-Muscatine Journal his junior year. 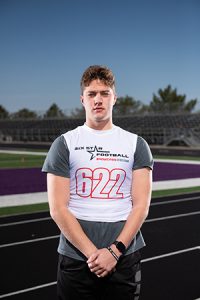 Max
Thomson
QB | 6'2" | 215
Sioux Falls Washington | 2022, 6-2, 215, QB, 2022, Sioux Falls Washington (SD) @Max_Thomson5
We take a look at a big 6-2, 215 very well put together QB, a guy that is tough for sure and gritty at QB, Thomson is a player for Washington High in Sioux Falls that can really air it out, shows great poise in the pocket, patient, smart and a strong arm gets you a long ways and Thomson has all of that and more. Can also get the ball out quickly when he needs to and buy some extra time with good footwork when plays break down. One of the hottest ‘22 QBs in the state of South Dakota, Thomson is the real deal. Some major schools are looking at Thomson, no doubt Sioux Falls, Northern State, Bemidji State, Augustana, and Minnesota State are among those that love what they see in his game. 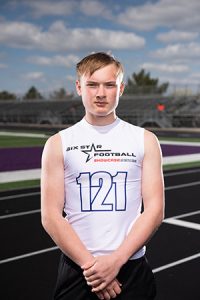 Kellen
Weber
QB | 5'10" | 160
St. Thomas More | 2022, 5’10, 160, QB, 2022, St. Thomas More (S.D.) @WeberKellen
An underrated athlete, Weber showed off his all-around physical attributes in the combine portion of the event posting solid numbers, including a 33 inch vertical and 101 broad jump. A versatile and talented all-around athlete, Weber is a standout outside linebacker who gets up field and makes strong tackles in space and has made his mark as a running back and full back as well. We like his leadership qualities, versatility and poise as he is able to impact a game all over the field. 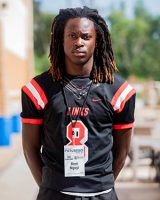