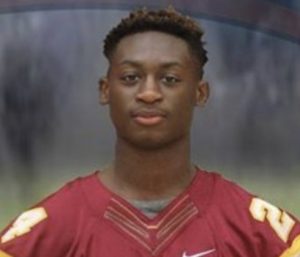 @jhnary1
Putnam City North is well known for putting some of the greatest athletes on the field in the state of Oklahoma when it comes to football and Jhnary Howard, a fast and focused LB with a hunger to be the best he can be is the next in line to claim his spot in that great list of players.

Only a freshman, Howard made three starts at Linebacker/Running Back and has speed to burn and knows how to play smart and aggressive football. He will no doubt be a name you will hear a lot of the next several years. The young standout averaged around seven tackles a game on the 2018 season.

Six Star — How do you feel your season went this year

Six Star — Who has been the most influential

Jhnary—I haven’t went to any

Six Star — What schools have shown interest in you so far

Jhnary—best game was against Choctaw, I had a lot of tackles

Six Star — What is your favorite class