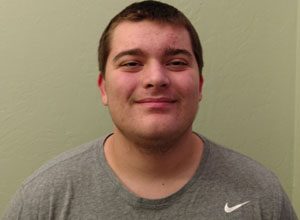 @JoshuaKoranda
Meet one of the young Linemen that is an up and coming player for the Wolves OL of Norman North High School. Class of 22’s Josh Koranda

Josh
Koranda
DL | 6'3" | 290
Norman North | 2022 is an energetic player that plays with a lot of emotion and can be in your face at times, a unique young leader already as a freshman.

Josh – Michael Boyette. My middle school coach that was very supportive and taught me so much more about the positions and the game.

Six star football – What summer camps did you attend/take away

Josh – Summer camps – (2018) OU, UCO and Northeastern U of OK. Two takeaways. 1. there’s a lot of other talented kids that have similar goals. 2. able to see where I am in my development in comparison to others.

Six star football – What did you improve upon (this past season)

Josh – I’m more focused. Developed my skills at each position. As I was usually the biggest kid on the field, Middle School was easy. The freshman year I had to focus on skills. I also learned other positions. On defense I played noseguard, tackle and defensive end. (Named Frosh Defensive Player of the Year.)

Josh – don’t have one favorite. Listen to a wide variety of music.

Josh – chemistry. I like the teacher and he makes it fun.

Josh – Yukon. We beat an undefeated team. I learned I could go to another level. I played almost the entire game both ways.