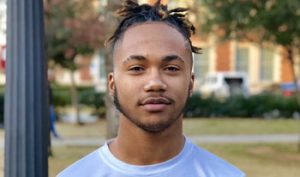 @theofficialmcl3
Reloaded and ready to repeat as state champs in 2019, Carl Albert has a load of talent back from last seasons team and with players lke speedy RB/S Miles Lewis coming back for three more seasons don’t expect the Titans to slow up any time soon.

This crafty speedster back is a special talent that has the ability to use everything to his advantage. He is a runner with great vision and is very shifty and hard to tackle, also very good open field ability to make players miss and break off big yardage plays.

Six Star football – What camps have you been to

Miles – This is my first year of Highschool Ball and I’ve been to a south eastern camp , and PC i also trained with an NFL running back Jimmy Rogers. Its truly an honor to be this blessed and able to be apart of something greater than I am.

Miles – was when I had 3 touchdowns and over 250 yards against Guthrie.

Six star football – A teammate that could be a Star is