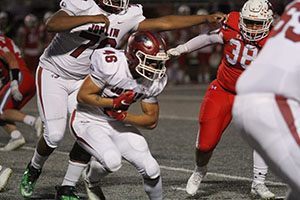 One of southwest Missouri’s top RB prospects, Joplin 2023 Drew Van Gilder is putting together a strong senior season and has helped the Eagles to a 4-1 record.

At 5’10, 185-pounds, Van Gilder is a strong, physical player who likes contact and combines the ability to pick up hard earned yards between the tackles with the ability to bounce to the outside and breakaway from a defense.

“I’d describe my game as extremely physical,” Van Gilder says. “I like being able to go head to head with a LB or a DL and be able to win that battle. Whether that is me just running the ball or blocking for my QB.” 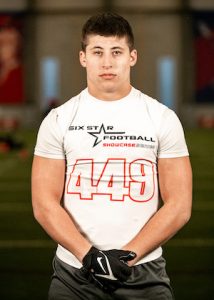 Through five weeks, the Joplin Eagles are once again among the top programs in southwest Missouri and have opened the season 4-1 after a hard fought loss to Nixa on Friday. Van Gilder has rushed for 524 yards and three TDs, while averaging 6.4 yards per carry. He’s also competing on defense and on special teams as well.

“ I think it’s coming together and our defense has been amazing overall,” Van Gilder said. “My goals this season were to contribute to wins any way I can and to play a little LB with my brother (Draven),.

“We want a State Championship before we graduate, so we’re doing our best to make that happen.” 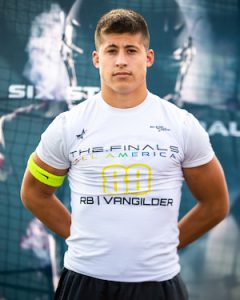 Van Gilder currently holds an offer from Culver-Stockton and plans to take game day visits to North Alabama and Ball State in October.

Van Gilder says when he’s not on the football field, he enjoys working out in the gym and hanging out with friends.

“We don’t get a lot of downtime, but I play video games or watch football when I’m just at the house,” he said.