Senior QB prospect drawing Division I offers as he puts together big season in Florida. 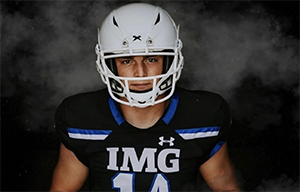 Parker
Leise
QB | 6'2 | 215
IMG | 2023 is making noise this fall at his new home in Bradenton, Fla. as he has put together a record-setting senior season at IMG Academy.

Playing for the IMG White team, Leise set the school’s single-game passing record earlier this season and has thrown for 872 yards, 12 TDs, and has posted a QBR of 112 through the team’s first four games. He has drawn offers from Kansas, Toledo, Miami (Ohio), Brown, Butler and Stetson, and interest from several other programs.

Leise is a 6’2, 218-pound Pro-Style QB with the ability to be a dual threat who has taken the experience as a LB as a youngster to the position as he runs with toughness and unique physicality. Blessed with broad shoulders and terrific speed (he has been timed at 4.66 in the 40-yard dash), Leise is not afraid to lower his shoulder to extend a play.

“That defensive experience allows me to understand defensive schemes and able to read and adjust quickly in response to what I am reading to capitalize on defensive weaknesses,” Leise said.

Leise says IMG runs offensive schemes that require high level QB IQ, an aspect of the game that he had adjusted to quickly and has helped him prepare for the next level.

“Each play call has an element of ‘choice’ that puts heavy pressure on the QB to tag routes, make adjustments at the line of scrimmage, and direct or re-direct the play to capitalize and create meaningful leverage based on the defensive coverage,” he says. “At the same time, the receivers are also running a “choice” concept whereby they are making decisions which routes they are going to take to create their own leverage and get into open space in response to the coverage they are reading. It takes discipline and confidence in both myself to trust what I am reading and the coaches in my decision making skills.”

SIX STAR FOOTBALL — Tell us about moving to IMG and what it has been like being around the program. How do you think the experience has paid off so far?
⭐️ “Prior to coming to IMG Academy, I have played for three different teams, three different coaches, in three different offenses. Each move I made was for the purpose of developing my skills as a QB at the highest level. Not every opportunity was without adversity but every opportunity I have learned and grown as a high level QB. Each team had its own unique offensive schemes that I learned and developed my serviceable skill set in many areas. I was blessed to be offered an opportunity to play at IMG Academy as QB1 of the top Varsity team my senior year for coaches who are highly skilled and demand excellence. I came to IMG with a Pro-Style fundamental skill set that allowed me to focus on the high level QB play required at IMG. Without the prior experiences and development of all the coaches in my life prior to coming to IMG, the opportunity to be successful at IMG would not exist. For that, I am grateful for my storied journey to IMG. IMG fits my personality to be around guys who want to learn and train and live the sport of football at the highest levels. IMG offers the facilities and resources to give me the best opportunities to achieve my goals as a QB to play and win championships at the next level.” 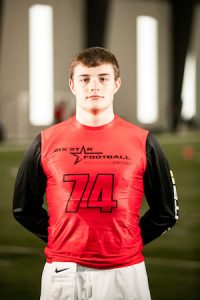 SIX STAR FOOTBALL — Tell us about dealing with the effects of a major hurricane rolling through Florida for people back home in Neb and Kan who perhaps haven’t experienced something like that.
⭐️ “Hurricane Ian wreaked havoc on Naples, Fort Myers and the island communities just 70 miles south of IMG Academy. The devastation is unbelievable and heart breaking. IMG started evacuation preparations as Hurricane Ian developed a more defined track and was expected to make landfall between Tampa and Sarasota. IMG sits directly between both cities at sea level. Unlike the tornados we face in Nebraska and Kansas without any warning to speak of, we had a weeks notice that Ian was making its way toward the western side of Florida. Many students flew home or evacuated to hurricane shelters at IMG Academy with food, beds, and even medical staff on site at IMG to ride the storm out. My family is living on Anna Maria Island and was under mandatory emergency evacuations orders. We left two days ahead of the storm to Orlando. We were without water and electricity for 5-6 days after the storm on Anna Maria Island but only suffered low land flooding and wind damage. IMG was closed for a week until all infrastructure was secure and safe for athletes to return.”

SIX STAR FOOTBALL — Please tell us about the season that you are having so far. How would you describe your play — as well as the team’s play so far this season.
⭐️ “We are a little over half way through our season and have a 5-2 record. We had a rough start with a disappointing loss to Manatee our first game. Unlike normal high school teams where guys have been together for years, our team had come together for the first time just 4 weeks prior to our first game. Our team has come together, learned the new offense, and built trust that has allowed us to be successful since our first game. We have grown as a squad. We play a very competitive schedule with our biggest challenges to come. Our team had the unique opportunity to play the NFL Academy team in London last week were we won 26 to 14. Before heading to the UK, our team had just returned to IMG after hurricane Ian and not been together or practiced for a week, then flew through night, had a whirlwind schedule upon arrival, to show up and play like we had not missed a beat. This team is special. It will be fun to see how we finish.” 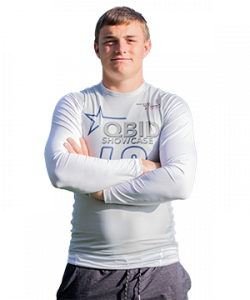 SIX STAR FOOTBALL — What were some of your goals entering the season? Do you feel you are on course to meet those goals?
⭐️”My goals are to develop as a QB at the highest level prepared to play and win championships at the next level. I am 100% confident in the decisions I have made, the relationships I have developed, and the opportunities I have been given have put me in the best position to achieve my goals at IMG. So much of this process is out of my control from a recruiting stand point. I stay focused on my game and my development and the things I can control.”

SIX STAR FOOTBALL — Who do you enjoy watching play? Is there a player that you pattern your game after?
⭐️ “JOSH ALLEN 100%!! I love watching all QBs though. Every QB at the college and pro levels has their own unique styles of play and skill set. I relate most to Josh Allen’s journey and style of play. He was an under the radar high school QB who was a multi sport athlete. Josh is a big shouldered QB with a huge tool box of QB threats. He has all the dual threat threat capabilities. He is quick and agile in the pocket with a big arm that get the ball down field with precision and accuracy and hit tight windows. His ability to extend plays within the run game keeps defenses off balance and accountable. He is a serviceable QB that has incredible situational awareness. As I watch any QB play, I relate and feel what they are facing. I put myself in those situations and find myself anticipating and reading the defense as if I was in that position. I love the sport and I love the QB position. It is who I am.”

SIX STAR FOOTBALL —  Have you been in contact with any college programs this fall?
⭐️”Playing for IMG Academy has afforded me the opportunity to developed new relationships with coaches over the last year. I am excited to see what opportunities unfold as a result. I made a game day visit to Wisconsin early this fall.”

SIX STAR FOOTBALL —  Tell us what you enjoy doing when you’re not playing football?
⭐️ “If you can peel me away from the field, I have been working towards earning my private pilots license. I have been flying solo since I was 15 years old. I have had to put flying on the back burner since coming to IMG but it is what I love anytime I have the opportunity. Having my family in Florida for the football season gives us fun opportunities to deep sea fish, spend time boating, and enjoying the beaches.” 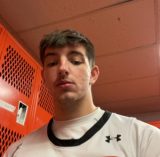 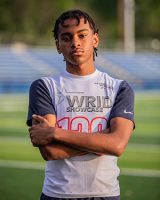