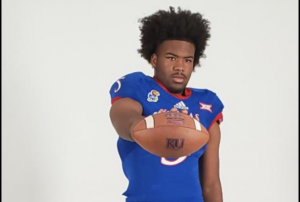 Missouri has a host of talented tight end prospects in the 2021 class who are drawing interest from college programs.

Now at Lee’s Summit North, Block was an impressive performer last year for a talented Lee’s Summit squad, showcasing good size, athleticism and production. He has the kind of tenacity as a blocker that college programs look for, yet can also provide his team a meaningful downfield threat. He shows good hands, body control and playmaking skills, He caught 15 passes for 177 yards and a TD last season. Block has taken visits to Mizzou and Kansas this spring. 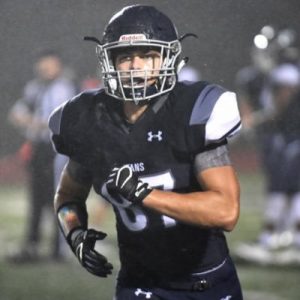 Also a standout student, Careswell is more of a threat as a blocker than pass catcher, serving as a hybrid H-Back/Tight End, helping pave the way for the Titans’ run game and serving as an extra blocker to help give the LSW passing attack a little more time to develop. He has terrific size, athleticism and the kind of frame college programs often look for with room to grow. He was also a standout on defense last season.

Clinton recorded one of the top 40 times among Missouri prospects at the first Six Star Camp & Combine in early May, running a 4.66 40-yard dash, an impressive showing for an athlete weighing in at 220-pounds.  He has established himself as one of the state’s top TE prospects in his class, combining terrific all-around athleticism, good size and strength and the ability to be a road grading blocker. He has the ability to overpower opposing players at the point of attack and utilizes a terrific combination of strength and leverage to help open big running lanes in the Cardinals’ run game. As a receiver Clinton is a threat in Webb City’s short routes as he can turn up field quickly and turn on the speed. He is a player to watch in the state’s 2021 class. 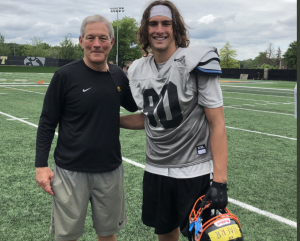 Abe Haerr is proving to be one of the state’s true hidden gems at the small school level and has shined this summer at various camps, combines and has taken several campus visits. Haerr showed terrific playmaking abilities as a pass catcher last season, showing the ability to go over the middle of the field, can climb the ladder and high point the ball and has good speed and breakaway abilities. He showed good technical skills as a blocker but will need to continue to get bigger and stronger in the future for the college game. He recently picked up his first offer from Division II Quincy. 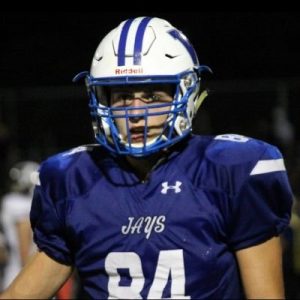 Also a standout defensive prospect, Hoerstkamp is a talented two-way prospect who hasn’t really gotten a lot of hype just yet. His film is impressive as he shows good athleticism, size and a projectable frame that could add size and strength with age. Hoerstkamp shows good toughness on the field, able to block at tight end, or get off blocks as a defensive end. He is a tough match-up at receiver as he shows good speed and the ability to climb the ladder and make tough catches downfield. He has good hands and can snatch 50/50 balls away from defenders.

Joiner is a tough, physical tight end prospect who plays with intensity and brings a competitive nature to the field. Joiner is a strong blocker and showed well at the first Six Star Camp & Combine, posting a 9’0 broad jump and a 37’0 power ball throw. He has already caught the eye of college coaches, picking up offers from Division I Toledo and Division II Missouri Southern and MIssouri S&T.

We also like Presson on the defensive side of the ball where he shows terrific instincts and the ability to cover a lot of ground quickly at linebacker. But he also has some tools as an offensive player and is a difficult match-up for most opponents. He has good size and plays much bigger than his listed height and weight would suggest. He has the speed and athleticism to beat teams down the middle of the field, can be too big and physical for smaller corners and is too quick for most linebackers. Presson shows good hands and playmaking skills. He currently holds an offer from Toledo and is drawing interest from several other programs as well.

Mostly known for his abilities on the defensive side of the ball as a pass rushing defensive end, Weiler has made his mark this offseason on the offensive side of the ball as well, impressive with his pass catching and playmaking abilities at tight end. He has an athletic frame and build and shows a good combination of agility and body control that shows on both sides of the ball. He is sneaky quick and uses his body well to shield off defenders and make plays on the ball.