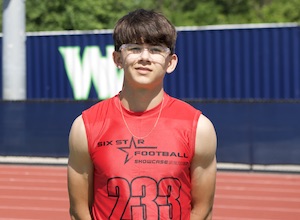 RANKINGS ID COVERAGE | Rising QB prospects shine at Showcase in Orlando (2023-24) — We look at some of the  impressive rising QB prospects in the 2023-24 classes who made some noise at the annual Six Star Football RANKING ID Showcase on April 9 at Deputy Scott Pine Stadium in Windermere, Fla. 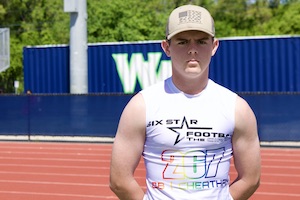 @cheatham1_mason
A tall and accurate QB prospect who has been working on his game and shows good development. He has good size for his age at 6’1, 175-pounds and he has good vision and a good understanding for the position. Cheatham is able to fit the ball in hard spots and can lead his receivers down the field, both across the middle and into the end zone. Brings a good off-season work ethic and continues to improve. 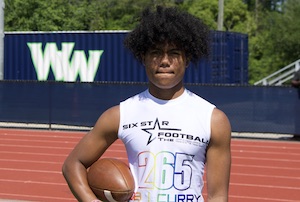 @jerome_curry4
A talented young quarterback who has good creativity and arm strength. He is a dual threat quarterback who can remain in the pocket and step into his throws but also shows good mobility and creativity on the ground. A 5’11, 175-pound athlete who works hard and has a good skill set and a strong arm. Curry has been pushing himself with his strength and technique training and he currently reports a 190 bench and a 270 squat. Curry will look to be a name to know in the coming years and is one of the better athletes in the team in his class, no doubt a versatile and impressive up and coming play maker in the Orlando area to have on the radar. 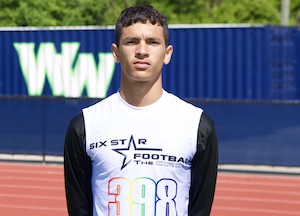 @2025Gdiaz
A quick and elusive player who is able to drop back and make solid throws over the top but also has good creativity on the ground. He is good at spotting schemes and can make throws in rhythm, and is also able to make big things happen on designed run plays or when the play breaks down and he is forced to scramble. This last season Diaz had 26 total touchdowns with 788 passing yards and 1,186 rushing yards (total of 1,974 all-purpose). A multiple sport athlete who has some upside as an athlete. 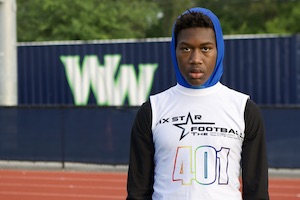 @Glenn_Foreman3
A nice young player who has a good size, energy and an ability to put the ball exactly where he wants. Foreman has good footwork and clean mechanics and throws a smooth and catchable ball down the field. He has good arm strength for his age and Foreman has some touch on routes that are short and long and everything in between. A nice player who continues to work and shows good leadership as well.

@BrockJoyce02
A very impressive looking up and coming ‘26 class arm from Oviedo, Joyce is a QB that is one of the better looking athletes we saw in the 2026 class at the 6Star Football Showcase and we have seen him be a QB that can do a nice job of using his feet well to pick up some big yards and make some very impressive plays happen for the offense.  No doubt he is one of the Orlando area QB prospects to have on the watch list for talent to know. 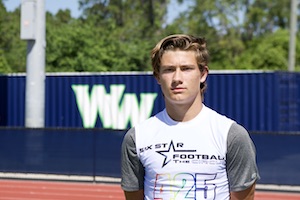 @Jkeillor_7
Good looking arm and athlete in the class of 2025 from Ocoee, Keillor is a QB with a good frame at 6-1, 170 and one of the names to know among guys that impressed us with arm strength at the 6Star Football Showcase in Orlando. Keillor is a very impressive player under pressure and one of those guys that does a very good job of seeing a play develop very quick and making the right throws which makes it tough for defenses to have a chance at making a good play on the ball.  Big things are ahead for this ‘25 QB to know at Ocoee. 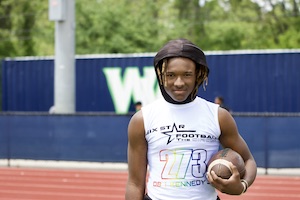 @TonyKennedy2x1
Kennedy clocked a 4.38 mark in the pro agility at the 6Star Football Showcase in Orlando, proving to be one of the quicker play making QBs at the event, class of ‘26 playmaker and athlete for keep on that high radar for athletic skills and being a future play maker on the rise from Highlands. A good athlete who has good size and athleticism. He is listed at 6’0, 185-pounds and brings vision and good athleticism to the field. He is a dual threat option who understands how to create on the ground and also has good overall arm strength.

@angelmiles352
Miles impressed in the pro agility with a nice time of 4.34 in the pro agility, no doubt one of the athletes that we could see being a nice speed threat for the offense at Pasco, Miles in  the ‘24 class will have two big years left to use his quickness and be a QB prospect that could be a hard on to hande out of the backfield with his footwork in space and abilities to make guys miss.

@MichaelRyan1_
Ryan clocked a 4.67 time in the 40 yard dash and a pro agility mark of 4.56, one of the better speed guys at the event in his 2025 class, Ryan should be an athlete to watch for at Durant, and is one of those guys that can make a huge impact in many ways, no doubt a play maker that is looking to have a big 2022 season as a sophomore for Durant. A multiple position athlete who can see time as a quarterback, a kicker and a punter. Ryan is listed at 5’10, 140-pounds and he has good lower body strength as well. He is able to step up in the pocket and make throws and can find receivers nicely both inside and outside the numbers. Has some touch on shorter passes along the sideline and plays with some confidence. 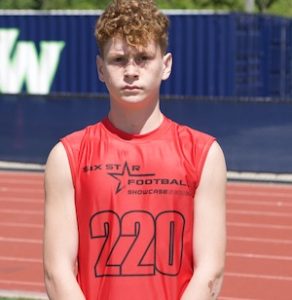 @BabyGoatQB1
One of the names to know from the 2026 QB class, from Hudson, Wallace is a player that has shown a good arm early on in his career and could be a very good player in the coming year, showed some active footwork at the 6Star Football Showcase in Orlando and is one of the guys we think could really be in for a big year as a freshman this upcoming season, no doubt Wallace is a play maker and a guy that could be a key player in his class and a future offensive impact maker to know. 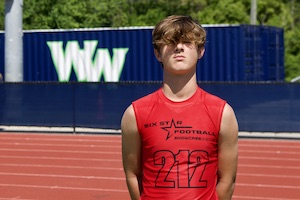 @noah_wariner
Wariner, who clocked a 4.66 pro agility time at the 6Star Football Showcase in Orlando, is one of the arms we liked a lot at the event, a very lively arm and one of those guys that has some of the top potential to be an impact QB ahead for Navarre. Warner, 5-9, 135, is a play maker that can use both a big arm and big speed to make impressive plays happen on the field, arm has impressed and also a QB that loves to run, makes guys miss and could be a big exciting offensive impact guy for Navarre. 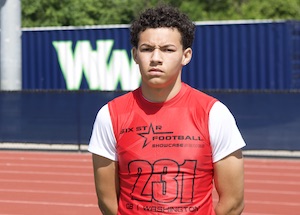 @Isaiahw0623
A good looking arm, no doubt Washigton had some very impressive throws at the 6Star Football Showcase, showed a knack for nice touch and strength of arm along with dropping the ball in excellent places for receivers to make good plays and catches on the ball. One of the names to know in the 2025 QB class, Washington is a play maker and a smart QB that makes good choices on the football field.  One from Riverview to have on the radar watch list for ‘25 class QBs. 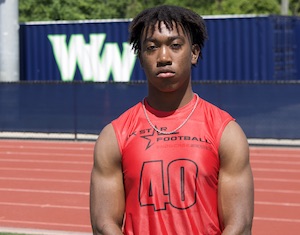 @JoshTobiWilson
Wilson was one of the top young names to know in the 2025 class at the 6Star Football Orlando Showcase, he record a 40 yard dash time of 4.69 and a 4.56 time in the pro agility, no doubt a nice future weapon from Navarre, you have to like his physical frame and his speed as a great combo to make big plays in the immediate future.  A strong and promising athlete who brings a solid skill set and a high IQ to the field. He is a talented dual threat option who sees the field well and brings a nice combination of strength and speed to the field. He’s a versatile player who can see time on both sides of the ball and is able to make plays as a thrower and a DB. He can burst through traffic with ease and shows great decision-making with the ball in his hands for a player his age. An underrated quarterback who has already made quite a statement as a defender. He reports a 36-in vertical and has a 250 bench, 375 and a 350 deadlift.