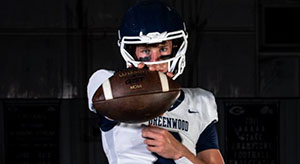 Could ties down south help Mizzou pull in a star recruit four years from now?

Greenwood, Arkansas 2026 phenom QB Kane Archer is believed to be the youngest prospect Mizzou football has ever offered when the Tigers extended an offer on July 29.

Yes you read that right. Mizzou offered the then 13-year old Archer just weeks after he completed his seventh-grade year and before his eight-grade year began.

Mizzou was in on him even before his home state school as Archer picked up his second offer from Michigan the next day, and his third offer later that fall when home state Arkansas offered him on Sept.13. He has since blown up on the recruiting scene as he already holds ten NCAA Division I offers, including Texas A&M, Florida State, Arizona, Louisville, Ole Miss, Hawaii and FAU. With four years of high school football ahead of him, he’ll likely have his pick of schools to choose from by the time he’s able to sign a letter-of-intent.

But still, there’s something to be said for being first to the party. 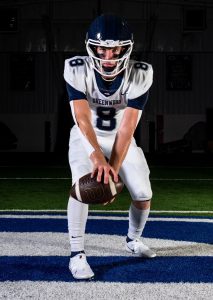 Archer says he was recruited by both head coach Eliah Drinkwitz and special assistant coach Rick Jones, both of whom are from Arkansas. Drinkwitz grew up in Alma, Ark and later attended Arkansas Tech, while Jones was the head coach at Greenwood for 18 years.

“I appreciate Coach Drink and Mizzou, it’s a blessing for me,” Archer told Six Star Football in a Monday interview.  “I was so excited when they offered, I knew since I was very little I was gonna play pro football and this (first offer) was just confirming a step in that process.”

While he has not yet had an opportunity to visit Columbia, Archer says he plans to do so in the future.

“I pull for those guys every Saturday!” Archer says.

So how good is Archer? At 6’1, 190-pounds, he has good size for a youngster and the kind of frame that will almost certainly continue to grow with age. He reports solid combine numbers (4.79 40, 31 inch vertical) — especially for a 14-year old — and is extremely quick and agile.

And, he has 10 inch hands, which is larger than a significant number of the starting QBs in the NFL. 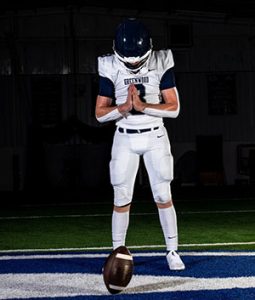 His film, even for a youngster who has yet to play a high school game, is mesmerizing as he is light years ahead of his peers in his understanding of the game, ability to read defenses, deliver the ball on time, and make things happen when a play breaks down.

“My best attribute is my mind/IQ,” Archer says. “I make very good decisions with the football and I’m really quick so I’m able to extend plays when the play breaks down. Most of all I’m mentally tough, I can be down in the fourth quarter and as long as I get the ball back I never think we are gonna lose until the clock says 0:00.”

Archer doesn’t lack for confidence and says he doesn’t feel the pressure of being a kid with multiple offers before his first varsity snap.

“No pressure, this is who I am and who I’m going to be, so I’m excited for varsity ball,” he says.

And Archer does have an additional connection to the state. He spent his youth playing with the KC Outlaws, a youth football organization that has garnered national acclaim. It was there Archer began to turn heads.

“The KC Outlaws was one of the best things that happened to me,” Archer said. “We got to play the best talent in the United States for years. I was playing on a local team and  played against the Outlaws and at the end of the game they recruited me to play for them and the rest is history.”