Timberland WR is seeing his stock rise with college coaches this offseason. 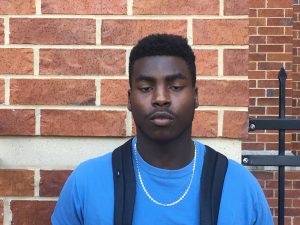 ST. LOUIS — Timberland 2018 Damarius Davis is emerging as a rising player to watch this upcoming season after hauling in 13 passes for 210 yards and two scores last season.

At 6’3, 220-pounds, Davis brings an old-school mentality to the football field and says he enjoys the often overlooked aspects of the game the most.

“I love blocking and destroying cornerbacks,” he said. “I bring leadership, accountability, and performance to my team. They know I’ll always perform in the clutch when the game is on the line.”

A year ago, Davis helped Timberland put together a 6-4 season and scored the Wolves’ only touchdown in a 9-8 loss to Fort Zumwalt South.

“I could’ve done more to help my team though,” he said.

This offseason, Davis is working on his route running, ability to catch and his running after the catch.

He began playing when he was eighth-years-old for a Boys and Girls Club in St. Louis. He says the most influential person in his football career to date has been Jonathan Honor, who was a Timberland teammate for two years.

“He was one of our best players and one of our hardest workers,” Davis said. “His hard work paid off with multiple scholarships and he’s just someone that did it the right way”

A fan of Atlanta Falcon WR Julio Jones, Davis says he tries to pattern his game after the Pro Bowl player.

“I think he’s the most gifted receiver I have seen,” Davis said. “I pattern my leadership skills after Shannon Sharpe, I like his ability to get in the opponent’s head and take them off their game while lifting his teammates up and getting the most out of them.”

Davis does not currently hold any offers, but has drawn interest from several schools, including Southern Illinois, Southwest Baptist, SEMO and Missouri Baptist.