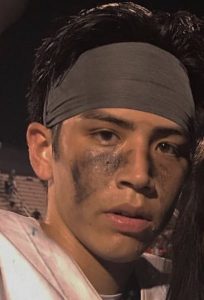 @BradHensley_3
Fast, Fearless, and Explosive are just three of the many complimentary words that fit and are accurate in describing senior wide receiver/defense back standout Brad HensleyBrad
Hensley
DB/WR | 6'0 | 175
Cascia Hall | 2019 of Cascia Hall High School in Tulsa.

Hensley is a true play maker who is always looking to make his next move on the defender, his shake and bake style of play makes him hard to get ahold of and a nice offensive weapon to have for the Cascia Hall offense. very exciting player to watch and is a natural athlete with a very bright future ahead at the next level.

Brad —I got to work with the safety coaches and took a lot of the stuff I learned and am trying to apply it to my technique this season.

Brad —I have improved on my speed and my strength this offseason.

Brad —I have shown interest in Drake and Tulsa University. Drake, Texas State are the two school who are showing their interest towards me

Brad —getting a certain sandwich from Jimmie Johns.

Brad —Last year vs Grove. I had two interceptions and two touchdowns on offense.