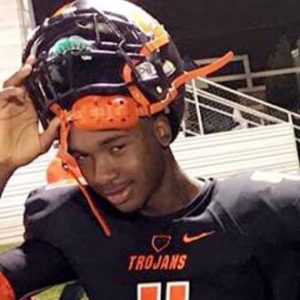 @Bj_Era4
Bryan Zeigler is one of those athletes that can play all over the field, and does just that for Douglass High School. His main position is safety and is a pure ball hog.

Look for some amazing things in store for the 2019 season for Zeigler. Versatility is the name of his game.

Bryan —Even though we really didn’t have a great season as a team cause we have a young team we all still learning the game but next year going to be the year I promise this just motivated me to go harder next year stay tune on the come up things I need to improve in this off season is to get get bigger & faster.

Six Star — How was your summer what did you improve upon

Bryan —I had a great summer working on craft getting better & better.

Six Star — What schools has shown the most interest in you

Six Star — How Teammate to keep an eye on