Armstead class of 20 receiver looks ahead to 19 season 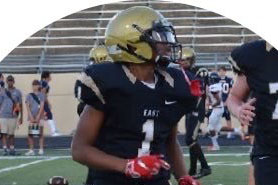 @danny2smoove
Meet class of 20 Broken Arrow receiver Danny Armstead. A receiver that has big hands and long arms and does a nice job catching ball and route running, can get open in man or zone coverage and had a good football IQ. The transfer from Texas could be one of the many players the Tigers factor into their offensive schemes in the following season.

Danny – All my brothers and my parents influence me the most

Danny – Went to the North Texas camp and learned that there’s a lot of big and fast players and you have to find something that separates yourself from others athletes This summer I grew a lot, got stronger in the weight room picked up some weight and got faster.

Danny – my favorite song is Mo Reala by Zaytoven